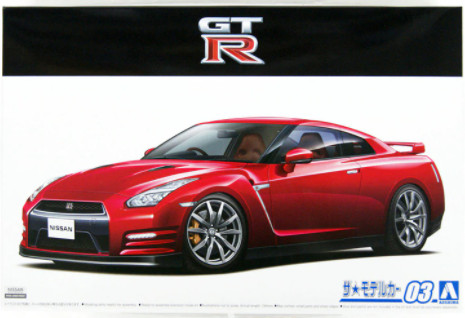 The history of Nissan's GTR dates back to the late 1960s and early 70s. Hardcore fans will know previous generations of the Nissan Skyline by their generational code such as the KPGC10, R32, R34, etc. These remarkable cars, nicknamed "Godzilla" had high performance numbers and a racing history using a twin turbo, all-wheel drive setup which excited car lovers and racing fans alike. Unfortunately, none of the previous generations were available in the Unites States and seeing one was a very rare occurrence.

Nissan's latest generation of the GTR was released in 2009 after debuting at the Tokyo motor show in 2007. Many Nissan fans were excited to see the newest version of GTR which would be available for sale in the United States. The performance specs are very impressive, with the VR38DETT twin turbo V6 putting out 480hp and 430 lb-ft of torque. The GTR drove around the Nürburgring in a staggering 7 minute, 26 seconds, faster than the Porsche Carrera GT by over a second and only a second slower than the Ferrari Enzo! This monster is clearly worthy of the name Godzilla.

The GTR is popular with the tuning and racing community and there are different versions of the GTR that can be built. This one in particular is the Pure Edition. Aoshima has created a beautifully crafted kit. It's in 1/24 scale and has a lot of great detail parts. There are several parts trees which are molded in different colors. The body is molded in white plastic with very little flash that needs clean up. The interior, molded in black along with the suspension and undercarriage, has very good detail. There are a few other smaller parts trees including several chrome sprues which have great headlight detail, mirrors, exhaust tips and wheels. The clear parts include a full wrap around window with precise masking templates for the borders and lens covers for the headlights. The kit does have full engine detail but does not include the drivetrain.

Overall, the kit goes together very well which resulted in an extremely fun build. The kit instructions are very clear, have a great paint code guide and has great detail on the smaller parts like suspension and brakes. The engineering is precise, the plastic had no warps, and has great parts under the hood. Another aspect of this kit that I love is that the suspension is functional and you can pose the front wheels. Simply follow the assembly guide which takes you through the process, and you end up with great looking, functioning steering which adds to the appeal when on the shelf. It builds up as a right-side drive which is always a fun little change of pace.

I decided to build the GTR in classic gray, which would match the color of the previous generation R34 I built. I figured it would look great sitting next to the GTR. I used Tamiya TS17 Aluminum aerosol paint followed by Tamiya TS13 clear. I used Tamiya TS29 semigloss black for the engine bay and undercarriage. I wanted to give it a showroom look and this works to give it a recently detailed look when displayed. This was the first model I built since getting a couple of the Molotow chrome pens. These work great and I was able to get the reflective metal pieces look for some components under the hood. I painted the interior of the seats red, which is what I observed in research, and it would also match the way I painted the previous generation R34.

This kit was an absolute blast to put together. Modeling can sometimes be a troubleshooting exercise on how to get things to fit and to eventually make them look good. This kit will not give you any new troubleshooting skills at all! The parts all fit great and everything lined up very well, no issues there. I really enjoyed putting it together. Aoshima did a great job creating this kit. It looks great as a completed piece and I would definitely recommend it to anyone who is interested. It is such a good kit that I could see building it again in the future. Happy modeling. 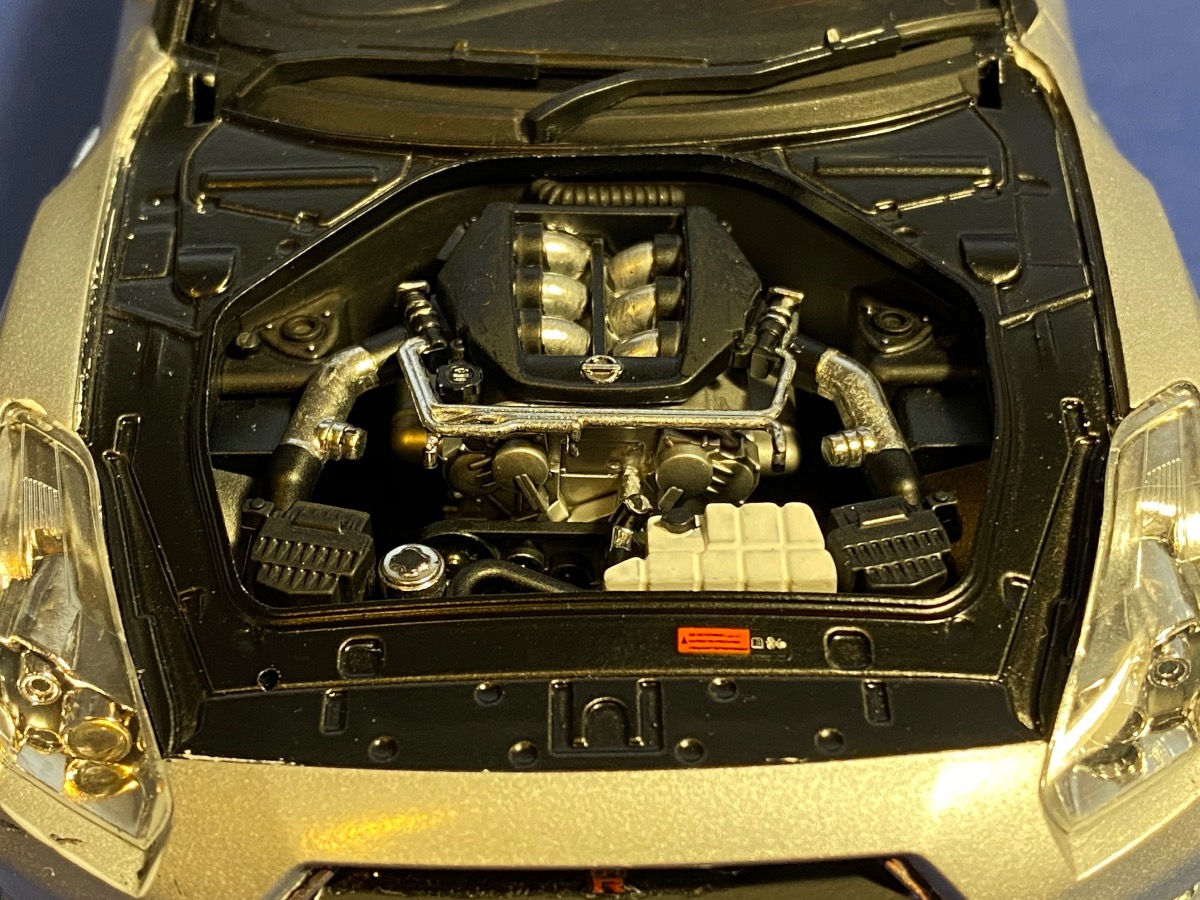 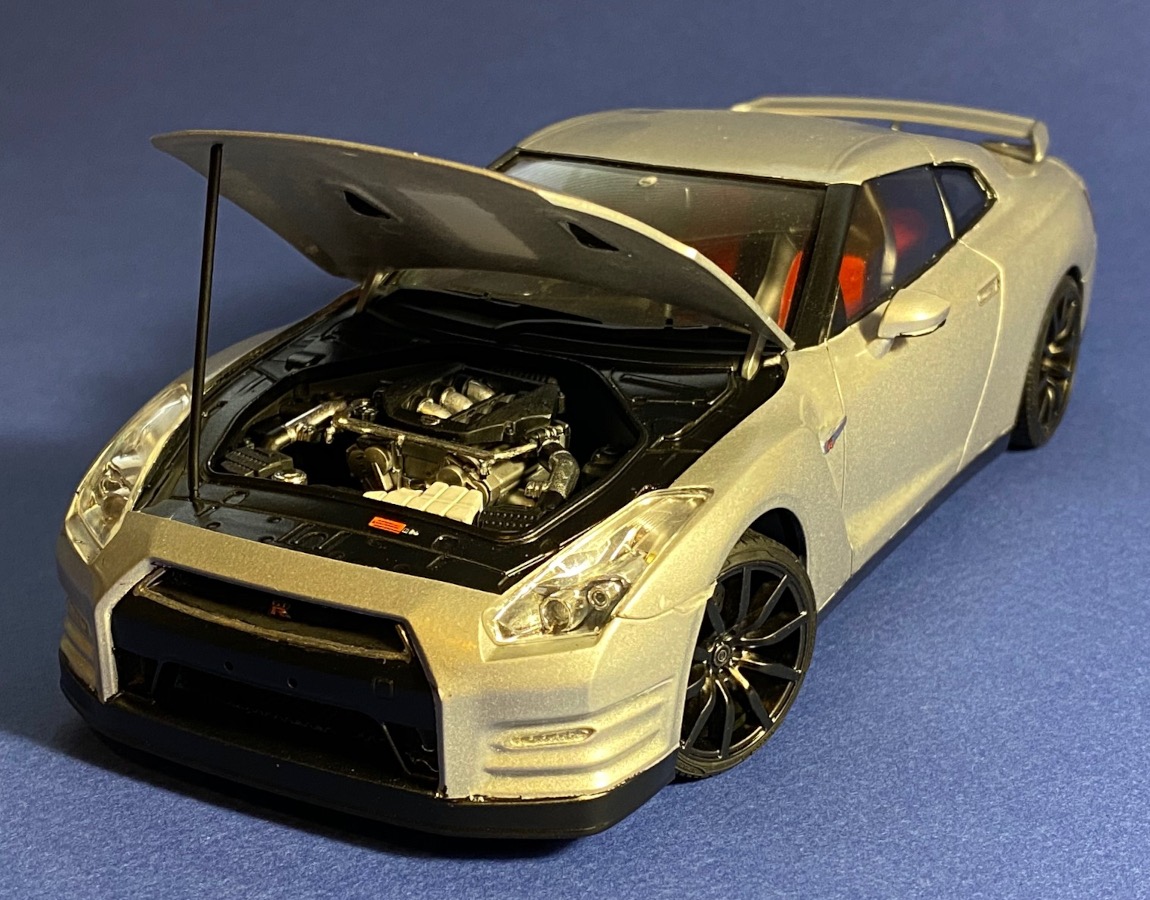