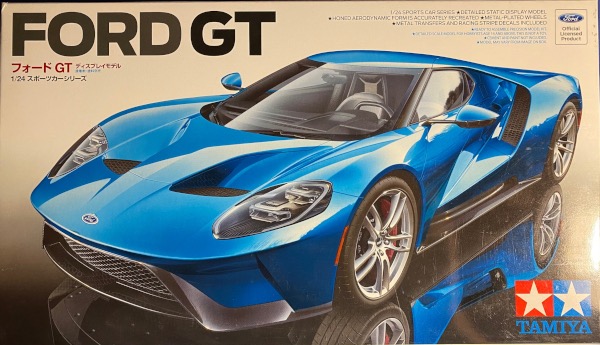 Ford made headlines in the late 1960s after developing the Ford GT-40 to beat Ferrari and winning 4 years straight at The 24 Hours of LeMans. At the North American International Auto Show in 2002, Ford unveiled a concept car inspired by the LeMans winning cars. With the excitement surrounding the car, Ford announced a limited production run which lasted for 3 years. This was an amazing car for its time and it became an immediate dream and collector car. In 2016, Ford made headlines again with the release of an updated version of the GT supercar, with advanced aerodynamics and a twin turbo V6 rather than the big burly V8 that powered previous versions. The GT-40 was developed in secret and Ford executives were unaware of the car until its debut. The car was an overwhelming success and won Overall at LeMans in 1966. The production version is the most expensive car Ford has ever produced and they sold for over $400,000 each. The "new" Ford GT-40 is currently going for much more at auction.

Tamiya has a reputation for quality, well-engineered kits and I'm excited to get going on this one. The kit is molded in 3 different colors, white, gray and black, plus chrome. The body and interior tub are molded in white. The Ford GT has such cutting-edge aerodynamics that it seems the only way Tamiya could construct the car successfully was to engineer it with many singular body panels. The new Ford GT does not look like any other car. The front of the car is wide and low, but also tapers at the rear of the car. You can't help but notice the big flying buttresses that connect the top of the fuselage to the top of the rear fenders. This channels the air around the car for maximum efficiency. I'm looking forward to seeing how the build goes with these intricate body panels. The chassis, dashboard and intake screens are molded in black. These trees also have some miscellaneous parts like the chin spoiler, windshield wipers and headlight surrounds. The engine, suspension, brakes, and seats are molded in gray. It is great to see that there will be engine detail on this kit. The clear parts look great, crystal clear and well-detailed. Tamiya had included pre-cut masks for the windshield and rear hatch cover. Detail on the wheels and tires looks great as well. The wheels are plated in Tamiya's silvery chrome. I will likely try and strip the chrome and paint the wheels black for my build.

The instructions are clear and easy to follow. In typical Tamiya fashion, there is a great paint guide where every part in the kit can be referenced as well as a quick section of the tools you'll need to assemble. There is also a separate bag of decals for the kit which includes window masking stickers, metal transfers for the mirrors and 2 sets of decals, one for the small details like dashboard dials and carbon fiber sections, and the second sheet is just for the racing stripes. There are 4 colors of stripes to choose from.

This looks like a great kit and I cannot wait to get started on it. The Ford GT has always been a dream car for me, and I hope I can do a good job on this build so that it looks great on the shelf. I am excited that this is a Tamiya kit, the build quality of Tamiya kits always kooks just a little better than other kits on my shelf. We pay a little bit more for Tamiya kits but I feel it is worth it for the value we get.