In 1966, as the U.S. Military was being drawn deeper into the Vietnam war, it was found that the Riverine forces, patrolling the Mekong and other rivers were being fired upon by enemy forces well concealed in the dense jungle next to the rivers. It was thought that close air support for the Riverine forces would be effective against the well hidden Viet Cong. Unfortunately, UH-1 Hueys were in short supply and generally unavailable to the Navy at that time of the conflict. A proposal was put forth to resurrect the Convair XFY-1 vertical takeoff aircraft until Hueys could be secured for the Navy. The "Pogo" was in storage, but without engines (they had been used on the Hiller X-18) and the aircraft was available. 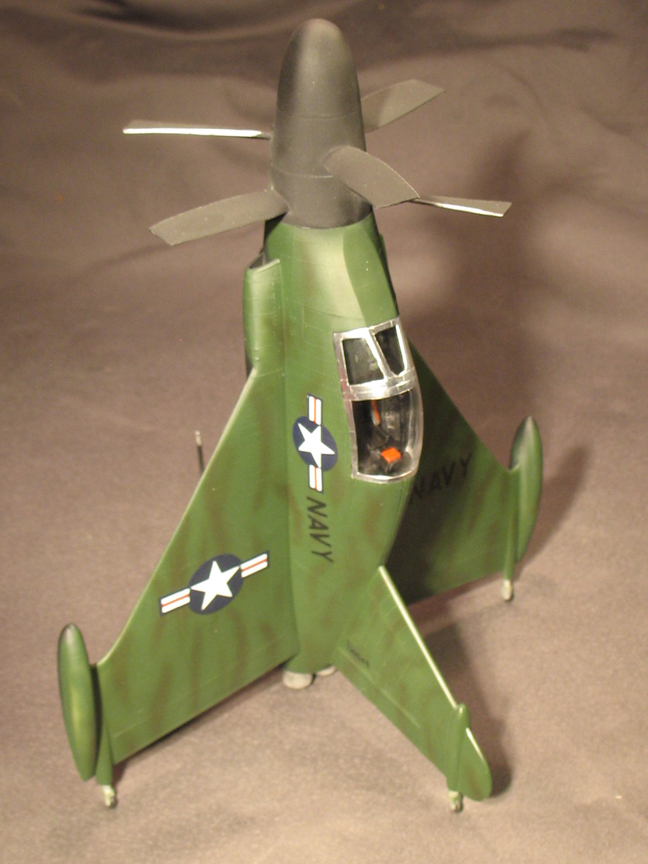 Two Allison T-56 engines were procured and installed requiring only minimal modification to the airframe, since the T-56 was a derivative of the XFY-1's T-40 engine. A new gearbox was constructed from T-40 spares provided by Allison, and with some modifications was made to fit the T-56 engines (the joined T-56s did not receive a new engine designation). The aircraft was also fitted with an M61  Vulcan cannon in each wing pod. The original ground test tethered rig was also rebuilt and the Navy pilot chosen to fly the Pogo was Lt. I.B. Fulinya. The major concern (as it was with the original program), was getting the aircraft on the ground. It was exceedingly difficult to judge altitude and descent rate, all while trying to maintain control of the aircraft and look over your shoulder at the ground from a reclining position. After numerous tethered flights, Fulinya felt confident enough for free flight of which he made 10 flights before the aircraft was deployed to southeast Asia.

The aircraft was sent to Tan Son Nhut airbase outside of Saigon where Fulinya made 10 more free flights. Fortunately, he had the vast expanse of the air base on which to land, and not the helicopter pad on the LST to which the aircraft was to be assigned. Pinpoint landings were still exceedingly difficult. On April 1st a Navy crew applied camouflage and the aircraft was prepared for its first mission. Its base of operation was to be the LST USS Snohomish County (LST 1126). At 07:30 Fulinya lifted off for the Snohomish County and en route to the LST he received a call from a river patrol boat under fire 10 miles upstream from the LST. The Pogo was very fast in level flight and reached the river patrol boat in short order. He laid down suppressing fire with his two Vulcan cannons which allowed the river patrol boat to escape without any damage. 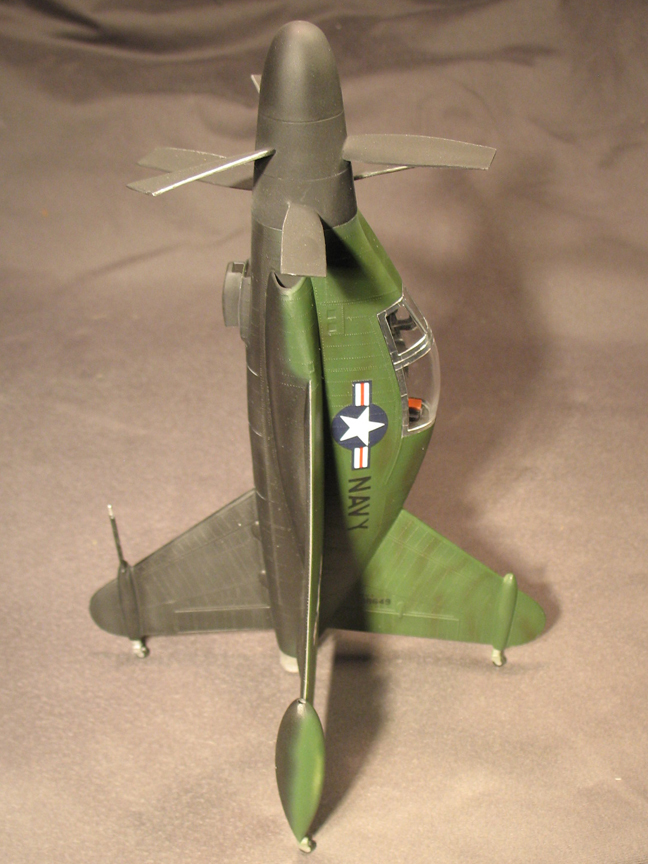 After the attack, Fulinya headed for the LST to land and refuel. Unfortunately, the issue of landing on a small deck raised its ugly head and Fulinya could not get the Pogo on the landing pad of the LST. The fuel warning lights came on and Fulinya abandoned his attempt to land on the LST and headed for the largest piece of open ground he could find. As he touched down the engines shut down as the Pogo was completely out of fuel, the aircraft receiving minor damage in the process. It was a rather ignominious end to the first and only operational flight of the Pogo. Shortly thereafter, the Navy received their Hueys. As for the Pogo, due to the damage it incurred, it had to be lifted out with a heavy lift helicopter. The Pogo was stripped (again) of its engines, the camouflage paint was removed, and the Pogo was sent to the National Air & Space Museum, where it resides today in the Silver Hill storage facility.

The photo is the only known photo to exist of the Pogo in action, shown on its initial attack run. If anyone has any other images of the Convair Pogo in SE Asia, please let me know. 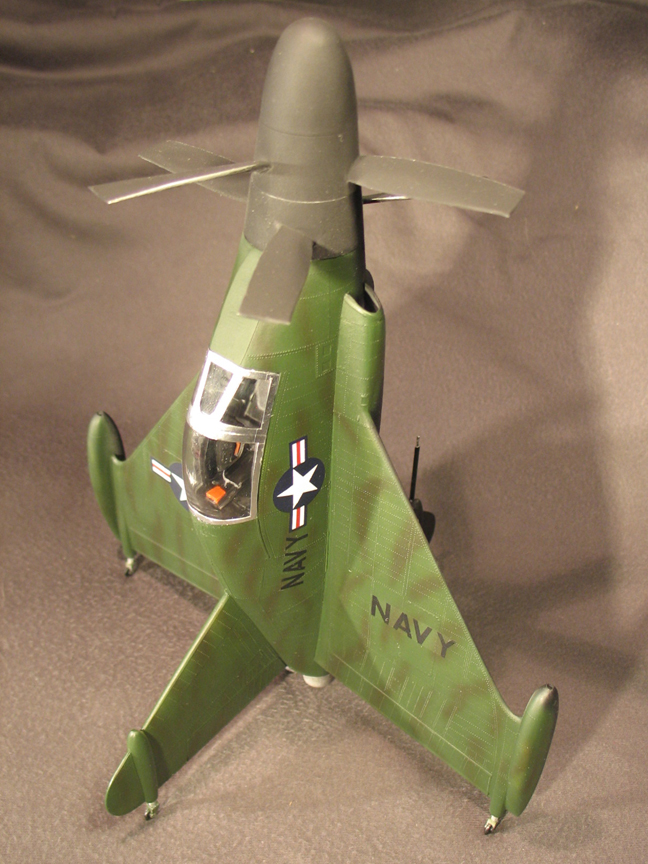 The Lindberg Pogo was first released about the time I started modeling (!) When the kit was reissued for the umpteenth time a few months ago I just had to buy one. I already had one in the stash but it being an original issue, I was reluctant to start it. The latest release is moulded in white plastic with a minimal amount of parts. For the most part I built it OOB, but added a cockpit from a Hobbycraft F-94 that I had sacrificed for another project (ask me about that one sometime).

The only other thing I added was the larger air intake on the underside for the nose for the different engines the Vietnam mission aircraft flew with. I also added longer exhausts. The model was basically assembled and painted over three or four evenings. I used the kit decals which laid down over the rivets (with a bit of setting solution) quite nicely. As the paint was applied shortly before its one and only mission, I did not attempt to do any aging, other than a bit of gun smoke residue.