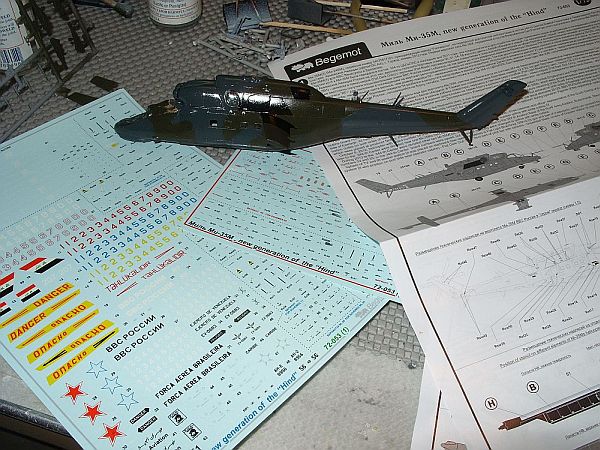 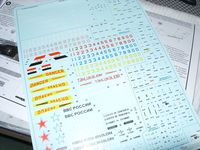 The Mi-35 Hind is the newest version of the infamous but potent Mi-24 Hind attack & transport helicopter that appeared in Warsaw Pact skies during the early 1970’s. The Hind A’s main weapons consisted of 4 AT-2 “Swatter” anti-tank missiles and 4 UB-32 rocket launchers, but it could also carry an assortment of bombs, unguided rockets and gun pods. It also had a .50 cal. machine gun under the chin. What distinguished the Mi-24 from other attack helicopters was that it could carry an 8 man assault team in a cargo area behind the cockpit. The first major change came with the Hind D with the cockpit redesigned from the “greenhouse” and 3 man crew to a “bubble” cockpit with a two man crew, and a .50 cal. gatling-style gun turrent replacing the original .50 cal. machine gun. The improved Mi-24V Hind E swapped the AT-2 “Swatter” missiles with 4 AT-6 “Spiral” missiles and UB-32’s replaced by B-8V20 rocket pods. The Mi-24P Hind F saw a pair of GSh-30K 30mm cannons mounted on the right side of the cockpit replacing the .50 cal. gatling gun.

The Mi-35M is the third generation version of the Hind with many improvements. Even though the wingtip permanent AT-2/AT-6 missile mounts have been removed and the “wings” shortened, the outer pylon stations can carry a total of 16 AT-9 “Spiral 2” anti-tank missiles and 2 30mm cannons mounted in the chin turrent. Another external difference is the Mi-28 style four-bladed tail rotor replacing the original three-bladed tail rotor. This version is entering Russian Air Force service, and is already in operation with Venezuela, Brazil, Iraq and Azerbaijan. 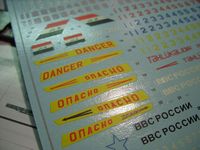 Begemot has done their own decals for about 10 years and specializes in decal sets for Russian and Soviet aircraft, mostly in 1/72 and 1/48 scales, but they have a few 1/144, 1//32 aircraft and 1/350 ship decals. The markings provide a good alternative to the limited markings selection from mainstream kits currently on the market.

Well, there is only one kit for the Mi-35M helicopter in any scale, the recently released 1/72 scale Zvezda kit, which originates from the well detailed Mi-24V Hind E kit released a couple of years ago. Without going into a review of the kit, one drawback are the kit decals that cover only one version, a demonstrator aircraft with some high vis markings. You can’t use these markings if you choose to build a service version from any of the current operators, so a decal sheet like the Begemot sheet would be necessary. 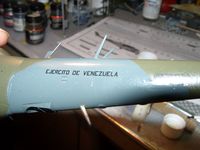 The decal sheet looks nice straight out of the wrapper. They are in good register with no running or misprints. As with any waterslide decal set, you soak them in water for about 20-30 seconds for application. The decals are very thin and went down well without decal solvent. They also took to panel lines rather well without solvent and with a little rubbing with a Q-tip. Unfortunately, I had one of the decals fold over on me and while trying unsuccessfully to recover it, I noticed that the decal was rather durable, but as with all decals, it will eventually get damaged if you work on it hard enough (but it’s damage threshold seems to be higher than most). 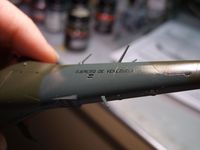 Well, with the only problems that I encountered had to do with me doing something stupid, I would say that you can’t go wrong if you choose these decals for current markings for the new generation Hind. Highly recommended!

Our thanks to Begemot for the review set of decals.