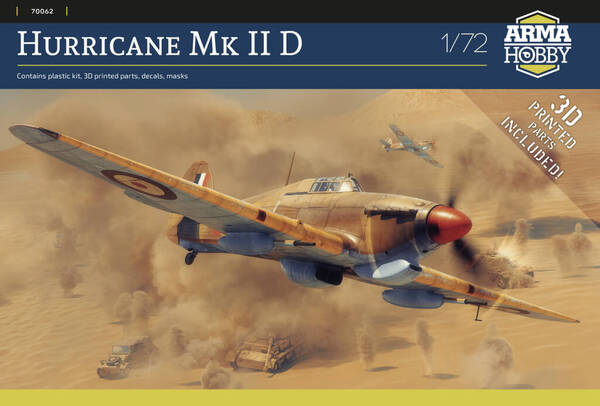 Next Announcement from Arma Hobby

Pre-orders have started on the next release from Arma Hobby, the 1/72 Hurricane Mk.IID. This kit will be released this coming January, 2023.

This time Arma Hobby has taken their Hurricane Mk.IIC kit and added 3D printed parts to not only include the underwing cannons but also the exhausts, mirror and templates for scribing inspection panels on the wings.

Arma Hobby has done their research and includes markings for this specific version of the Mk.IID without the added armor (later in its development the IID was given the same armor that was added to the MK.IV). There are decals for five aircraft:

Pre-order now so you won't be dissapointed later.