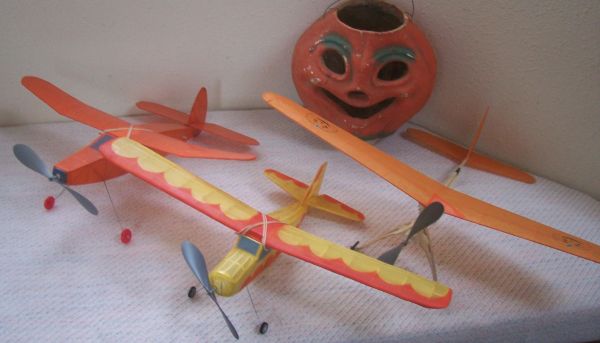 Without magical clairvoyant powers, I can't look into what fellow modelers are doing, in between such few get-togethers as we've been able to have during the Pandemic. Most of those get-togethers have been virtual. We can't see what's going on in other households during this period of disruption and lockdowns...lockdowns not just physical, but psychological.

Nevertheless, I stand by my assertion that modelers are never at a loss, never without purpose, and certainly never bored. Our stashes physically represent the near-infinite mental lists we carry around of all the projects we'll do someday, as time progresses. As I warned Sandra, when we got married, having such limitless plans gives motivation and purpose to modelers, such that they live a very long time, and die only reluctantly, protesting at the end, "I can't leave yet: I've got PROJECTS!" [Proofreading the prior line, my wife says that sounds remarkably like gardeners...of which she is one. It would seem our race to the other side of the grass will be extensively prolonged.]

Certainly there's none of the folderal I learned of, studying life expectancy and longevity as part of insurance business work. Specifically, no modeler ever retires from the 9-to-5 routine, plants himself in front of the TV, and dies six months later.

It's hardly masterful analysis to say now of a form of therapy to cope with soggy Pandemic-lockdown days. It's the same kind of behavior I've engaged in since late childhood: quiet time at my work area. Enjoying as I do a variety of modeling projects, I recently returned to making traditional balsa stick-and-tissue rubber-powered Free Flight models. The local SeaTac Community Center allows masked, social-distanced indoor flying Friday mornings. An opportunity to git outta the house and put something into the air there...

This Phantom Flash replica is a one-fourth-larger recreation of the original 1937 Comet® Kit A1. Ever since, this classic remains popular among Free Flight builders and fliers. Comet went out of business long ago, but if seeing it inspires you now, and you're not into scratch building as I am, be aware that a new company kits it. A Web query will take you to it. Its modern laser-cutting will be a vast improvement on the original printwood, or later die-cut ('die-mashed'?)]

Way Back When, in my early teens, I tried building Comet scale models. I can remember starting - but never completing - a P-40, Douglas SBD Dauntless, and Supermarine Spitfire. Various problems stalled those builds short of flyability. I did finish a large P-51 Mustang, with retractable gear, even! But the single flight attempt was in my backyard...and after a 10-foot stagger through the air, the crash broke the airframe far beyond my poor ability to fix it.

Disappointment at those attempts is worsened by knowing that if only I had tried building that 1937 kit, I might've actually gotten some passable flights in. But I never saw it back in the early 60s. At the Thunderbird Drug Store, and the two local department store branches in Lakewood, all they had in the way of so-called 'flyable' balsa models were those balsa-stick-and-tissue scale ones. In modern times, I've read comments by skilled balsa FF modelers that – cynically – the kits were only designed to be sold. Inexperienced kid modelers were impressed by the warlike glamour of WWII warplanes on the boxtops, but had little chance of making them flyable. There's no way Now to know if Comet and the other companies putting out such scale models flew them at all. If so, it could only be after building by skillful modelers on their staffs.

The only rubber-powered balsa models I ever got that really flew – if only minimally – were the sheet-balsa snap-together North Pacific planes in bags, available everywhere: the Sleek Streak, Skeeter, and Star Flyer.

Be that as it may, now there are magazine subscriptions, a large bookshelf, and access to the World Wide Web, together providing enough useful information to make built-up stick-and-tissue models fly. Balsa in my stash is an order of magnitude better than anything thrown back Then into boxes marked with a retail price of about a dollar. I have decent tools and adhesives...and that most precious of all modeling resources: patience!

So that scratch-built Phantom Flash, like the other two models here, built easily. All were covered with gift-wrap tissue, way better than all but very expensive Japanese-made craft tissue Way Back Then. I used Avery's® permanent glue stick to apply it, and a light clear acrylic spray to seal and protect it.

The 17-inch span Citabria is from Model Builder plans. The magazine is long gone but plans are available through the AMA.

The all-orange Korda Victory is half-scale of the original 1939 Wakefield Trophy winner. Mine goes about a minute flight in the gym...rather less than that 43+ minutes victory!

The three, together, incorporate two concessions to modern times, besides the method of attaching the tissue: the good rubber motors are made from FAI Supply® stock, and the props are Japanese made, from Peck Polymers®.

Wonder of wonders: past my wildest dreams Back Then: they all flew fine!

I suspect a lot of you, like me, succumbed Way Back Then to the drop-dead gorgeous Guillow's World War I and II fighter-plane kit ads. I'm built the Focke-Wulf 190, Hawker Hurricane, and Grumman F6F Hellcat, all in the 16-inch-span series, still in production. Some retelling of these is stirring up my mind, so Watch This Space For Developments. For Now - and for the indefinite future, as we cope with the on again/off again, fits-and-starts recovery from Pandemic disruptions, towards 'normal', whatever that may end up meaning - I'm confident that like me, all of you will

Build What You Want, the Way You Want To, and Above All, Have Fun!