Modeling Now and Then: Rival for Coolness? 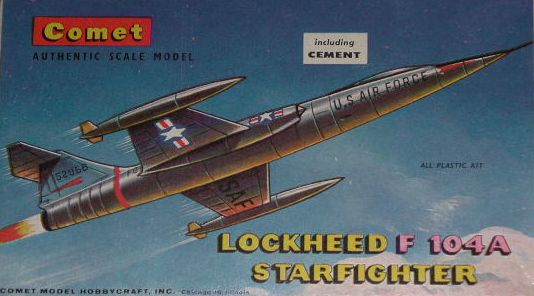 "The Lockheed Starfighter is the coolest jet fighter that EVER was!"

"NO!  --The English Electric Lightning!"

When I was modeling way back Then, there was never any argument about my analyses of airplane virtues.  That was because I didn't know anybody else who knew anything about them, and certainly no one else who built models.  But as I've said before, Now I don't model alone.  Now, I rub elbows twice a month at the Show-and-Tell tables of the NorthWest Scale Modelers and the Seattle Chapter of the IPMS.  And all those other guys not only have opinions, but ARGUE against mine!

For example, I'm confident that most of my American readers understand perfectly well why I say  "The Lockheed Starfighter is the coolest jet fighter that EVER was!"   My Canadian, Italian, Dutch, German, Japanese, Taiwanese, Turkish, Danish, and Pakistani readers must also agree, since their air forces had this superplane as front-line mainstay for many years.  (Note that I've never said the Starfighter was the "best"  jet fighter... since back Then, I've learned a great deal about the airplane's "quirks" (!)  and how it nevertheless got sold and produced all over the world with discreet help from what was later dubbed "The Grease Machine"...) 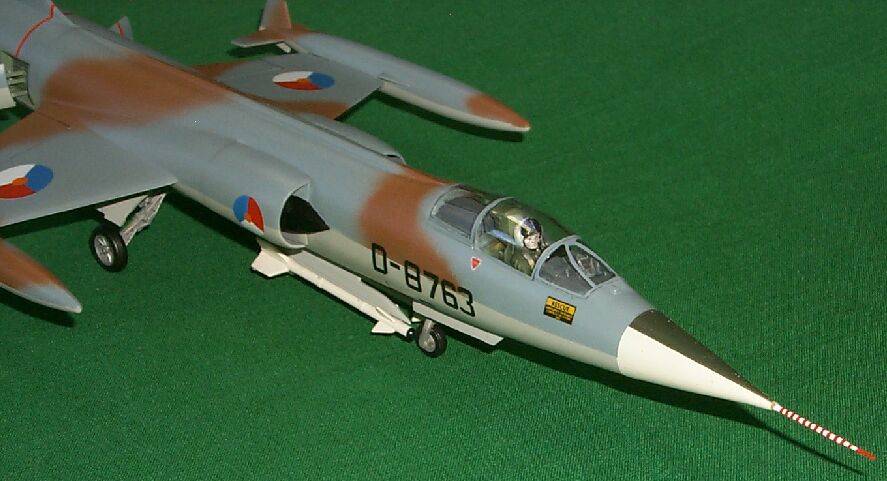 But Now, I have to deal with a bunch of other guys with their own favorite planes, and the WORST, the most vocal about the matter, is Robert Allen.  He's the one who always pipes up "NO!  --The English Electric Lightning!"

I have to put up with Robert's idiosyncrasies for a number of reasons.  First of all, he's the Newsletter Editor-In-Perpetuity for the Seattle Chapter of the IPMS.  I write for the newsletter frequently, most often my Hurricane Bookshelf column, ostensibly a book review format, but with aviation and modeling related ramblings, much like Modeling Now and Then here.  Writers must make every effort to get along with their editors.  And vice-versa.

Next, he's the only person I know who understands the old system of English money, having lived in England as a boy.  He's able to explain notations like "2s/6p" or "3/11d" in books like my copy of Arthur Ward's Airfix:  Celebrating 50 Years of the Greatest Plastic Kits in the World.  (Hmm... Ward and Allen:  do you think they're entirely objective about all things English?)

Then suppose someday I attend the IPMS Nationals in London, and the Queen drops by to inspect our models.  My mother wants me to point out to the Queen, whenever I get the chance to meet her, that Mom's a week younger than she is, that they got married about the same time, and both have had four kids.  No doubt the Her Majesty would be intensely interested in these facts, but I fear I'd get tongue-tied.  If Robert is along, though, he'd be able to recite her proper title of  "Elizabeth the Second, by the Grace of God of the United Kingdom of Great Britain and Northern Ireland", whereas I would struggle to remember her second proper form of address, provided for precisely the low-life primitive former-Colonial commoner-type that I represent.  Namely, "Ma'm".

Lastly, we're relatives.  Four years ago my stepdaughter by my second (current and everlasting!) marriage got married to an Irishman.  I was informed during the festivities, which included large volumes of ale, that this makes me Irish, too.  When I told Robert about all this, he explained that by some similar convoluted set of blood-and-marriage ties, he too became Irish awhile back.  We Irish have to stick together...

Anyway, while Robert's favorite jet, the English Electric Lightning, may not be the coolest jet fighter that ever was, it is cool in its own right.  With twin engines in a unique vertically-stacked and staggered arrangement, it was scarcely larger than a single-engined design, and in consequence had spectacular performance.  Decades before the much-vaunted (and much pricier!) F-22, it could "supercruise":  fly faster than the speed of sound without afterburners!  From the first, it carried formidable guns and unguided rocket batteries, then pioneered the use of some seriously lethal guided air-to-air missiles, the Firestreak and Red Top.  For most of the Cold War, it was the first line of defense for the whole United Kingdom, and helped the Royal Air Force detachments in West Germany confront the Warsaw Pact powers.  It saw combat flying for Saudi Arabia. 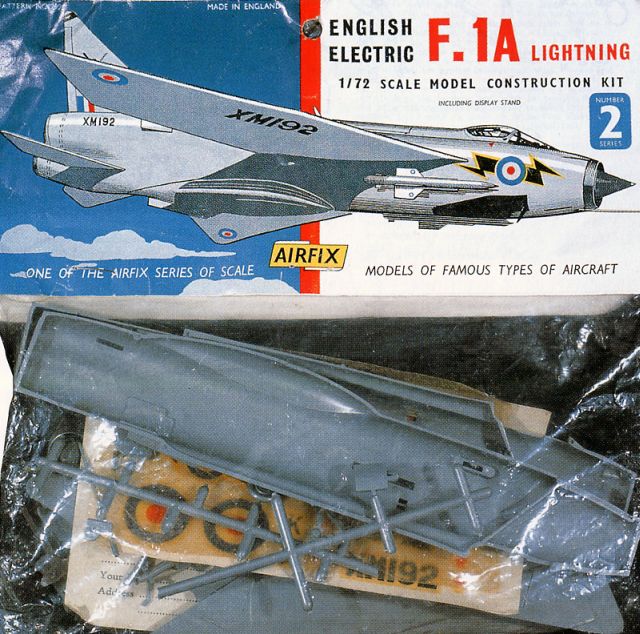 Way back Then, I built three separate kits of the F-104.  Airfix's 1/72-scale kit of the Lightning was introduced as early as 1963, according to Ward's book, but I don't recall ever even seeing it at Thunderbird Drug Store in Lakewood, or later at Wigwam or A&H Drugs in Kent.  In short, back Then I never had a kit of the English Electric Lightning.

Watch this space.  In the meantime, as always:

Build what you want, the way you want to... and above all, have fun!