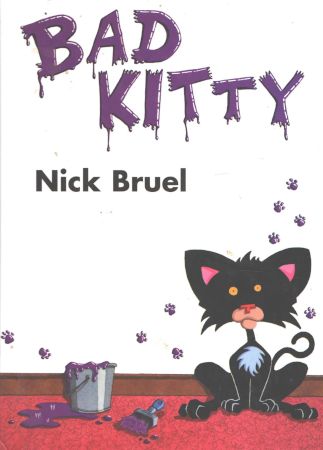 We Modelers Have No Bad Kitties!

Words cannot express how happy we'll all be when nothing we say or do is impacted by the Pandemic. That day is not yet...

So none of my column readers will be surprised to know that the two local clubs I belong to have seen their attendance fall way down, with many members only willing to "meet" with each other Virtually...

Virtual or not, when we meet we always consider matters that are Intellectually Stimulating, Culturally Broadening, and Morally Elevating. Isn't there some kind of sort of Divine-esque, Karmic, Fates-Decreed requirement that all of our modeling interactions have all three?

So, references to pets came up at the last virtual build session hosted by my long-time buddy, Ken Murphy.

Often we have dogs which must be taken for walks regularly and frequently. Which is just as well, because we ought not to just sit all the time next to our obligatory one-foot-square work area. Getting up and Taking The Dog For A Walk is to our benefit.

The remark at Ken's session, however, came from Jon Fincher, and it was about creatures more impactful of our modeling: our cats!

Those of us familiar with cats are aware that sometimes It's Time To Pet The Cat or it's even Time To Pick Up, Hold and Pet The Cat. At such Times no other activity or concern is allowed to interfere or delay. This prompted me to ask whether he or anybody else in the session knew about "Bad Kitty". No one did.

Now I want to be absolutely clear: I deny any of us have bad kitties. Our cats do only what cats do, given the opportunity: knock around and play with the tools, supplies, and parts in our work area, disrupt builds in progress and gently nudge completed display models off the shelf to crash satisfyingly onto the floor. (Award-winners are preferred.) Or in my case, enjoying the crunchiness of balsa and the claw-poke and shred-ability of tissue paper, particularly when that tissue is carefully stretched smooth and glued down over a carefully engineered and assembled lightweight balsa model airframe. This is all just ordinary behavior: no explanation or justification is required. Cats look at you with a completely blank expression if you solicit some an explanation or justification. And they're seriously distressed -briefly-if you catch them at such 'normal' behavior and yell "Git outta there, you dumb DOMSH!" ('DOMestic ShortHair'; I learned the term off the Examination Summary from the veterinarian who treated my own cat, Merlin, so long ago...)

But there is a book specifically about a Bad Kitty. It's probably little known among us modelers because it appears for all intents and purposes to be a children's book, so it's stumbled across only if reading to one of our youthful friends and/or relations.

I unreservedly recommend it regardless. It's organized as an "ABCs Primer' that begins by explaining that it all started with a GOOD kitty, until kitty's ghastly realization there was nothing to eat in the whole house, besides delicious healthful vegetables: from Asparagus, Beets, and Cauliflower, through Xigua, Yams, and Zucchini.

Of course the poor powerless little carnivore went berserk! Wouldn't you, even though you're an omnivore? Anyway, Kitty instantly turned BAD, embarking on a campaign of mayhem and mischief, astonishing in its depth and breadth and variety. She began her assault with Ate My Homework, Bit Grandma, and Clawed The Curtains, then worked her way all the way through the alphabet to eXamined My Diary, Yelled All Night, and Zeroed The Zinnias!

There may have been things she did specifically against modelers in her household but I can't be sure, distressed as I was by having to make the way through such a long list, assaulting my gentle, sensitive nature...

I'm too much a striver for Moral Uprightness, too much a believer in Law and Order, too sensitive to face down Evil...to even bring myself to try keying in what Kitty wrote (in the between-entry of Quarreled With Our Neighbor. So I enclose a scan of the note he received.

WARNING, THE FOLLOWING MATERIAL MAY BE TOO INTENSE FOR SOME AUDIENCES! VIEWER DISCRETION IS ADVISED!

But just as it appeared that everything in the household would face total destruction one of her humans returned from the grocery store, with yummies starting with an Assortment Of Anchovies, Buffalo Burritos, and Chicken Cheesecake, with entries from the entire alphabet through an eXcess of Tyrannosaurus ReX, Yak Yogurt, and Baked Zebra Ziti.

To her great credit Kitty became good again once she realized this, starting with Apologized to Grandma, Bought Me New Toys, Cleaned Her Cat Box, and working through the alphabet to Filed Our TaXes, Gave Me a Yellow Yo-Yo, and Lulled the Baby to Sleep: ZZZZzzzz... And the book concludes with her being such a good kitty, she was told she'd be rewarded... by being brought a new friend: Puppy!

I'll leave the situation there, with the suggestion that whatever might follow is best left as An Exercise For The Reader. I do hope none of us, as we live our lives and engage in our precious hobby, encounter such ups-and-downs as those enumerated in this book... A Thru Z! -- And instead, serenely carry on with our vocations to

Build What You Want, the Way You Want to...and Above All, Have Fun!