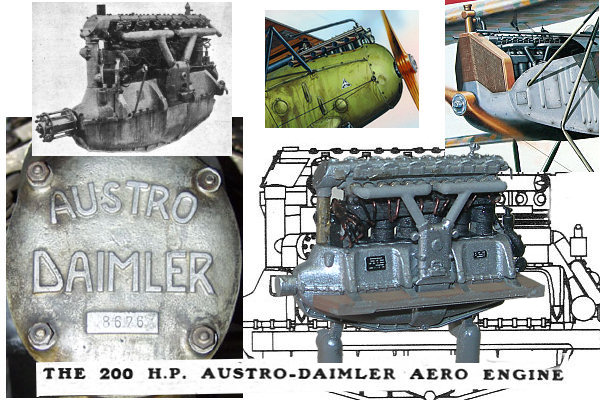 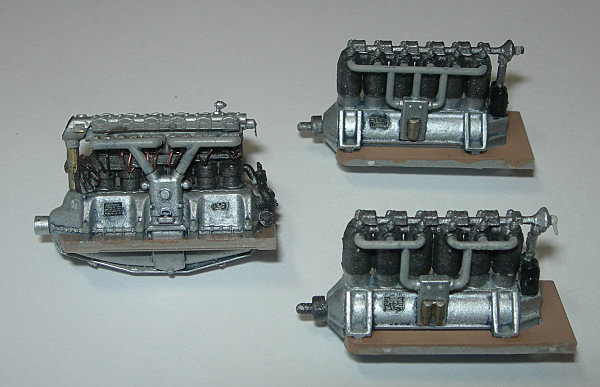 A-D, Mercedes D.IIIa, BMW III
This article is intended as a reference for modellers who will be building the 200HP Austro-Daimler engine in 1/48 as part of their WWI aircraft builds. I will describe the engine, discuss the kit parts and walk the modeller though the build steps, adding suggestions for simple additions to the supplied parts for extra authenticity/detail. References are given below. 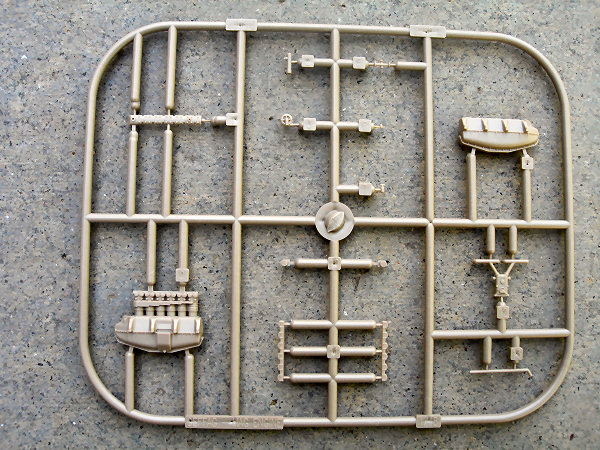 Engine Parts
The engine comes on a single sprue. In “ProfiPACK” versions of the kit there will be additional parts on a PE fret. In all there are 12 plastic parts to the engine and an additional 6 PE parts. The parts are moulded in greast detail and are crisp. There are no sink or pin marks anywhere that I could see.

Painting guide
Either follow the Eduard colour guide for the engine parts or paint parts according to the references. A couple of points to note from the AD report are that the HT cable carrier was “red sheet fabric”, and that the inlet pipes were “galvanised steel lagged with asbestos”. 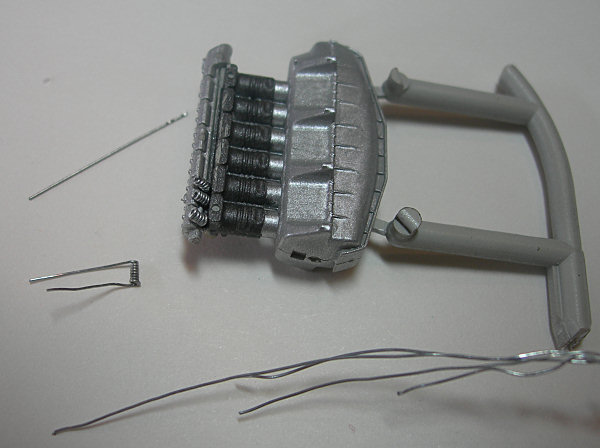 Springs
1. Assemble the engine block and add the rocker cover, parts X 1, 8 and 9. Paint according to the painting guide or references. Add the name plate PE part if necessary. At this stage you can either add parts X11 to the rocker cover and cylinder heads or scratch build some valve springs. I chose the latter option and made some valve springs by winding a length of wire round a #80 drill bit as shown.

2. Add the PE labels and gaskets, if applicable.

3. Add the magneto assembly, parts X2 and X10(2). Not that the magnetos are supposed to be at an angle of 104º to each other, and not 90º. A right angle will cause you some problems with later fittings. 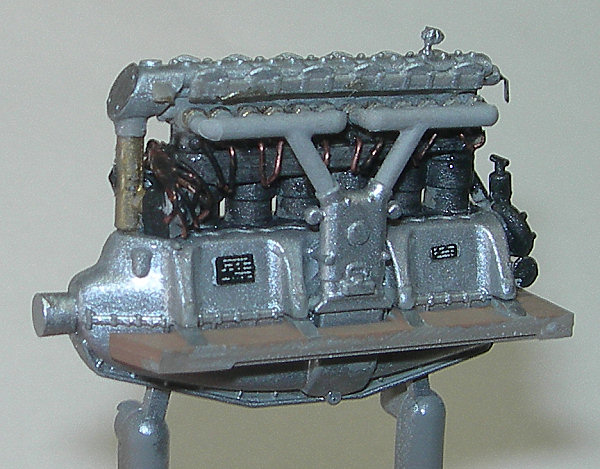 6. Add the cooling system to the engine block and the cylinder cooling jackets. X7, 3, 13. NB the exploded view in the instructions may showX5 and X3 incorrectly postioned. Part X3 should be above part X5, as in the diagram shown here.

I was able to add some copper wire as HT leads to the spark plugs, ans to the magnetoes.  I also experimented with adding valve springs, which should be manageable in scale, but my attempts weren't as precise as I wanted.  See for yourself in the image above. 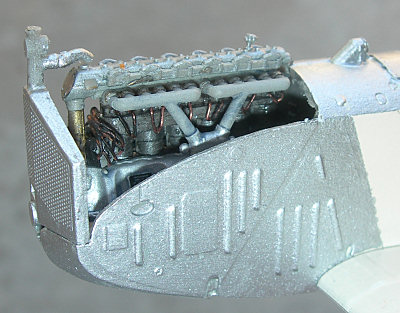 Mounted on a MAG Fokker D.VII
A lot can be done with this very detailed little engine. It isn't such a great challenge to scratch build the parts I did, and will look great inside any OEFFAG aircraft.

Thanks to Eduard for the kit. Thanks to Karen Rychlewski for permission to use her images of the engine at the Krakow Museum.

Karen Rychlewski's photos of the engine the Kraków museum.

Andi Szekeres' photos of the engine at the Budapest Aviation Museum/Vienna Technical Museum. 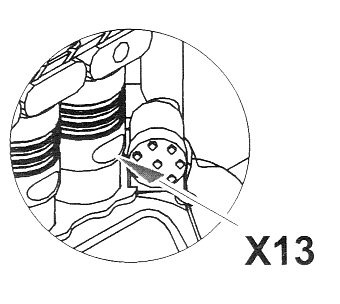 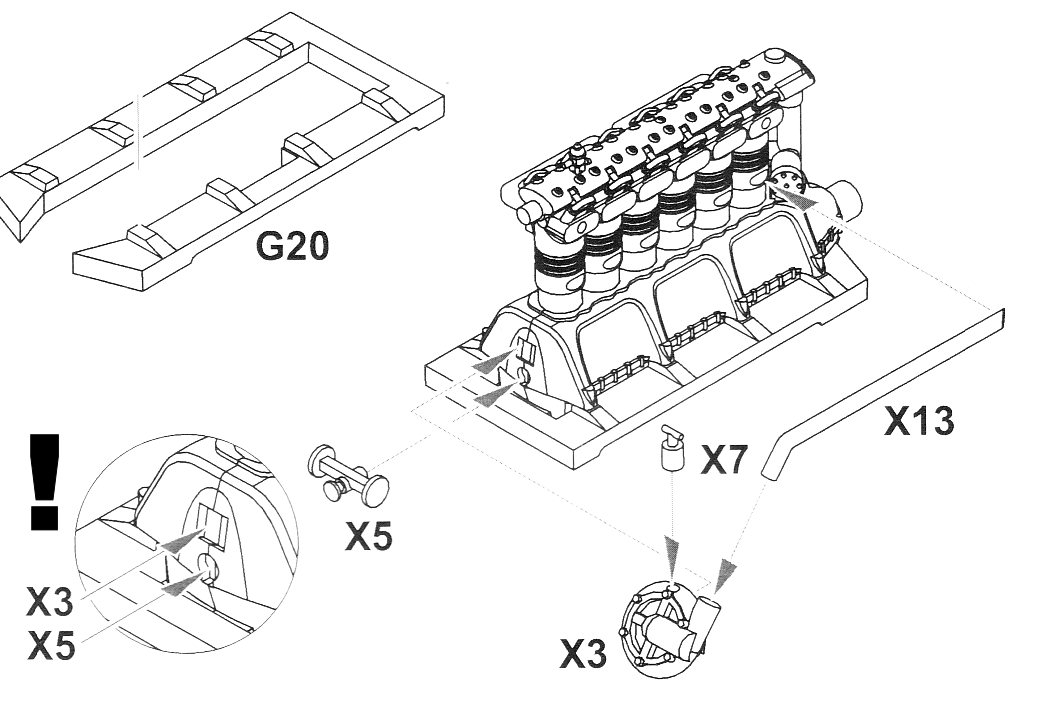 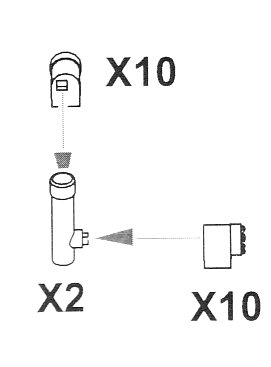 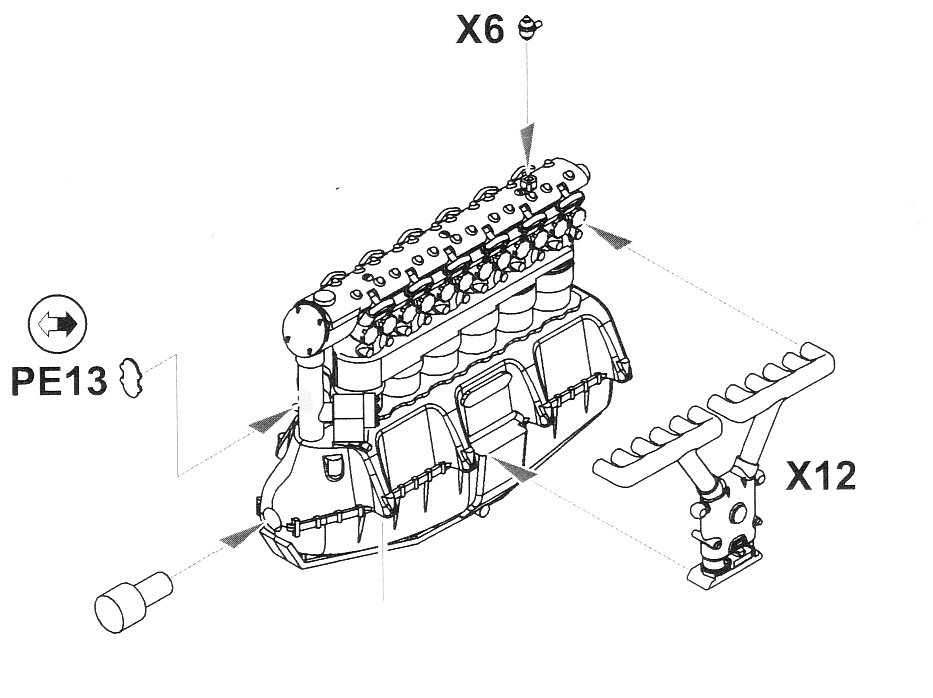 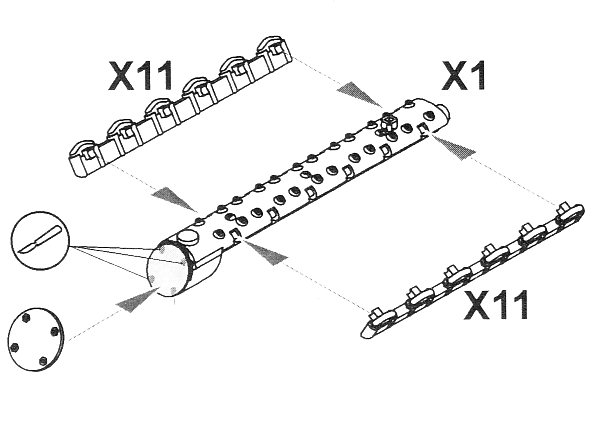 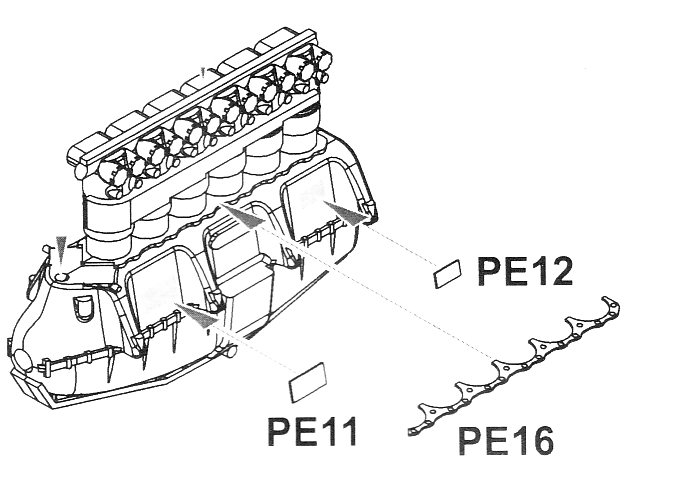 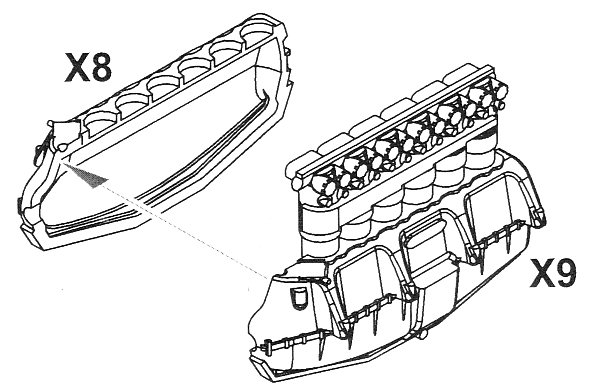 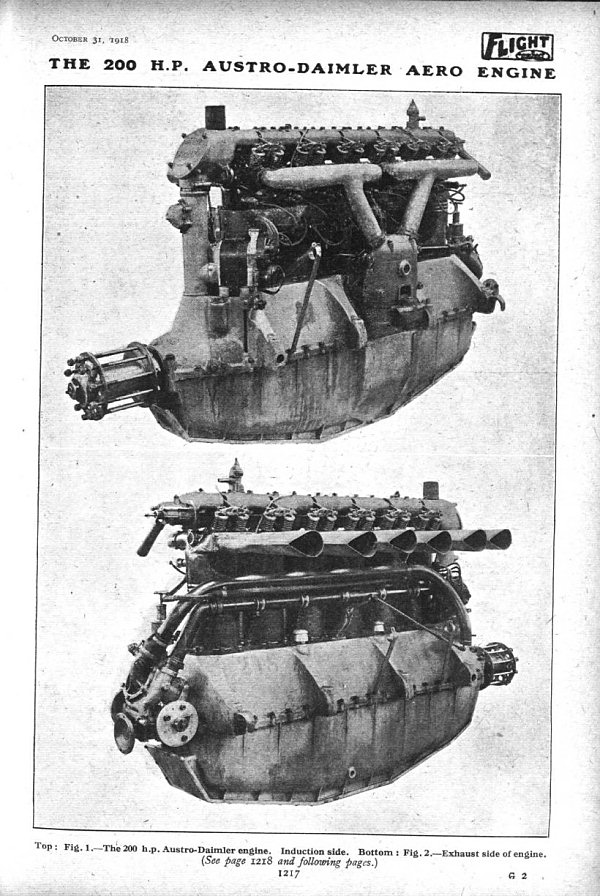 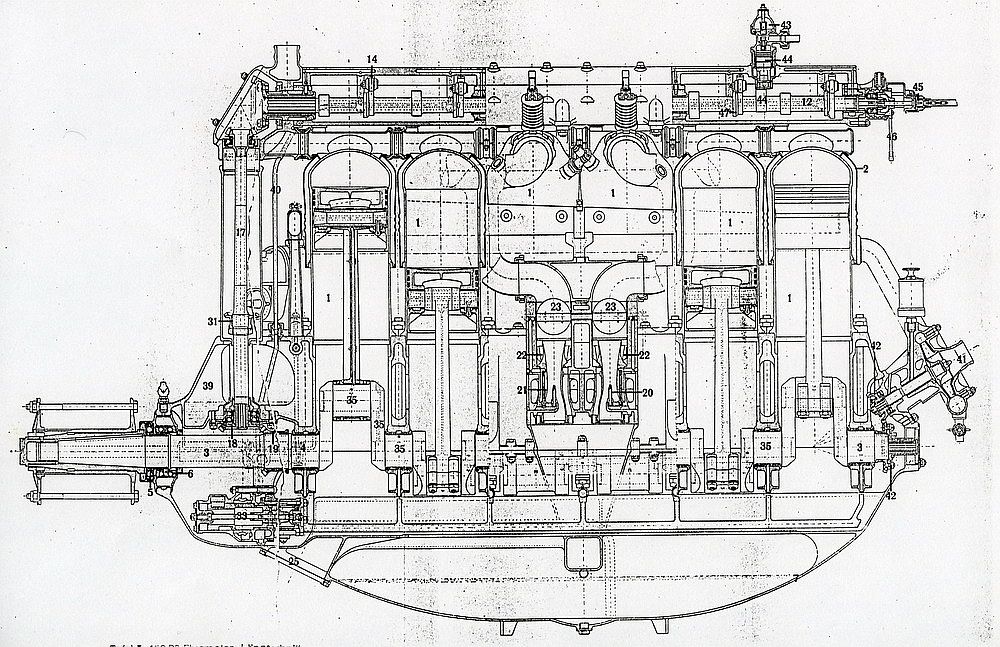 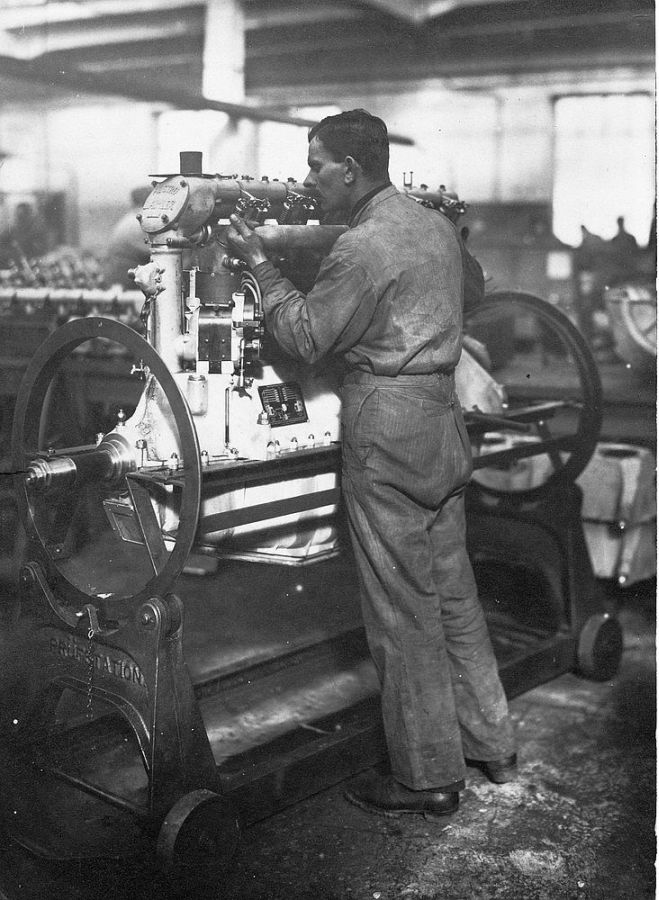 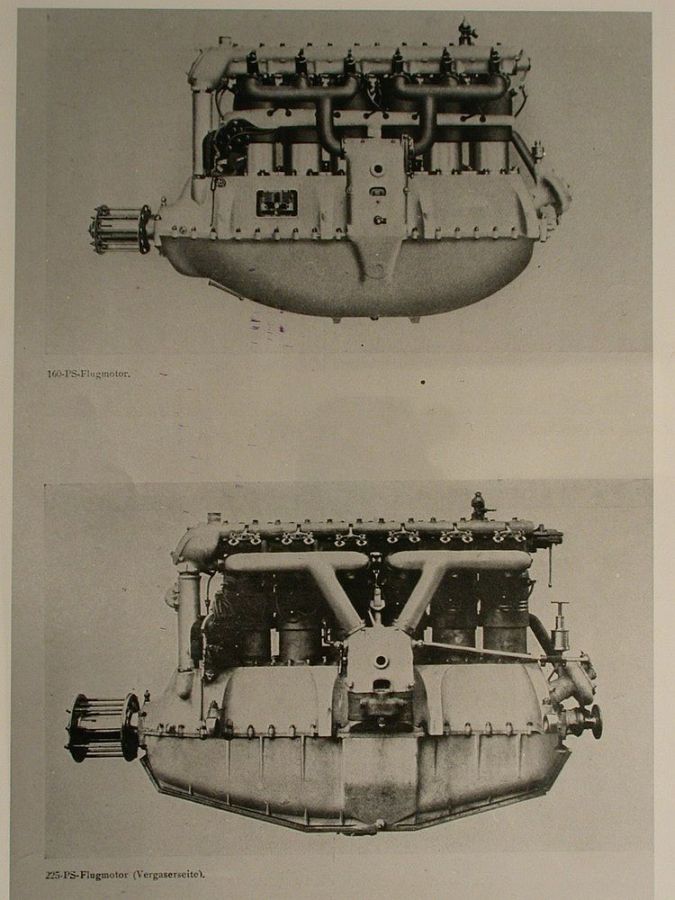 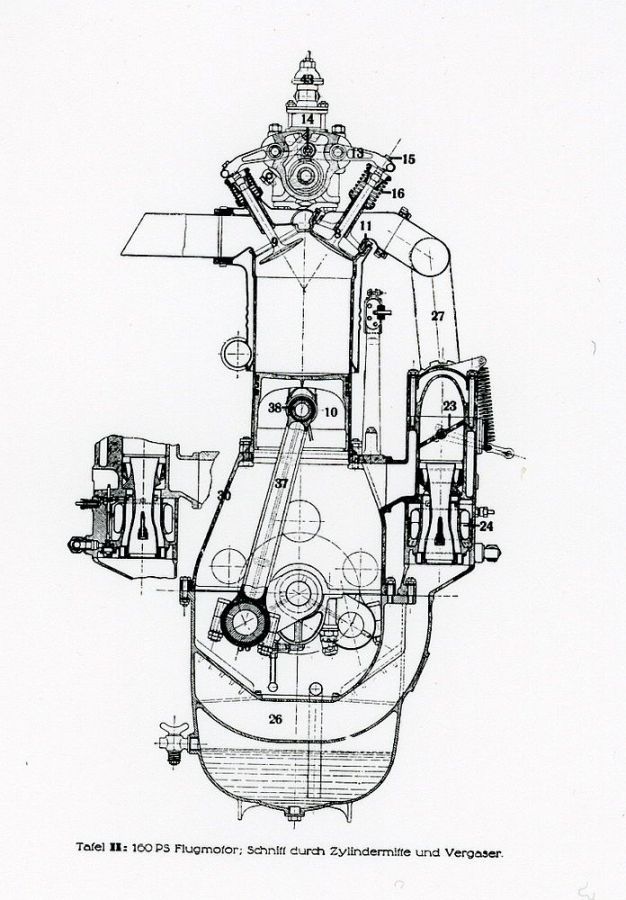