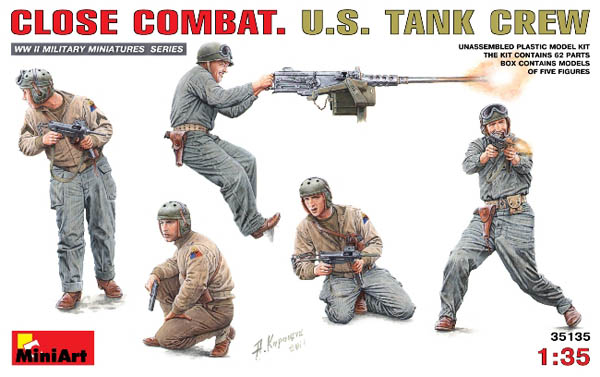 This is a five figure set, depicting U.S. tankers in combat outside the tank. Three are armed with the M-2 or M-3 “grease gun”, one with just his .45 caliber pistol, and one is leaning off the side (back?) of the vehicle firing the mounted .50 cal. machine gun.  All are in summer weight uniforms, either tanker’s overalls alone, or with a short jacket.  Four are wearing the leather “football” style helmet, while the machine gunner has a regulation steel helmet.

The box contains two half-sized sprues, consisting of 62 parts.  Parts are broken down by figure letter and part number.  Parts A-1 thru A-10, for example, build the machine gunner.  A small parts map is also included.  No flash was found on this review sample, and parting lines were fine and easy to clean up.  The tanker helmets come in four pieces, adding to the detail level, as well as separate goggles.  Well sculpted expressions, realistic wrinkling on the uniforms, and nicely detailed weapons, combined with realistic poses, make for a worthwhile addition to many vehicles or dioramas.  Three of the figures have raised rank or division patches which needed to be painted in.  Paint colors are listed on the full color artwork on the back of the box.  Paint codes are listed for Testor’s, Tamiya, Humbrol, Revell, Mr. Color, and Life Color, as well as by name, using 11 colors.

Assembly was straight- forward and hassle- free, with one minor exception.  Figure A’s hands crossed when the arms were attached, so they were shimmed slightly to widen their spacing, requiring a little extra sanding effort.  No big deal.  The figures received a basic color, one wash, and some dry-brushing to show the prospective builder what is in the box.

These figures are, in my opinion, a good deal for the money, are well executed, and rate a “WELL RECOMMENDED”.Thank you to MRC for supplying this review kit.  Happy modeling! 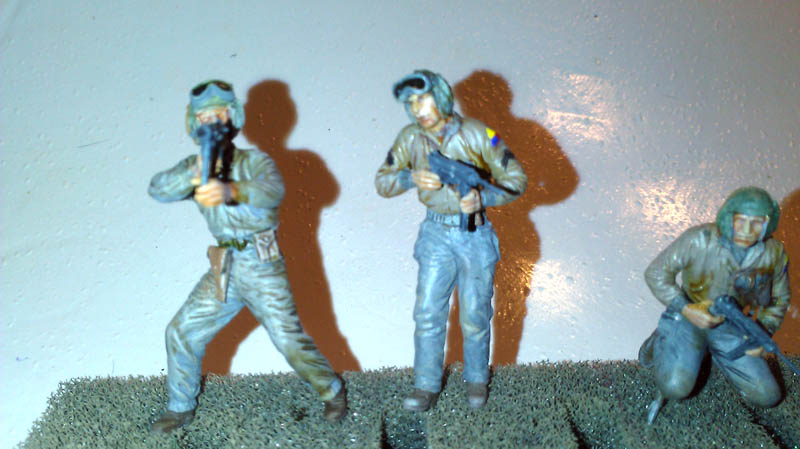 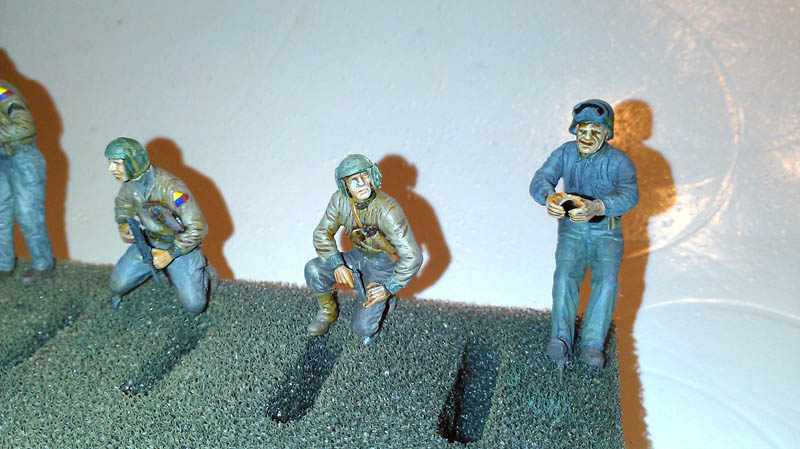 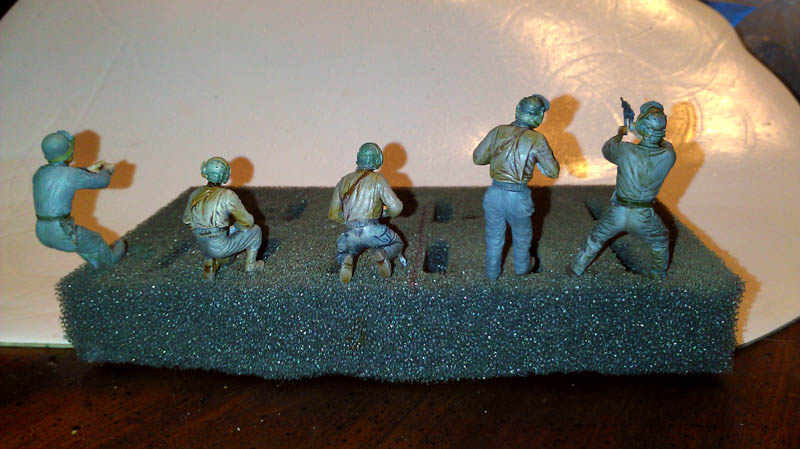 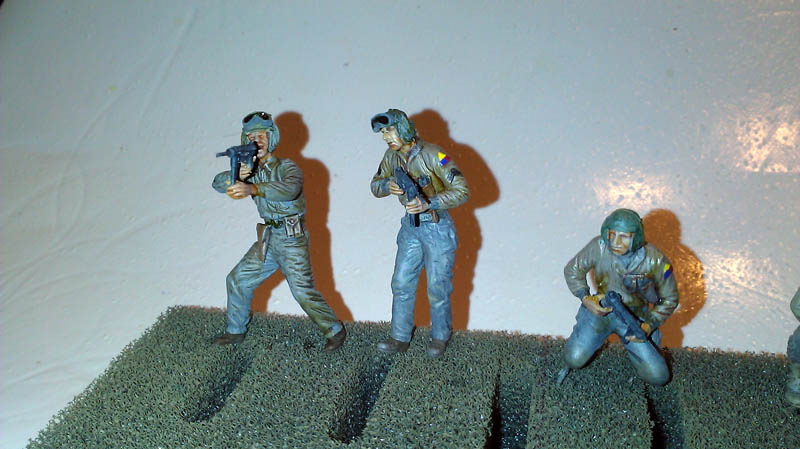 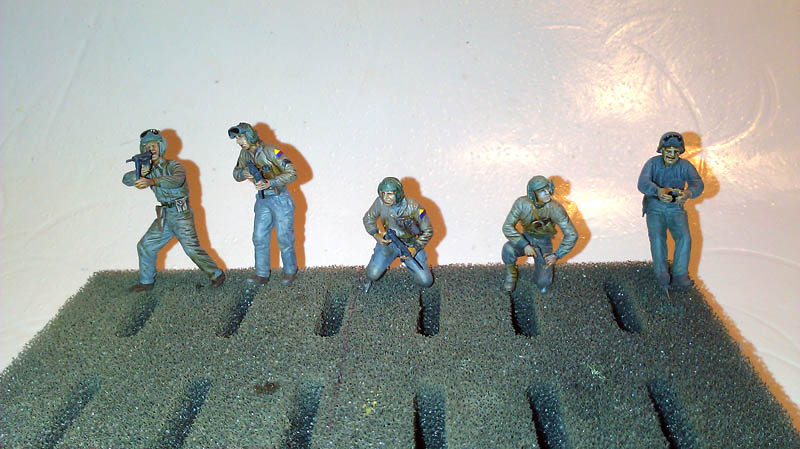