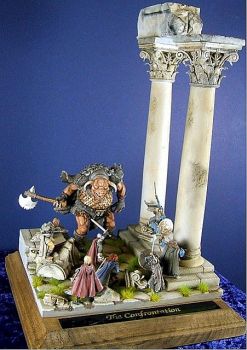 The Confrontation: A 2011 IPMS Nationals Entry 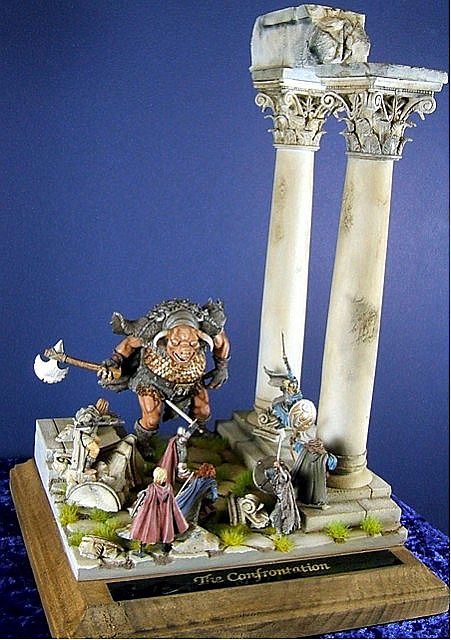 The concept began when I saw the creature, named by the manufacturer Dark Sword Miniatures as "Baak". I wanted to build and paint this figure, but just doing him didn't seem fitting. The idea for a small diorama was hatched. All the figures used in the scene are by Dark Sword, and were chosen only for their relevance to my idea. I started with the scenery...a nice resin and metal piece I'd had in my stash by Seil Models. It's actually meant for 54mm figures, but seemed a good choice for my scene. I didn't use all the parts so the creature had room to appear credible with his movement (a third column was included, but kept for my parts box). After experimenting with placement I glued the main pieces down (debris came later), then brush painted with Humbrol enamels. I use weathering powders in some places to create wear or shadows. The tufts of grass are by the German company Noch. 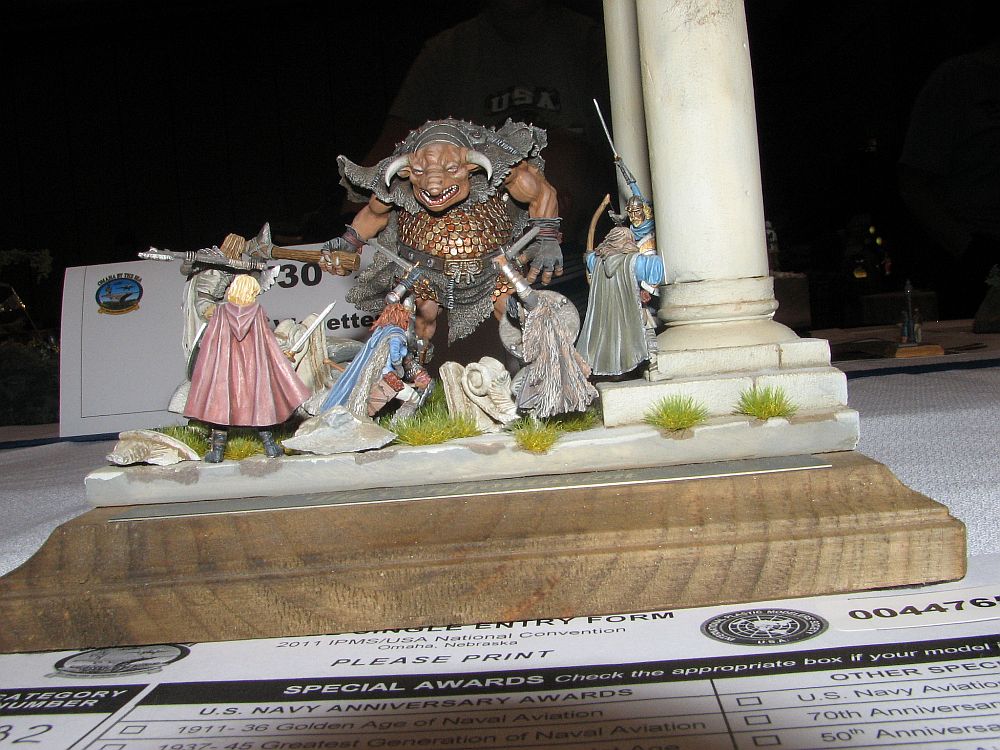 The figures were then finished one by one and added to the scene. My first version had two less figures, but was put on display at the 2010 IPMS Houston show. Later I added two female archers for the finished piece. Prior to the 2011 Nationals it earned me a 1st for figure dioramas at the Region 6 in 2010. Each figure is painted with enamels. The only enhancements were bow strings for the archers made from human hair, and a modified pin for an arrow about to be shot by one of them. I had already put all the debris on the base, and attached each figure as I finished it. For number of figures this is the largest diorama I've ever done, and it was great fun.

This Nationals was my first, and it certainly left me wanting more. What a fantastic experience. 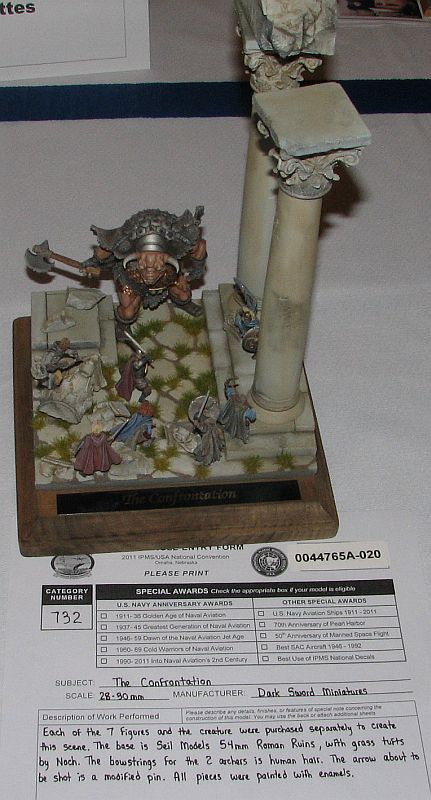