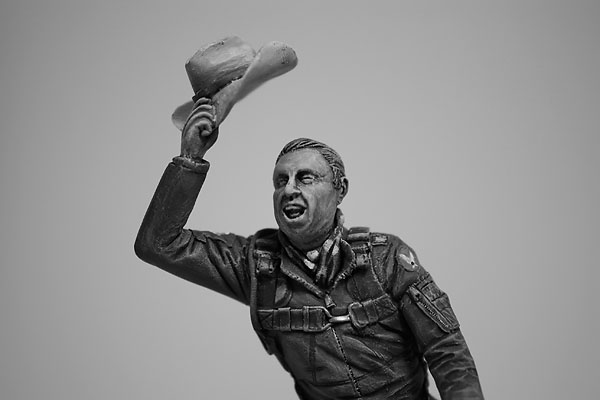 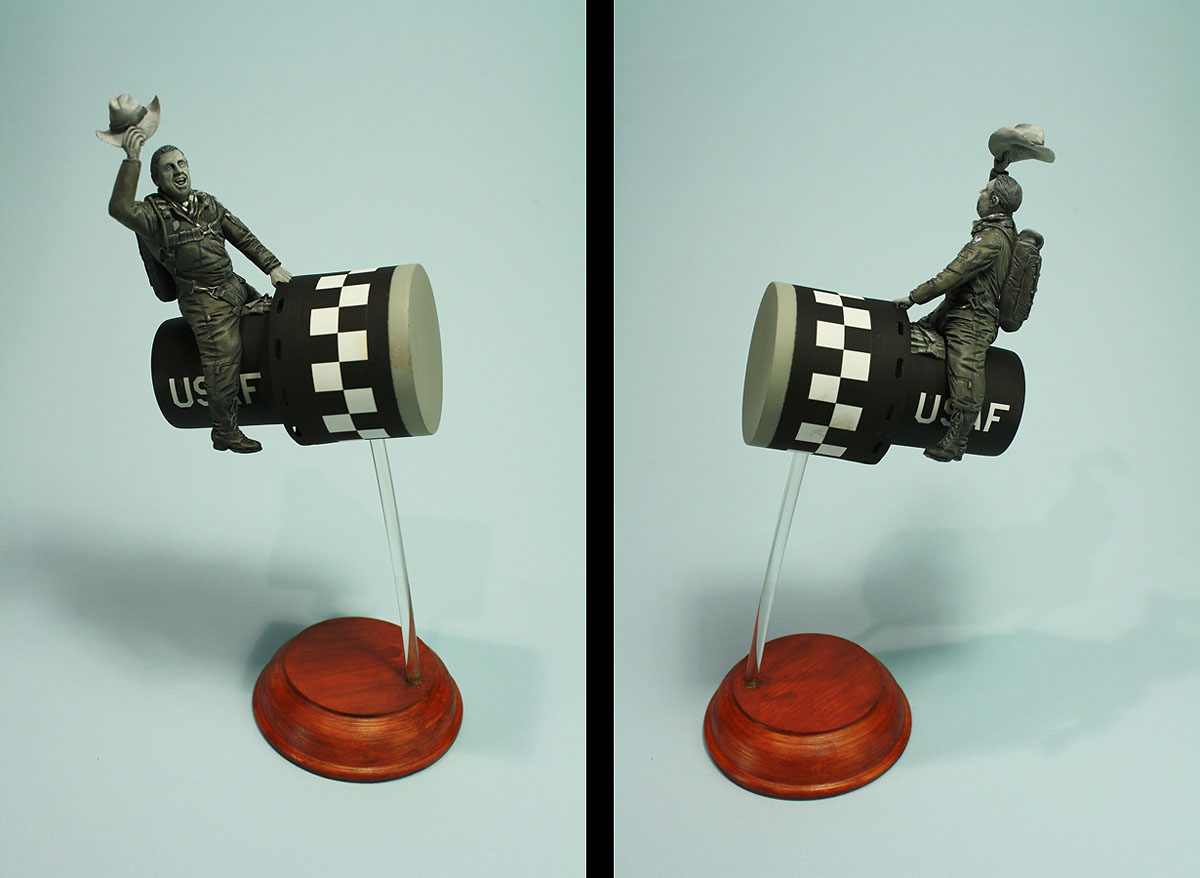 The first release from Government Issue, distributed by Squadron, is a new resin figure kit, called Thermonuclear Rodeo. It features one of the most iconic movie scenes ever, Major Kong (Slim Pickens) riding a nuclear bomb to the end of the world in the motion picture, Dr Strangelove, Or How I Learned to Stop Worrying and Love the Bomb. The kit is 90mm scale, consists of 10 resin and plastic parts, plus decals for the bomb and Major Kong's uniform. 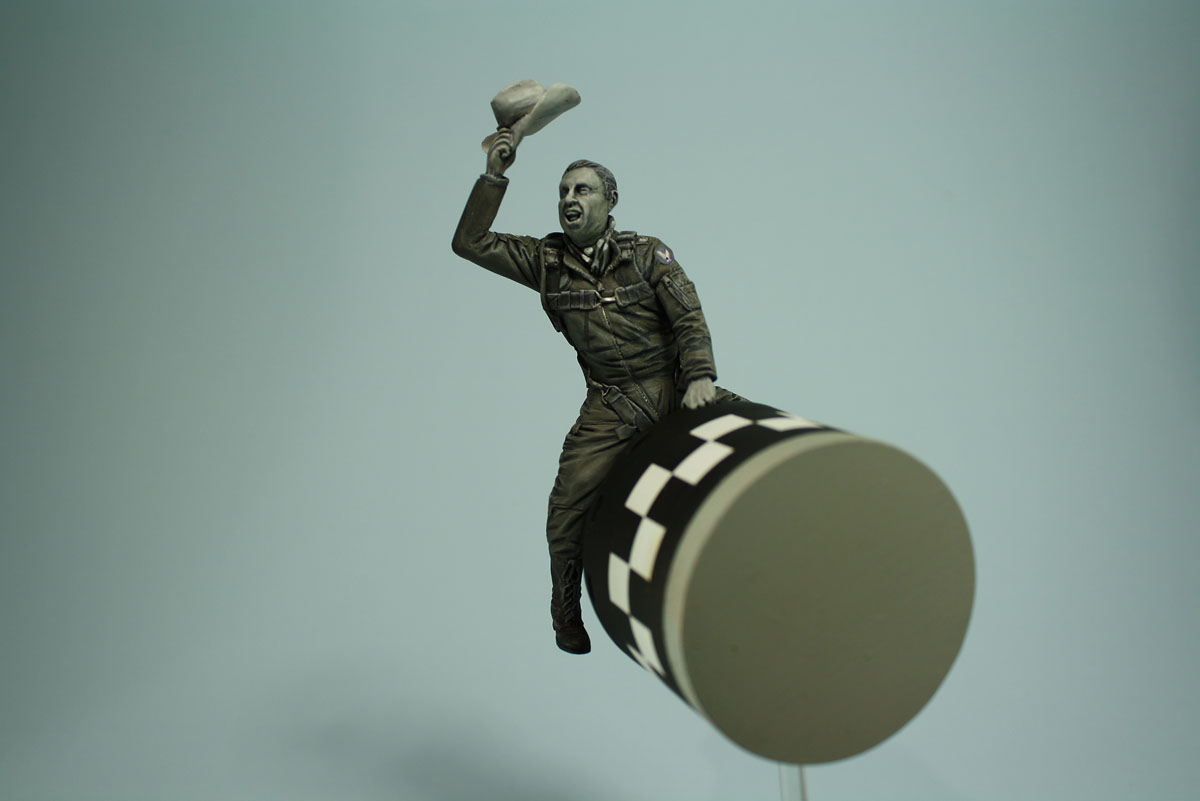 It took a bit of work to remove the pour stubs and once the parts were cleaned up the parts were assembled without difficulty, requiring minimal filling of the seams – I used Elmer's glue. I did remove resin pins that were provided in the kit to pin the arms, as they did not fit the molded holes. The only flaw in my sample of the figure was a hole in Major Kong's chin, which I filled with putty. The bomb required a bit more work. The major issue on my sample was that some of the holes on the forward casing were broken – the molding in the area is very thin. I was able to replace the damaged parts with thin styrene cut to shape. 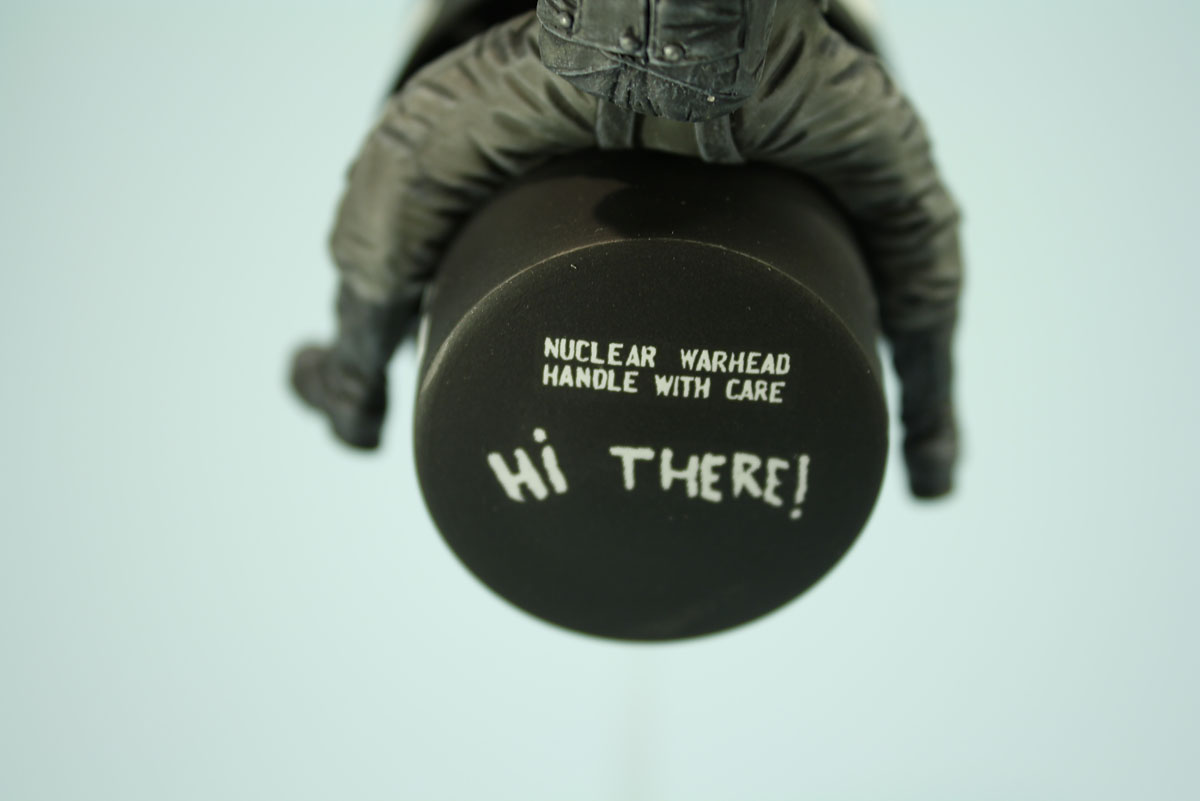 The figure itself was a bit more of a challenge. I sprayed it overall with Model Master Euro Gray. After that, I hand painted his skin neutral gray, then added a bit of white and painted his hat. For his parachute and harnesses I added a bit of black to the neutral gray to give a bit of contrast to his uniform color. After the paint dried I sprayed several coats of Testors gloss. When that dried I applied the decals to his uniform. Once they had set I overpainted the colorful patches with a mix of Grumbacher Payne's Gray and Grumbacher Titanium White to change them into gray tones as well. 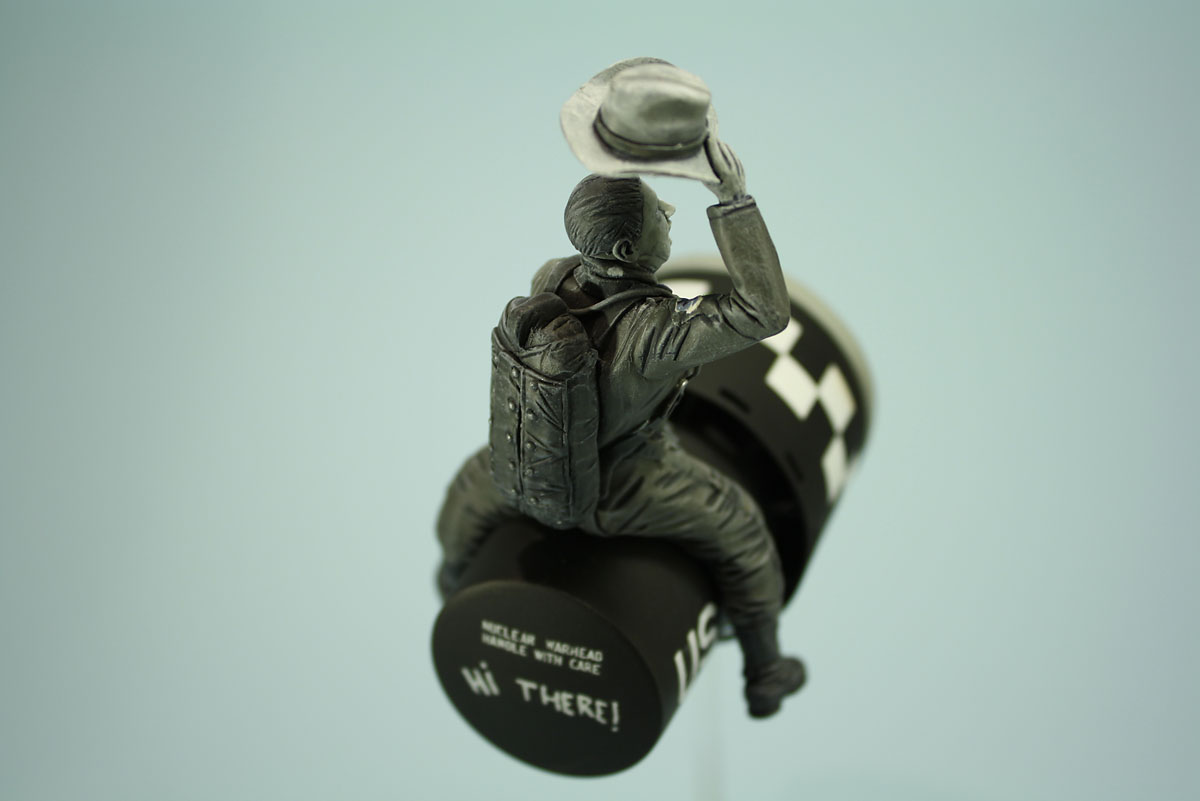 I used a wash of the Grumbacher Payne's Gray in all the creases and folds to give them some depth. Once that paint had dried I oversprayed the figure with Testors Dull Cote and then gave the entire figure a light dry brush with the Grumbacher Titanium White, enough to blend everything together. The final step on the figure was to take a silver pencil and touch up the buckles and zippers on the harnesses and uniform. 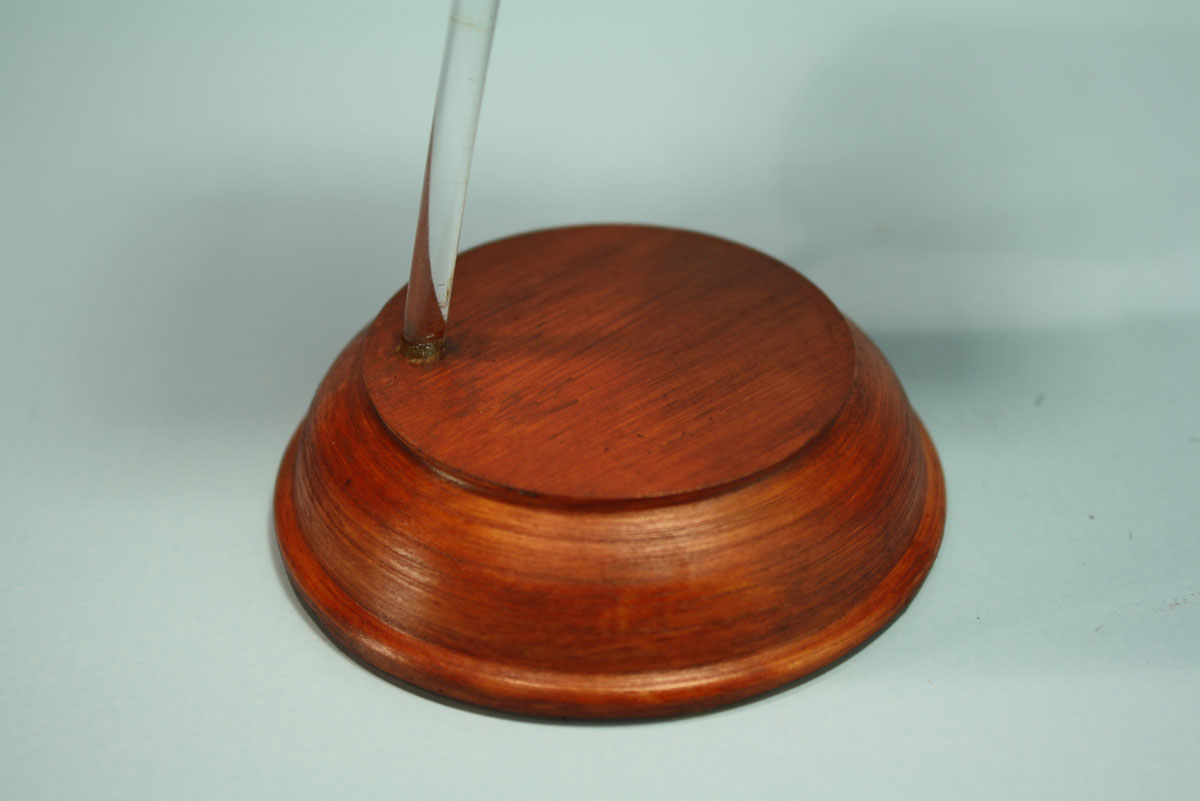 For the base, I re-drilled the hole so the clear plastic post supporting the model was at a less extreme angle, making the model less susceptible to tipping over. For the base itself, I left the resin in its natural color and brushed with a stiff bristle brush Grumbacher burnt sienna. The brush strokes give the appearance of natural wood.

It was a fun project, didn't take a lot of time and fits well in my collection of "reel" planes. My thanks to Squadron Mail Order for the review sample.