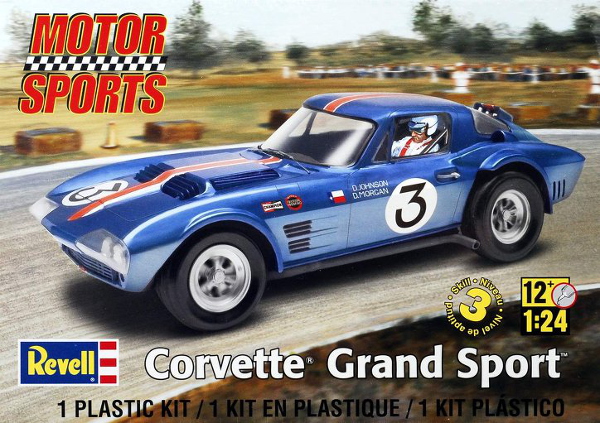 This model depicts a Corvette Grand Sport with photo etch parts. It is based off the 1964 Grand Sport Corvette. In the early 1960's Carroll Shelby's Cobras were consistently dominating the races. The nimble, all aluminum bodied Cobra was 1000 lbs. lighter than the Corvette and consistently beat it. There were rumors circulating in late 1962 that Chevrolet was developing a Corvette that would end the Cobra's dominance on the racing circuits.

The objective was to build 125 ultra light Corvettes, available to the public, so that the Grand Sport would qualify as a GT production car. Race enthusiasts were ecstatic with excitement. However, the General Motors front office stopped the program. 5 Grand Sport Corvettes had been completed when GM canceled it. The 1963 LeMans would have been the Grand Sport's debut in Europe but the required 125 cars were never built per requirement so the effort was abandoned. 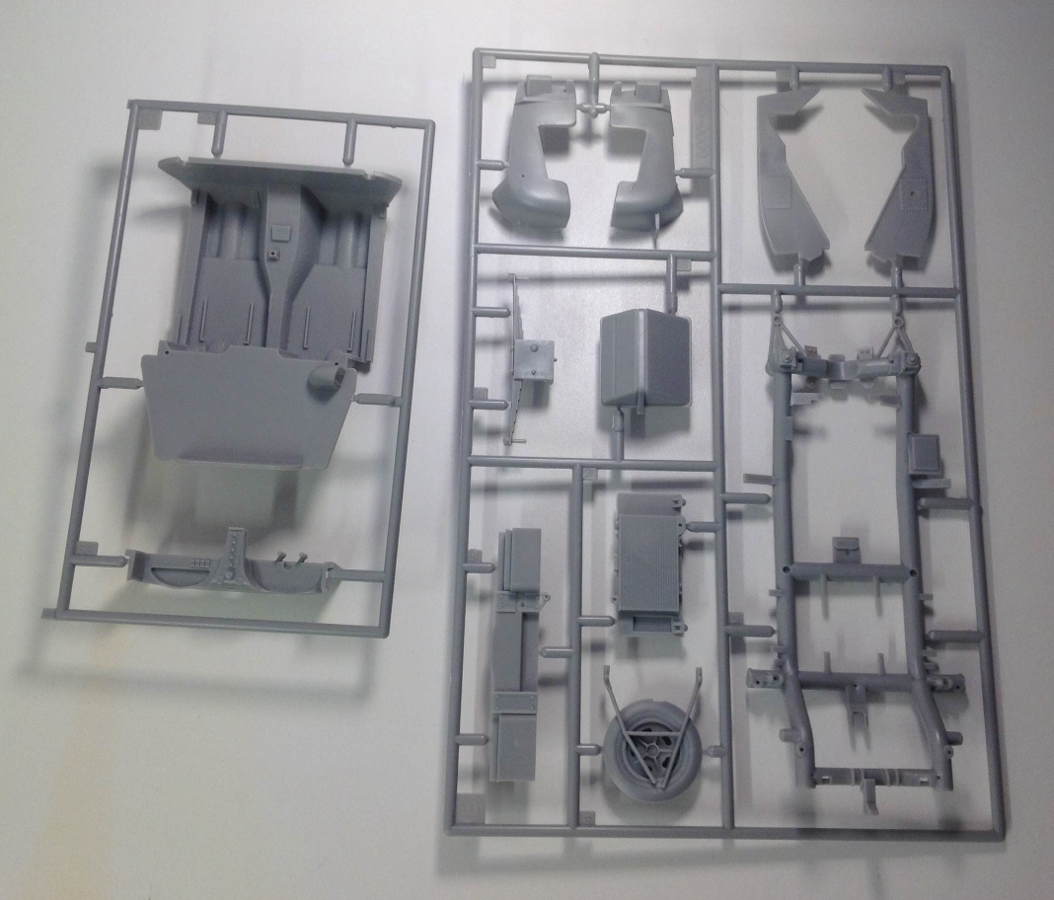 Today, these 5 Corvette Grand Sports still exist and are estimated to have a value of $5,000,000 each, maybe higher. The cars ironically made history again, when they were brought together for a showing at the 2003 Amelia Island Concourse in Florida. This was the only time in history that these cars had been together at one time. 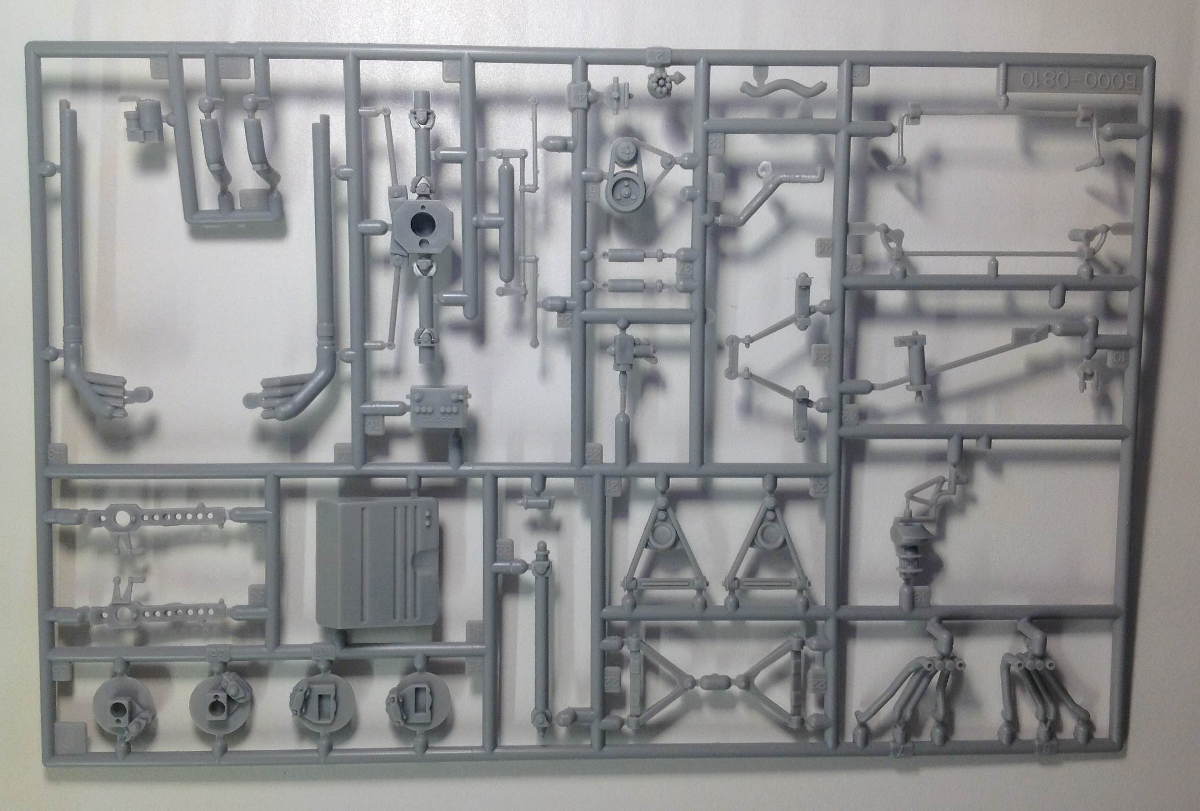 The kit contains roughly 171 parts, plus decals and instructions. The model is made of grey styrene plastic. The model also includes clear parts, transparent red parts and photo etched parts. The model sprues are of excellent quality and I found virtually no flash, making cleanup a breeze. Excellent job, Revell! This model was made in Korea using the original Accurate Miniatures molds. 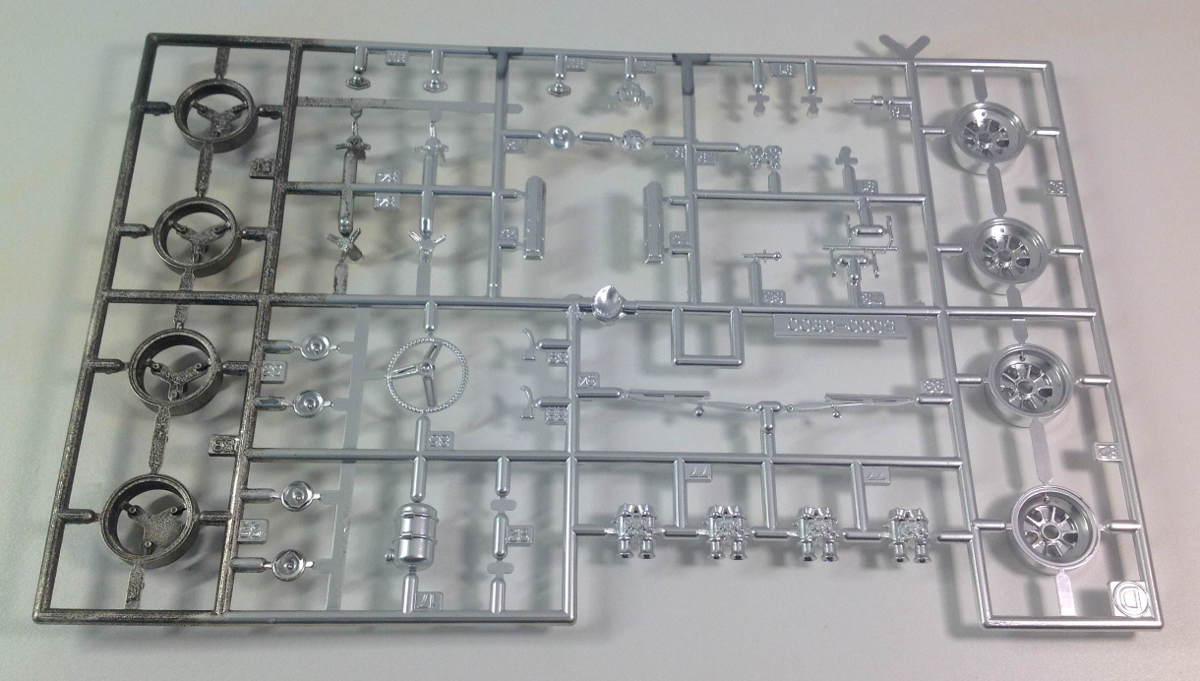 The parts are engraved beautifully and are also very crisp. The details should easily show through a couple coats of paint without losing much detail. There are a number of injection marks underneath the hood of the model. They create a dilemma, because the underside of the hood is scored/engraved with other detail. 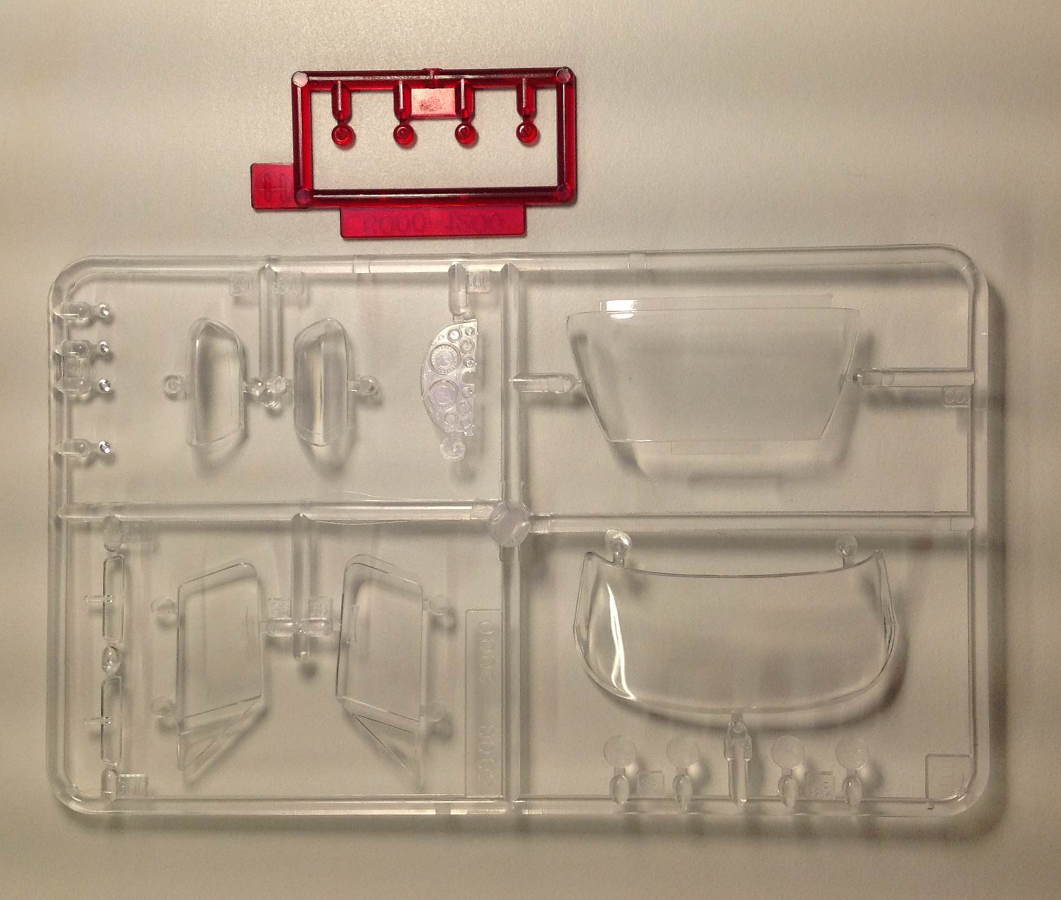 This could create a lot of work for the tenacious modeler, because of the depth of this part. The same is true for the underside of the tub. Injection marks interfere with the scored/engraved detail of the underside of the tub, and will be visible upon viewing. On the plus side, the tub has a beautiful texture in the floorboard area. 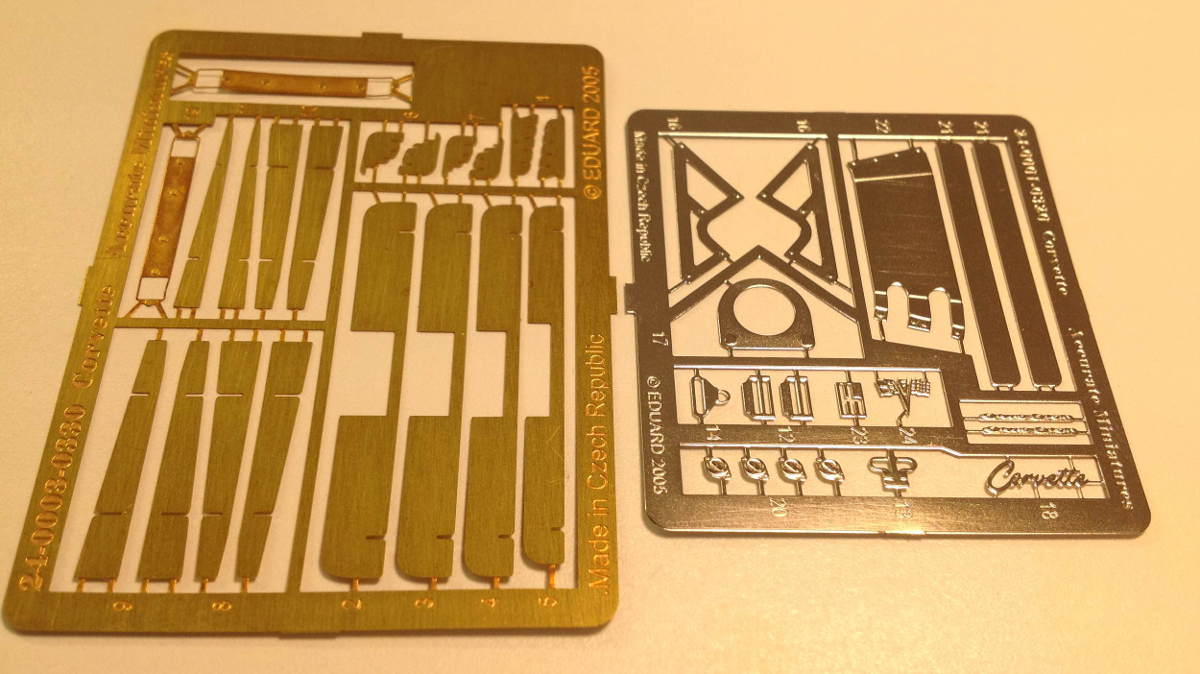 There also appears to be a problem with the chassis. The underside of the frame tubing is not solid: there are channels that will need to be filled, if this bothers the modeler. I can't say for certain if this is how the real cars are, however, my "spider sense" is telling me otherwise. Again, this could create a lot of work for the modeler who won't be able to sleep if this problem isn't rectified. This area will definitely show on the completed model when the car is viewed from the underside. The wheel wells show a significant number of injector marks. 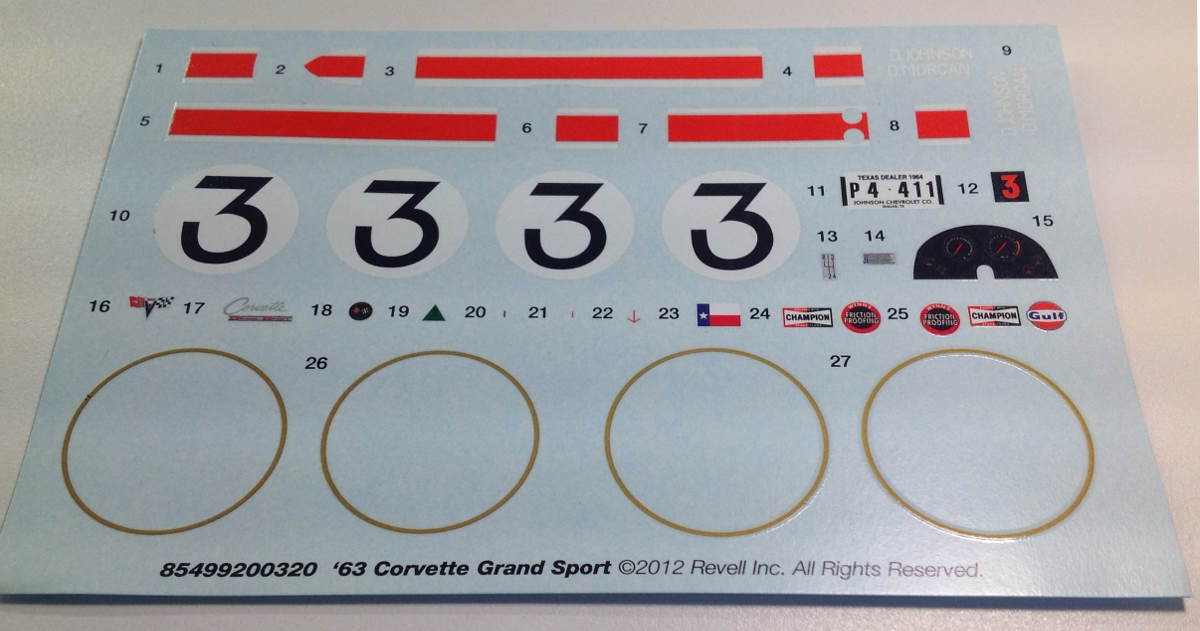 The tires are very nice and appear to be better quality than most of the tires Revell has been issuing as of late. Although there are no markings, the tires have a nice sheen to them and have a nice tread pattern.

The front headlight covers should also have had the injector marks on the opposite side, facing downwards. The modeler will have to sand plenty to make these clear parts seem as though they never had injector marks, while being mindful not remove too much material or to make an indent when sanding/smoothing. This could distract from the model, because these marks face upwards when displayed on the completed model. The red transparent taillights look great. The instrument gauge panel is molded in clear. The 4 headlights are beautiful and show nice detail. 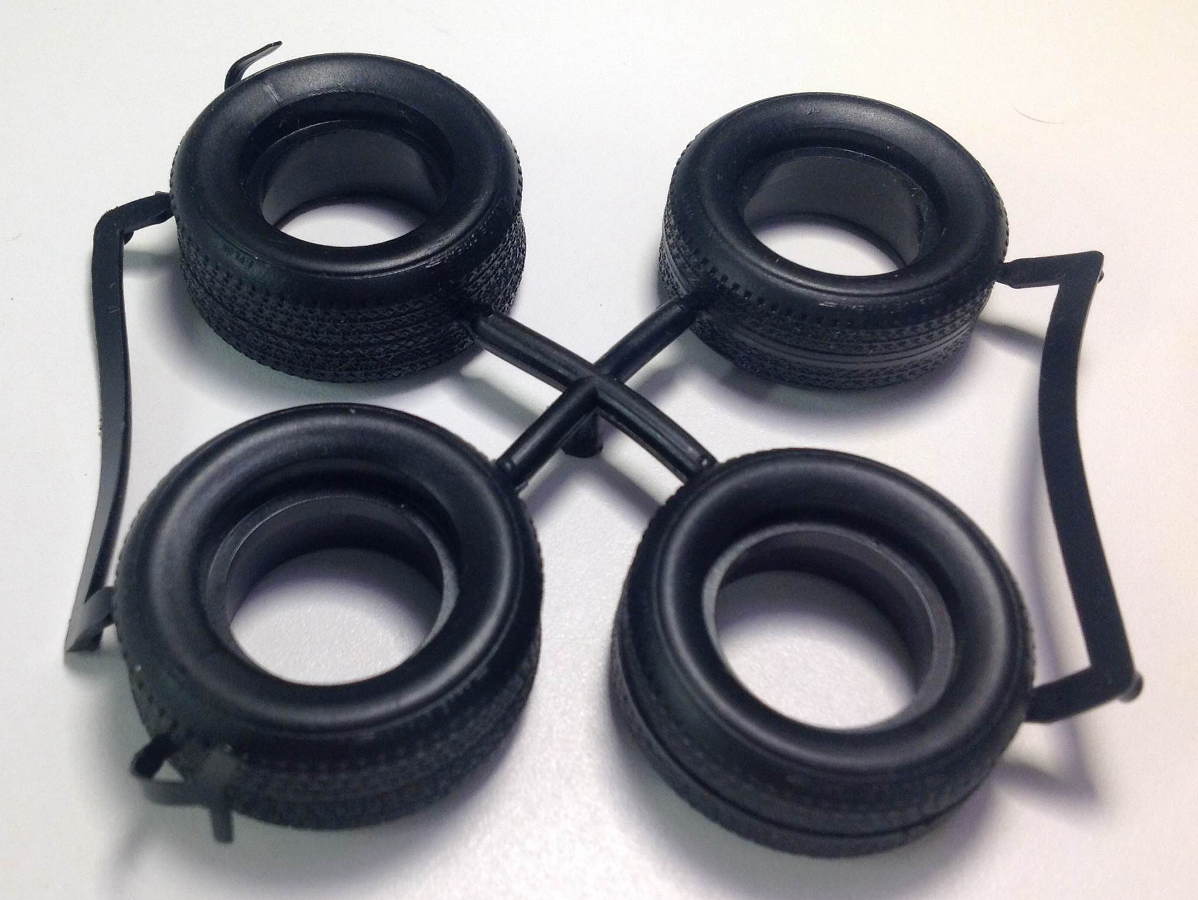 The chrome on this model is average. Nothing really jumps out, and nothing really impresses, although the thickness seems to be on the very good side.

The decals say that they are for a '63 Corvette. However, the engraving on the underside of the tub package tray says it is a '64 as does the instructions. The decals are beautiful. It doesn't seem that the flat/glossy spots appear on this sheet that Revell has had problems with.

This model is very cool. I like the subject matter and the history of the subject. The model can be a real show looker with patience and care. It is different and will build up to be a nice display piece. The problems pointed out can be rectified easily if you take your time. Remember, modeling is details. I like the old Revell instruction sheet a lot better, however, I cannot change this only Revell can. The new instruction sheets are hard to follow and lack necessary details I enjoy with other model companies. I give this kit a 8.5 out of 10, because of a few overlooked flaws. I would like to thank Revell/Monogram for providing the reviewed model sample.