A smaller variant of Grumman’s highly successful Goose, this airplane was designed in the late thirties as a civilian carrier of 3 to 5 passengers. At the outbreak of WWII the US military forces became interested in this type, and a number was ordered for the Coast Guard for U-Boot defense purpose. A larger batch (131) went thereafter to the US Navy.

A delivery of 15 units went to the British Navy, which initially named the plane “Gosling”, later returning to the more common name “Widgeon”. These airplanes were used as liaison and commuting aircraft in British East Indies.
Post war this aircraft was used by a number of military forces like Portugal, Israel and Brasil, and is still is relatively wide use by civilian aviation enthusiasts.

The airplane is a full-metal amphibian design, powered by two Ranger I-6 engines.

Seeing this kit on the Nuernberg Model contest was a very nice surprise. AZ model is offering here a 100% re-box of the Classic Airframes offering, yet with a much more palatable price. I paid 23 Euro straight from AZ at their show stand.

The two-piece box includes two large and one small gray styrene sprues, a clear one, a bag of resin parts, a color painting instruction and two sheets of decals (since on one the red of the British marking is smeared over the blue). As said, exactly same hardware as the CA kit.

The quality of the low pressure injected parts is decent for this type of product. The lines are nicely recessed, elevated metal strips finely elaborated. There’s some light flash.

The resin parts look also very good. The inline-engines are only represented by one-and-a-half cylinders, but that’s enough for the limited visibility through the cooling port inlet.
The canopy is split in half, which requires a lot of care in the assembly.

A quick check of the parts against scaled drawings shows some deviations: The 40 ft wing should be in 48th scale 254mm, but my ruler shows 258mm, so about 1,5% too large. The fuselage looks correct by length, but the shape of the two-step boat hull seems to be different than the drawings I’ve found. For me still good enough.

Unfortunately no reference is given as to the markings.
On the other hand, there are so many extremely attractive contemporary schemes to be found on the web that this model surely will not run short of possible options.

Thanks to AZ for re-boxing this model for such a good price. It makes this highly interesting subject available for the broad public, so I hope for many gorgeous Goslings/Widgeons in future model shows. 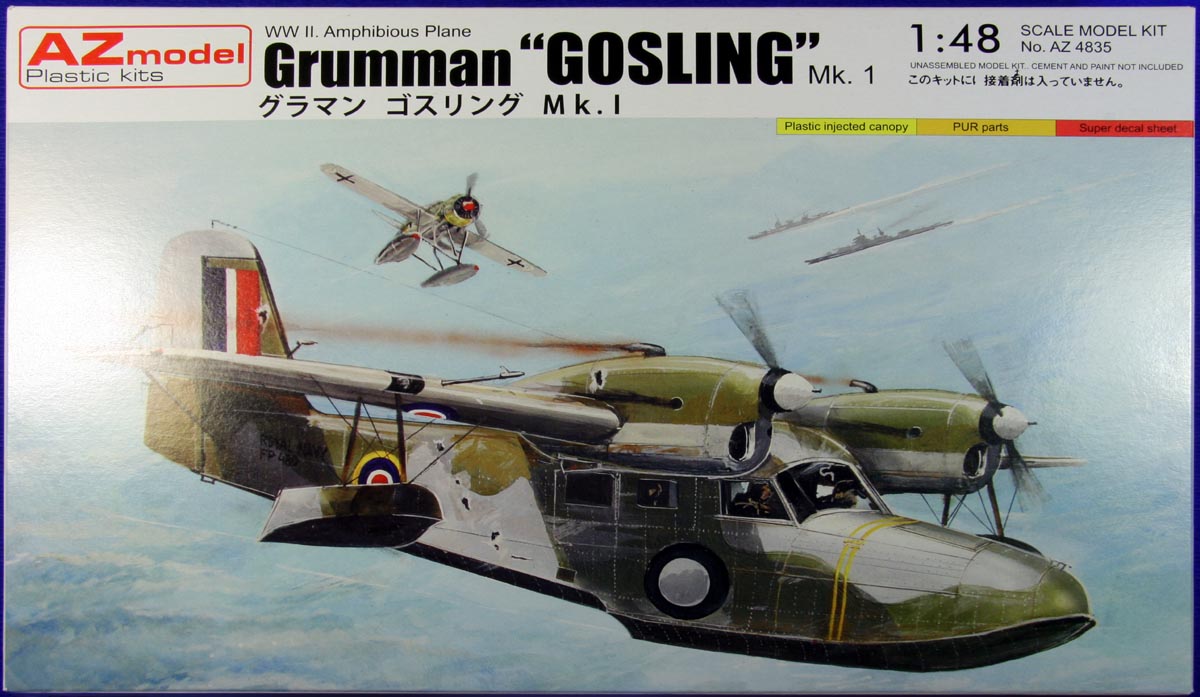 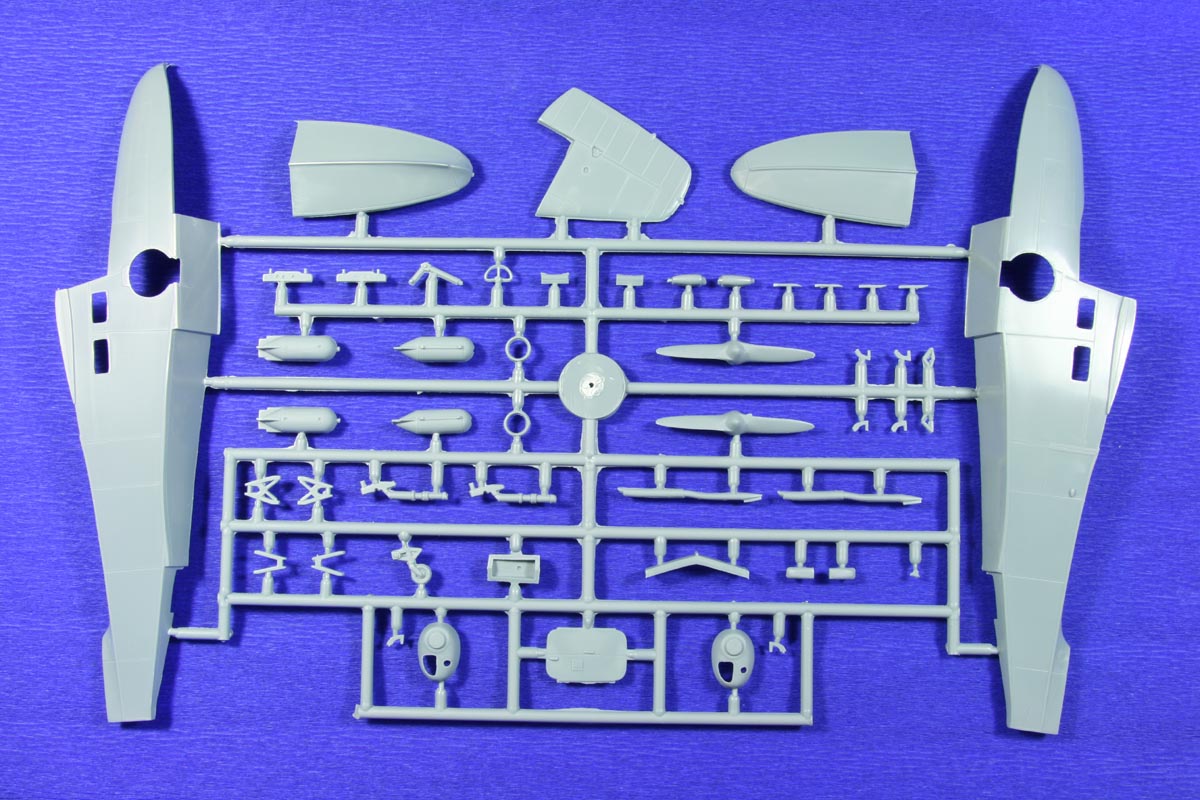 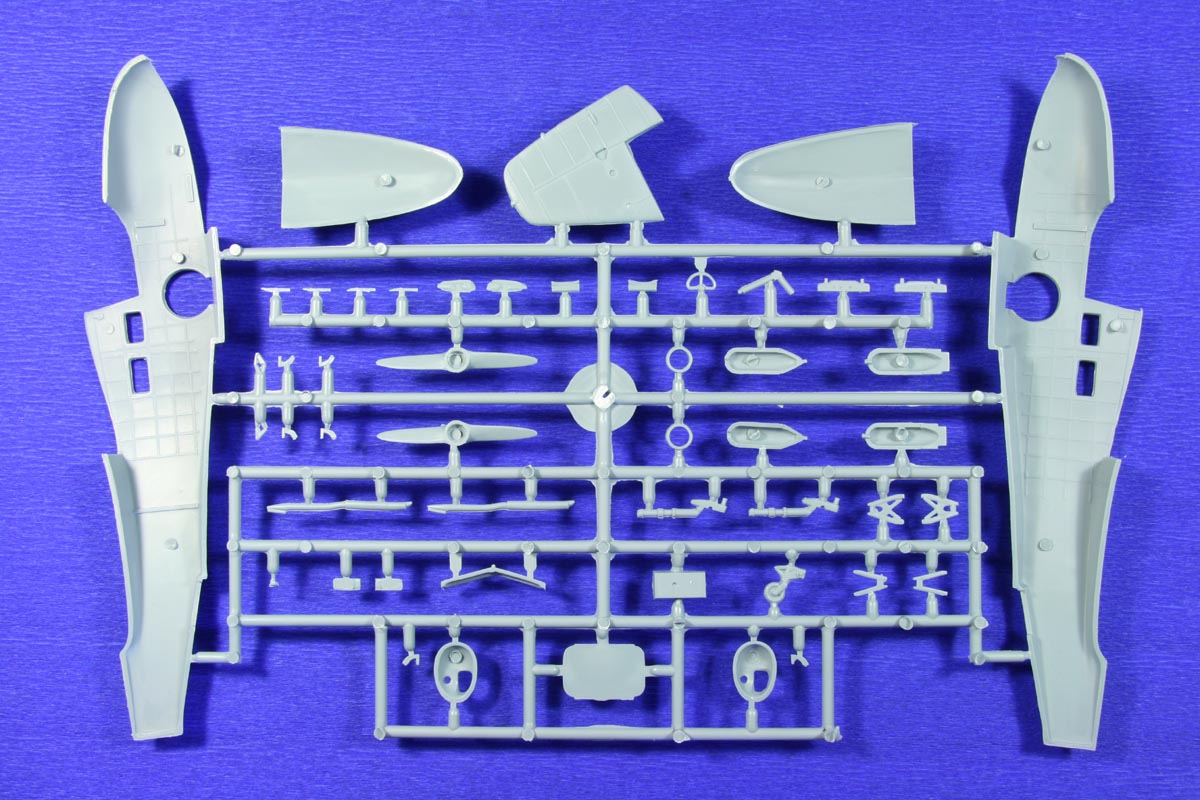 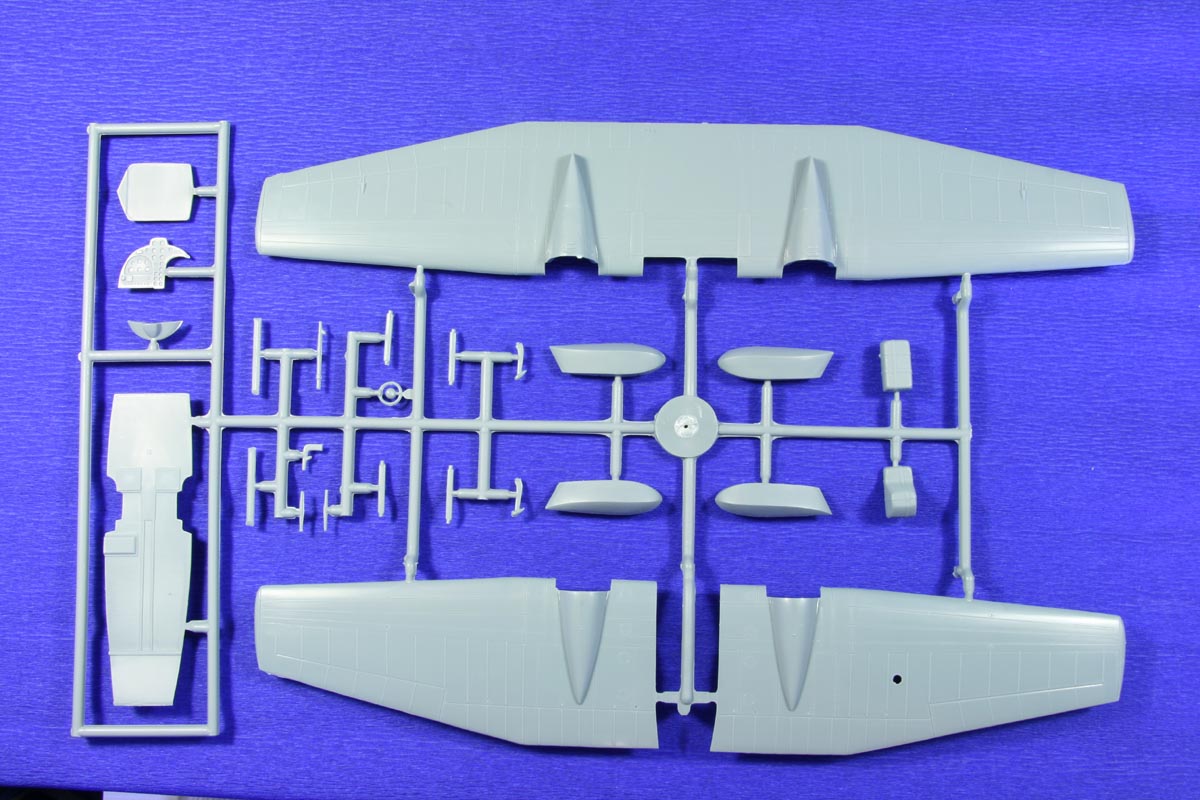 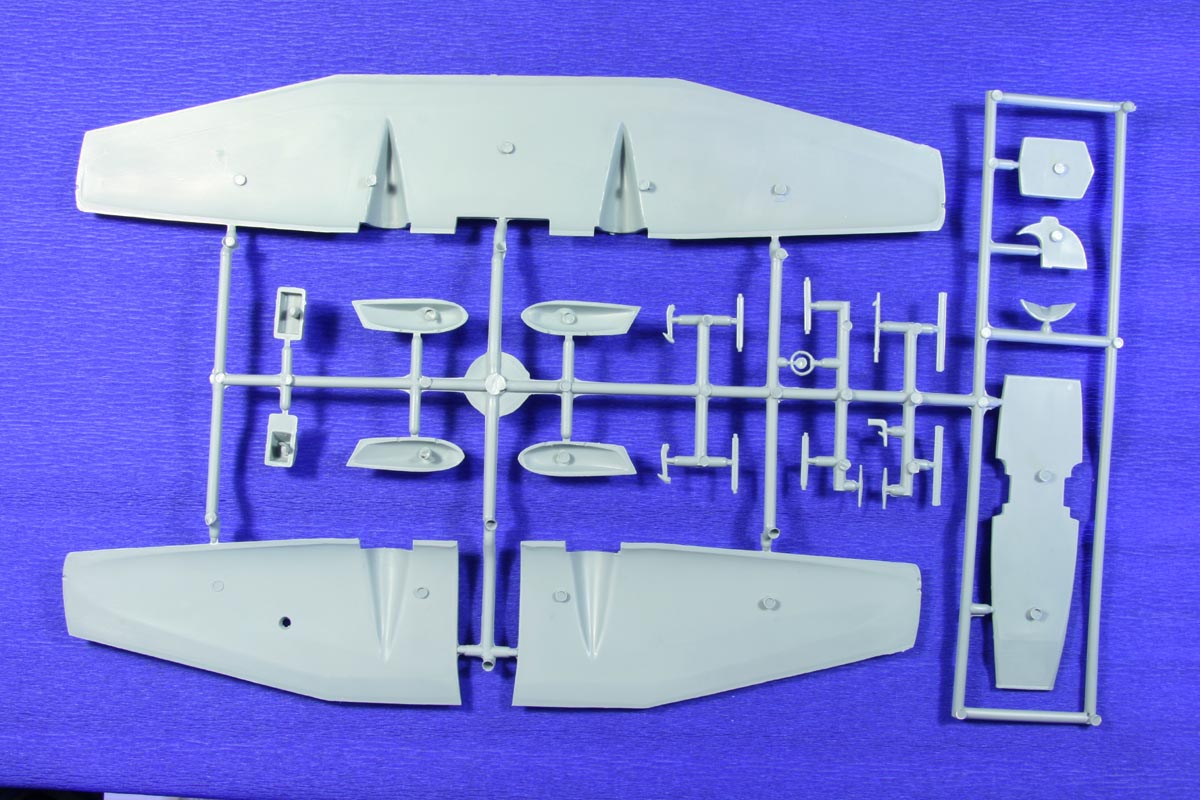 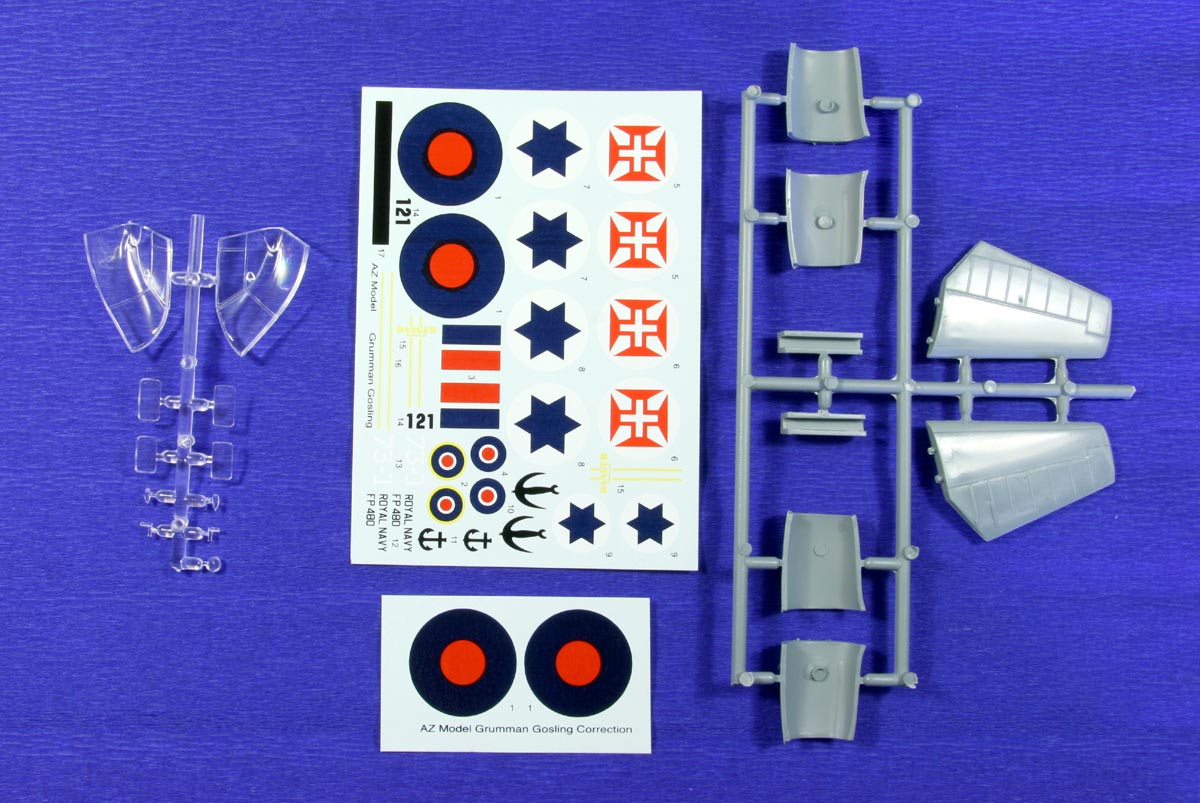 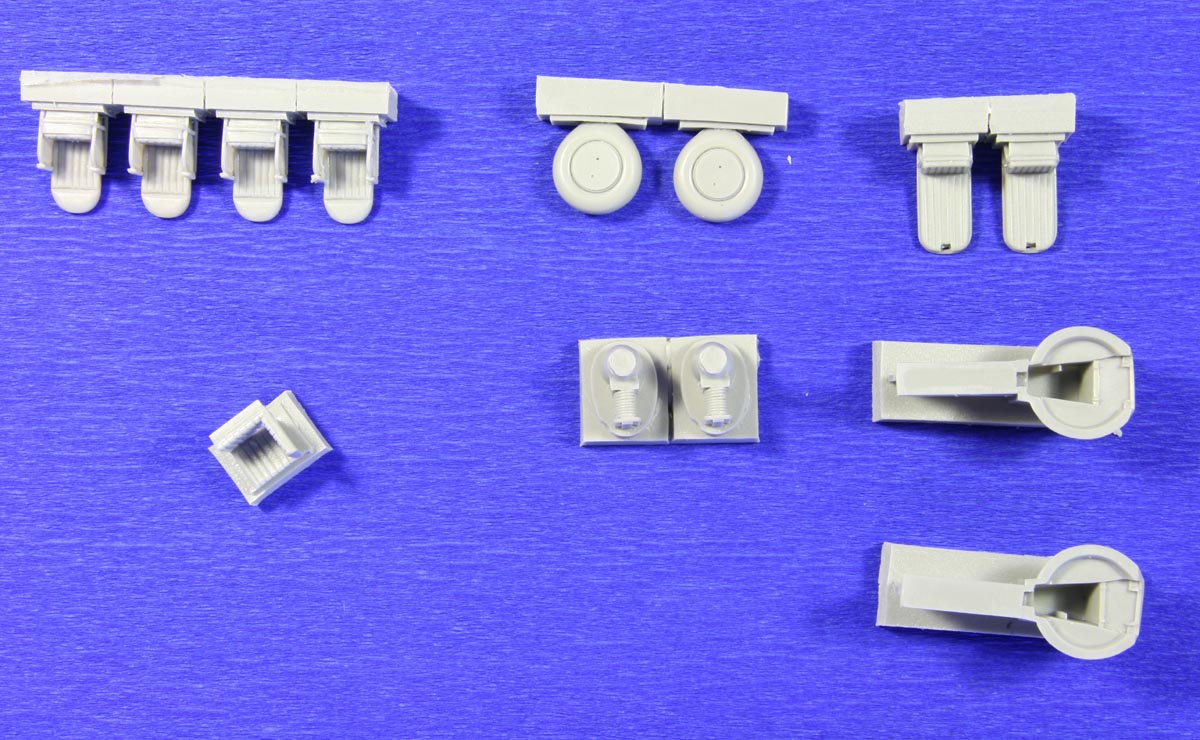 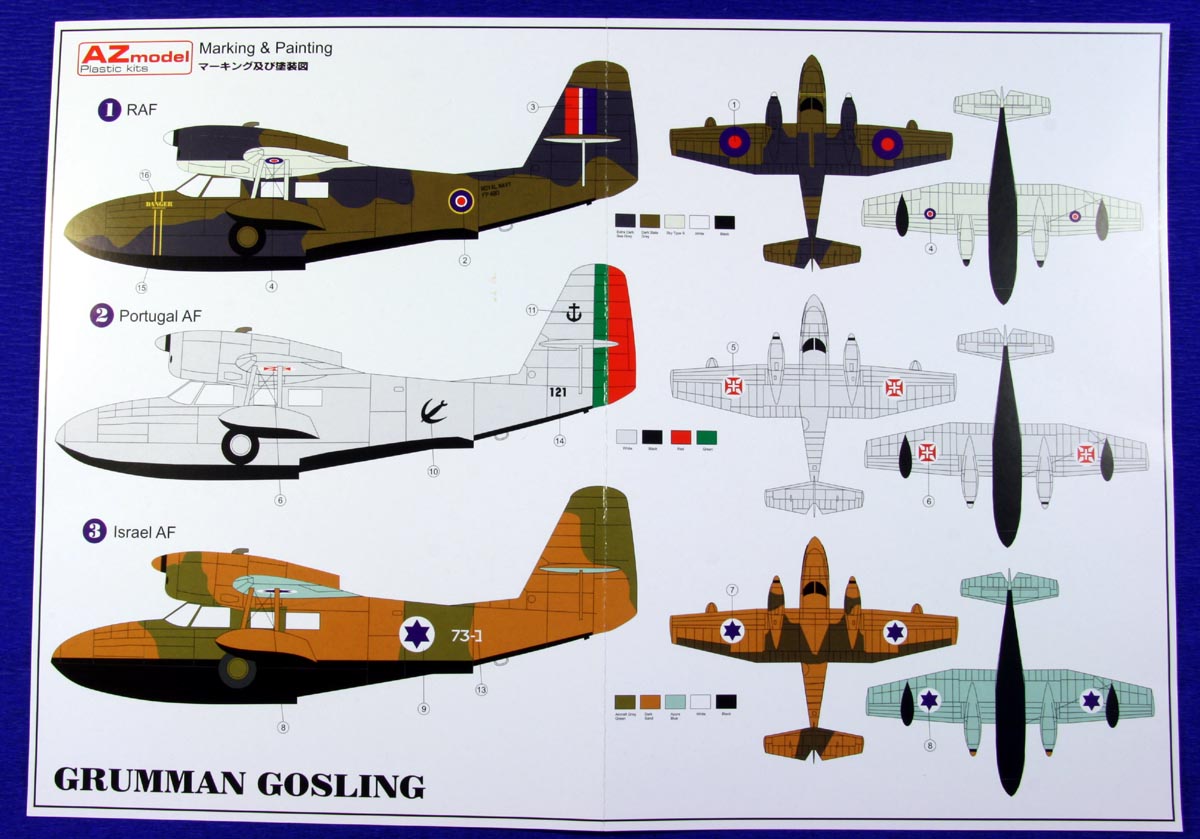 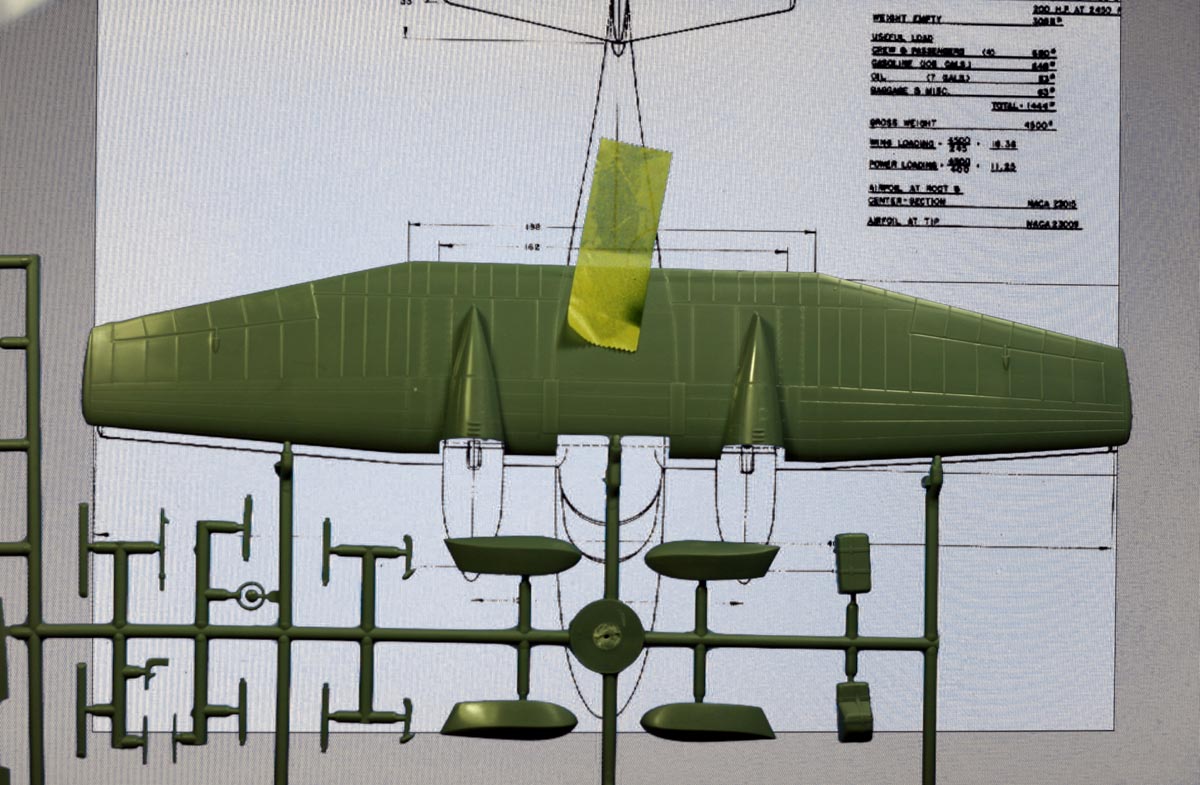 Comparison of wing vs. a scaled drawing 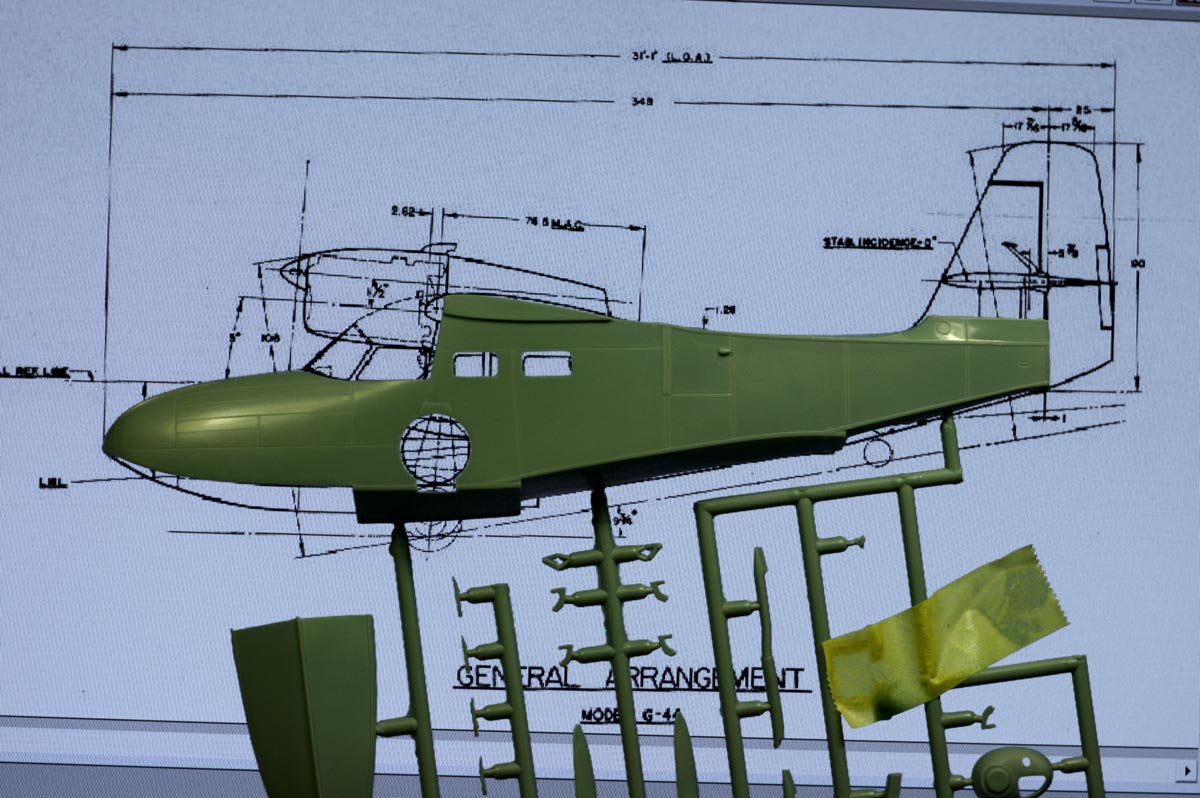 Comparison of fuselage vs. a scaled drawing