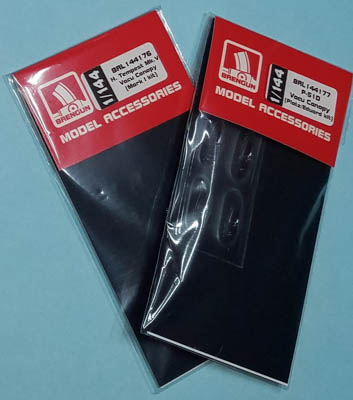 Brengun has been known to release vacuum-formed canopies for 1/144 aircraft subjects. They continue with these two.

For this month, Brengun has released vac-formed canopies for the Platz/Eduard 1/144 P-51D as well as the Mark I Tempets Mk.V series of kits.

Both are nicely cast and inlcude both a closed and open version. The open version has the windscreen farther separated from the main canopy, making it easy to pose the canopy open.

My thanks to Brengun for these review samples.