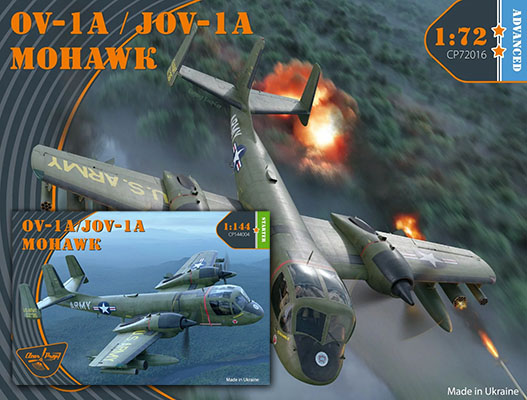 As the title indicates, this is not going to be your standard First Look. Instead, I plan on viewing both kits and how they compare to each other.

In that light, the 1/72 version has 195 pieces of gray injected plastic and this includes 12 pieces on the clear sprue. There is a photoetch fret with 130 pieces so the detailing on the 1/72 version is amazing. The instruction booklet contains 24 pages plus four pages of color profiles including two pages just to show where all the stencils are to be placed.

You have the option to build either the JOV-1A or the OV-1A, with model differences being the upper fuselage behind the cockpit and different armament options.

The 1/144 version of the Mohawk has 69 pieces of gray, injected plastic, and the parts count includes six pieces of clear sprue, two of which aren't used with this version. There is no photoetch fret included. There is no separate, uppper fuselage piece to differentiate between the JOV-1A and the OV-1A; you'll need to worry about that difference yourself (which mainly adds a protuberance near the cockpit, on the starboard side).

Naturally there is going to be more to a 1/72 kit, heck it's twice as big. But, that doesn't mean that Clear Prop! has lessened the 1/144 detail. In fact, I consider it the best detail in any 1/144 kit. The panel lines look near perfect.

The cockpit detail is actually amazing for 1/144. Of course there will be a larger parts-count in 1/72 but Clear Prop! did not skimp on the detail in 1/144. The center console has molded-in buttons and knobs, enhanced by the decal to put over it. It's all difficult to see in the pictures, but there is also molded-on detail on the back bulkhead which depicts fabric detail. You will need care in removing the control sticks from the sprue because they are molded too-scale; these are not your typical "chunky" sticks. In addition, there are plenty of decals to add to the cockpit - including seat belts - to make it more detailed.

But of course there is more to 1/72. In 1/72 each ejection seat consists of 20 pieces of photoetch and injected plastic. Yes, 20 pieces per seat; 40 parts just to add ejection seats to your 1/72 Mohawk cockpit. And it doesn't stop there. The entire 1/72 cockpit is amazing and warrants leaving the side cockpit window/doors open (which the kit allows). Some of the 1/72 detail is more than needed in 1/144, but I feel like Clear Prop! truly has not skimped on the 1/144 detail. Yes, a photoetch fret in 1/144 would be nice, so here's hoping for that. While the instructions don't show it, it is possible to have the side doors open on the 1/144 kit as well.

Naturally construction will go quicker with the 1/144 kit, since it has a smaller parts-count. Each wing-side is one piece (as opposed to the top and bottom construction of each wing-side in 1/72). Each 1/144 engine consists of three parts versus four for the 1/72 version. Plus, the horizontal tail is one-piece per side in 1/144 while it's again, a top and bottom for the 1/72, along with separate control surfaces (something the 1/144 version doesn't have, unfortunately).

In terms of the landing gear and gear bays while yes, naturally there is more detail in 1/72, what Clear Prop! provides in 1/144 is commendable. However, care must be taken: all parts are molded to-scale. Take great care removing all the pieces for the landing gear (five per side for the main gear, four for the nose-gear) because they are quite delicate. In fact, the landing gear doors are the thinnest injected-molded doors I have seen. Nothing chunky on this kit.

One unfortunate aspect to the 1/144 found on the 1/72 kit is the posable elevators and side-fuselage speed brakes. Those aren't separate on the smaller kit. But, the under-wing ordnance is just as impressive.

Both kits have the same marking options and while the 1/72 kit contains more stencils, the 1/144 has plenty of stencils to please most modelers.

This is one case where the 1/144 is almost comparable to its 1/72 cousin. Of course you're going to have more in the 1/72 kit, but the detail and scale options in the 1/144 kit is first rate. Clear Prop! is to be commended with the amount of detail - everything to scale - contained within the 1/144 kit. Both kits come highly recommended and if you build 1/144, the Clear Prop! OV-1 is a must-buy. I just hope someone releases at least a set of masks for the clear parts, and hopefully a photoetch set as well.

Huge thanks (and well wishes) go to Clear Prop! for supplying these for review. 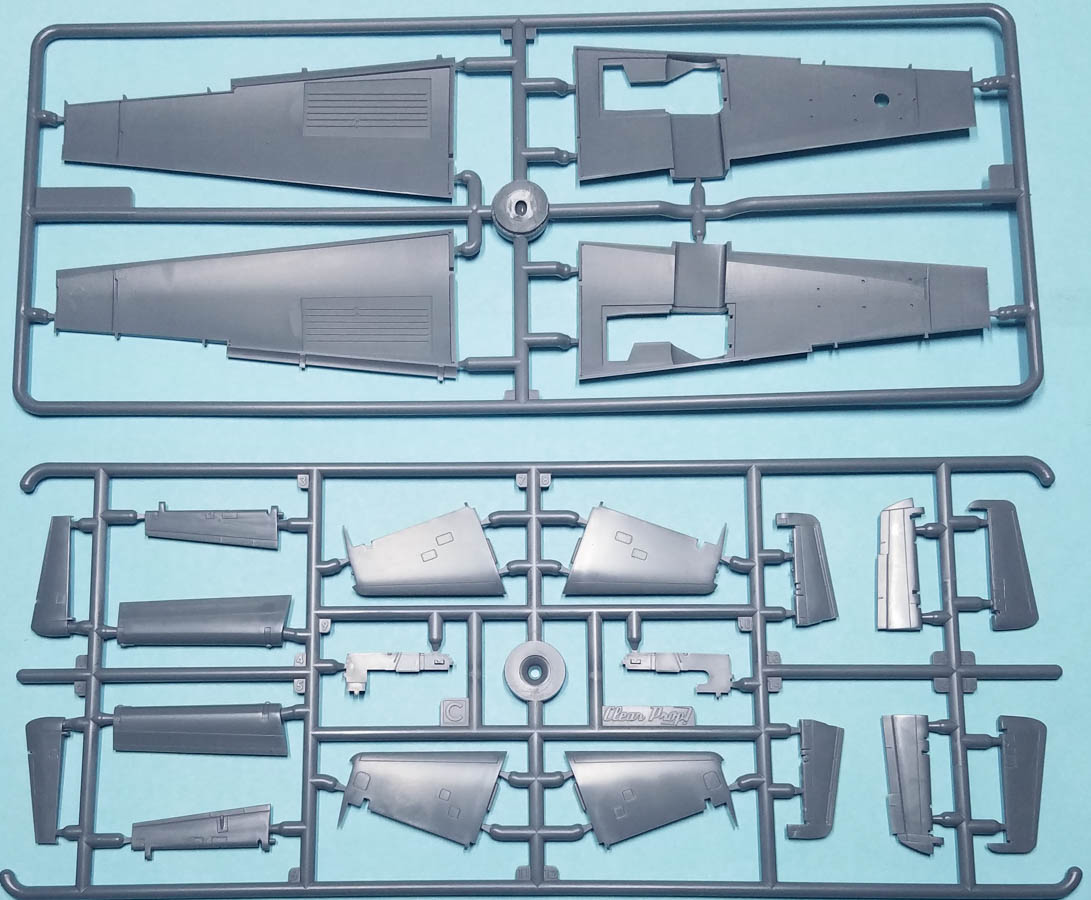 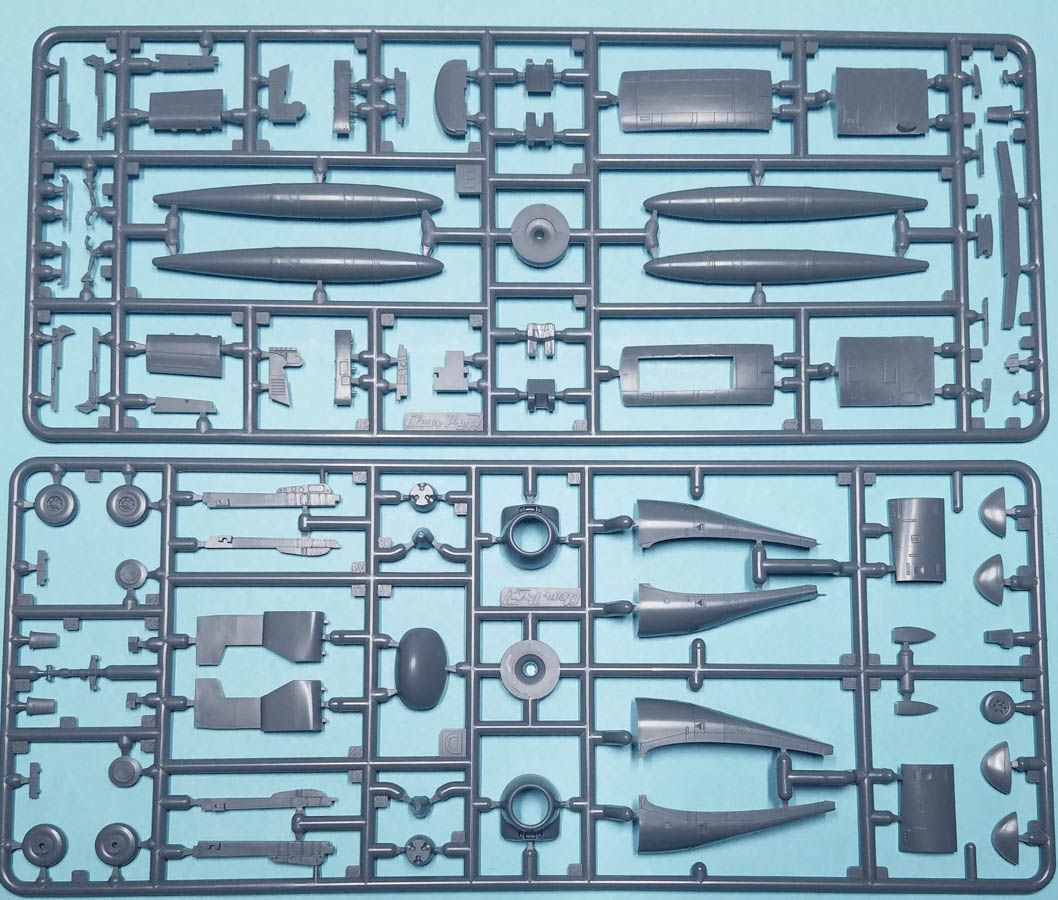 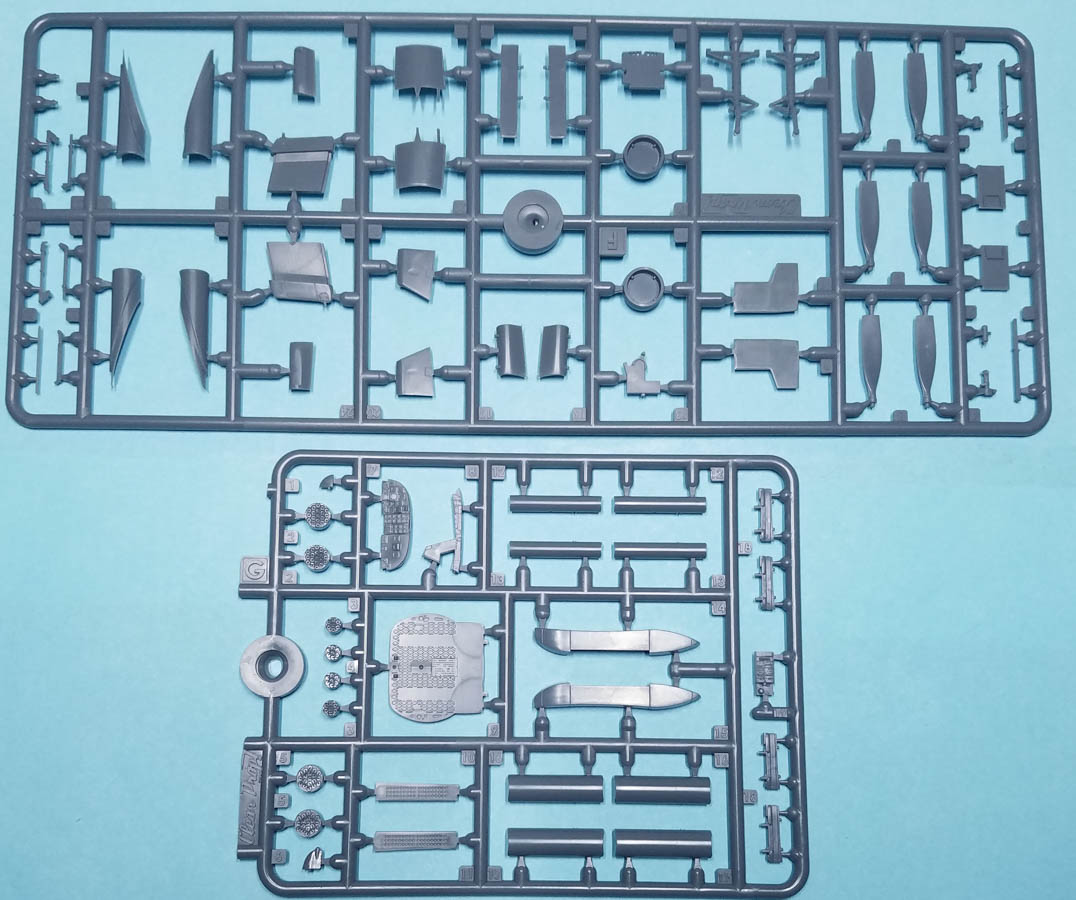 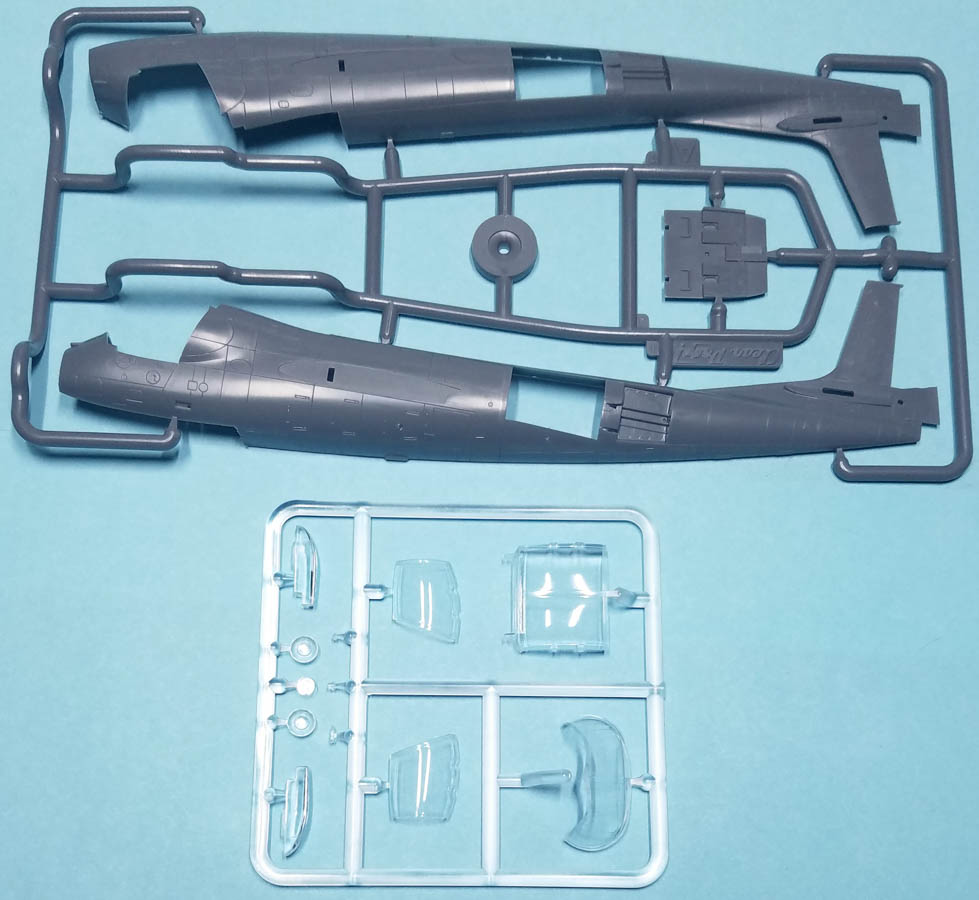 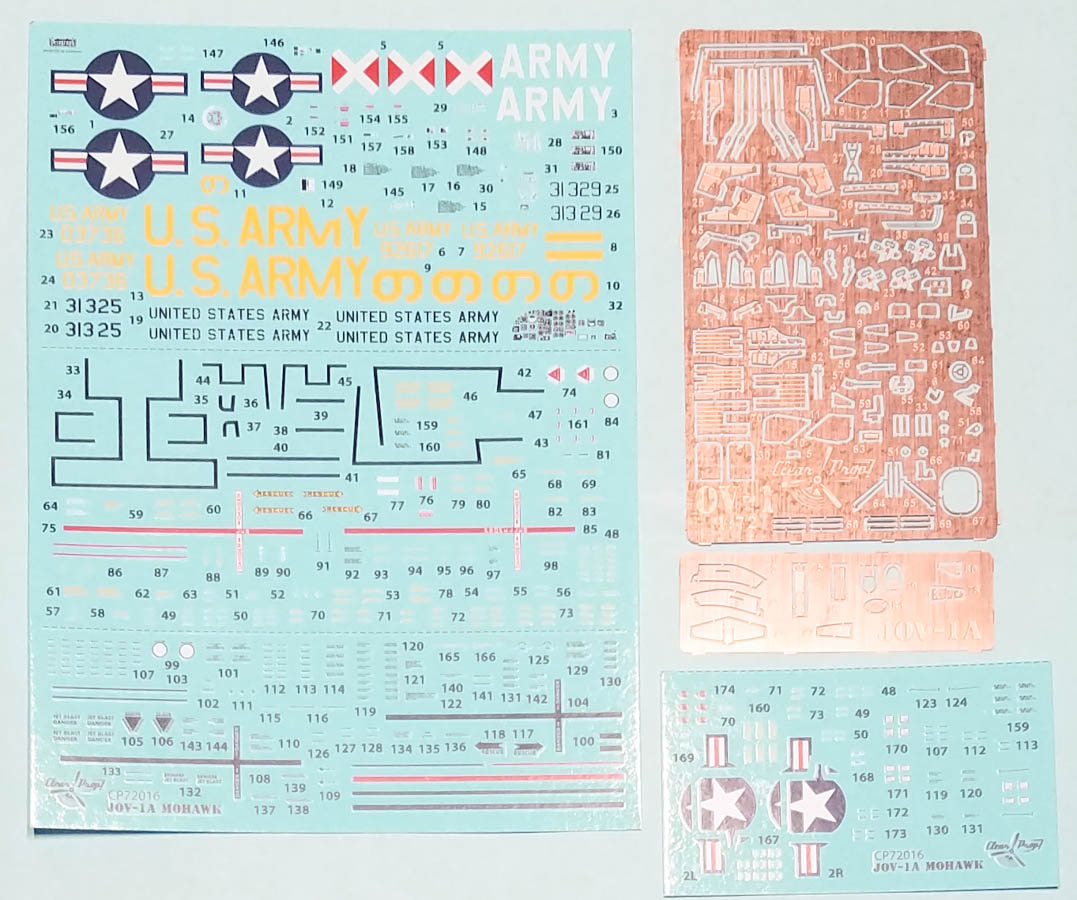 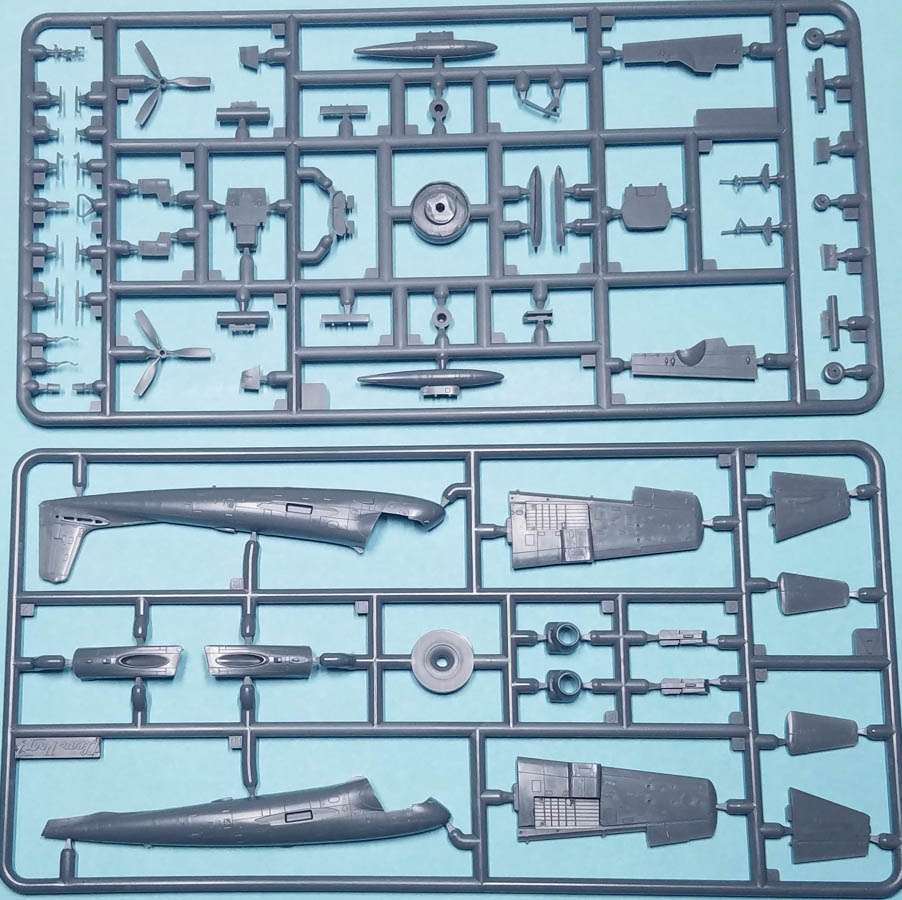