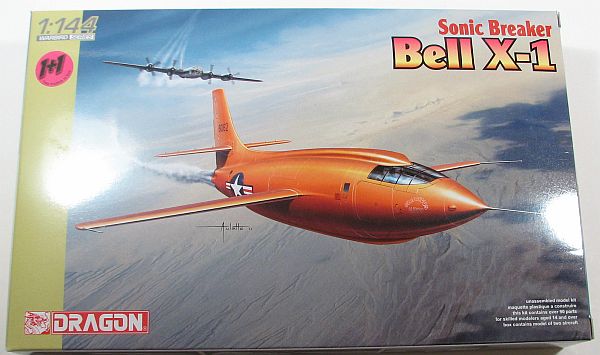 I really don't think I need to provide any kind of synopsis on the Bell X-1, the first aircraft to fly faster than the speed of sound. Instead I'll mention that Dragon's latest 1/144 releases are at a very high standard. With their "slide mold" technology there isn't much that Dragon can't mold extremely well, and the X-1 is proof positive of that. 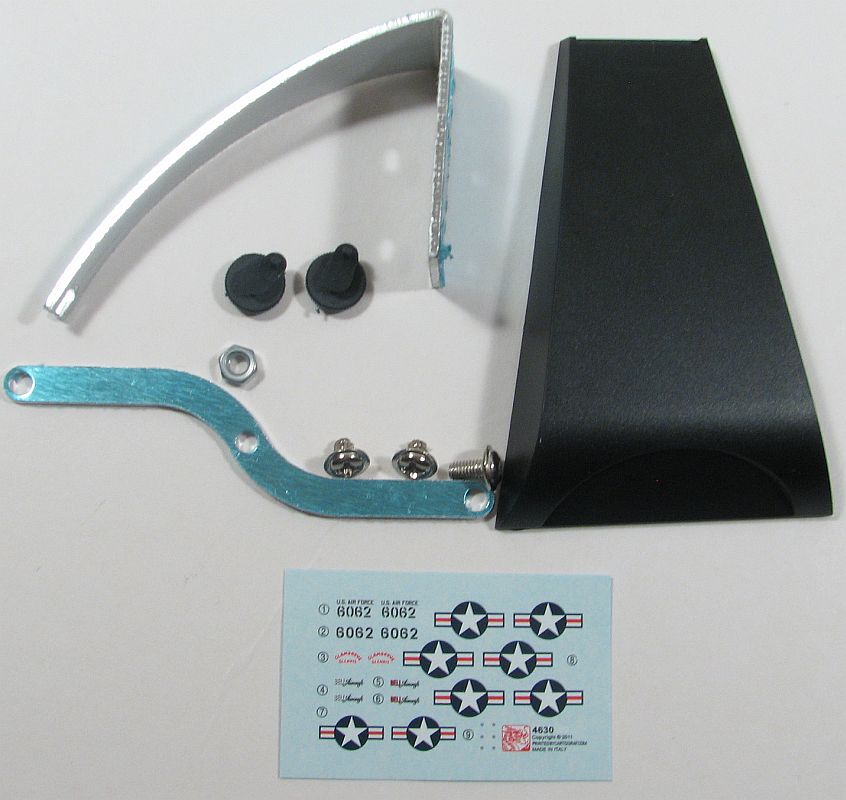 Dragon's 1/144 release of the Bell X-1 actually contains two kits in one box. In addition, they have molded the fuselage halves in clear plastic to show all the excellent interior detail they include with the kit. Pretty nice if you like to show of the internals of your models. Each X-1 consists of three pieces of clear plastic (the fuselage front and rear sections, along with the canopy) along with 42 pieces of grey injected plastic. There is also a plastic and metal stand to display your models on, if you're so inclined. Decals are nicely printed by Cartograf and are for only two of the X-1s, both mainly in orange. The most famous Yeager's mount "Glamour Glennis" as well as one finished in the markings and colors of one of the last flights of the very first X-1s, overall-orange with a white fin and fuselage spine.

Construction starts with all the internal goodies. There are two tanks to assemble from halves, along with "coils" to add the front or rear of each, a section containing the main wheel wells that sits between the two tanks, and a separate engine. In addition there is a very nice and highly detailed (and pretty accurate) cockpit. The cockpit consists of a one-piece floor with separate seat-back, a separate port-side console, separate instrument panel (with nicely raised dials), a separate "rudder bar" that attaches to the back of the instrument panel, and a separate control column. Excellent. The only thing missing are seat belts, easily added with tape (although it does make me wonder if someone will release a photoetch set for this kit). The only thing missing would be a separate cockpit door because even with the clear fuselage, you still won't be able to see all the great detail supplied in the cockpit. 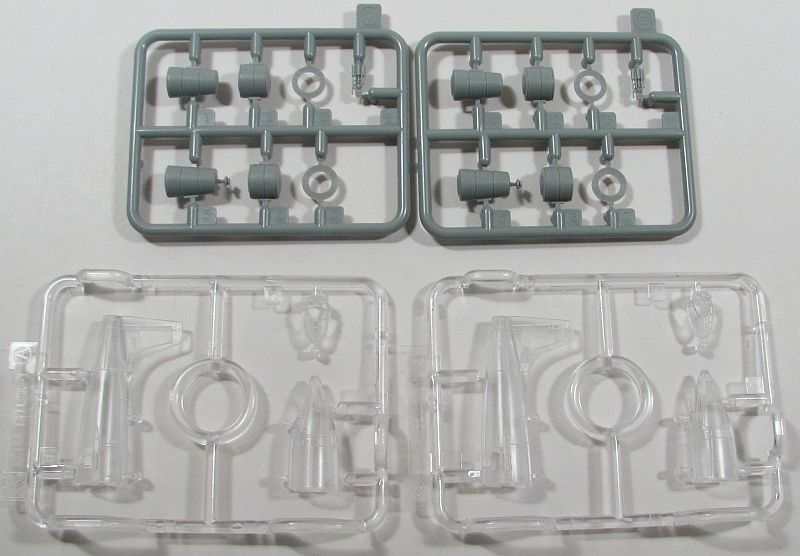 Once the internals are assembled, then those are slotted into the fuselage pieces. First the engine goes in the rear, and unfortunately there's no easy way to glue it in. Then the rear tank is added, the piece that has the main wheel wells followed by the forward tank. The cockpit is slid into the forward fuselage half. You can glue the forward pieces in (the forward tank and the cockpit) but the rest will be hard pressed to apply any glue to.

One thing. Even if – like me – you're not planning on leaving the fuselage clear, you still need to assemble all the internals if you're going to display the model gear-down. Since the main wheel wells is one section of the internal pieces, it requires all the other pieces to sit in the fuselage correctly. Sure, you won't need to paint anything but the wheel wells, but you still need to glue it all together. Unless you can figure out a way to just insert the wheel wells without worrying about the other parts. I haven't. 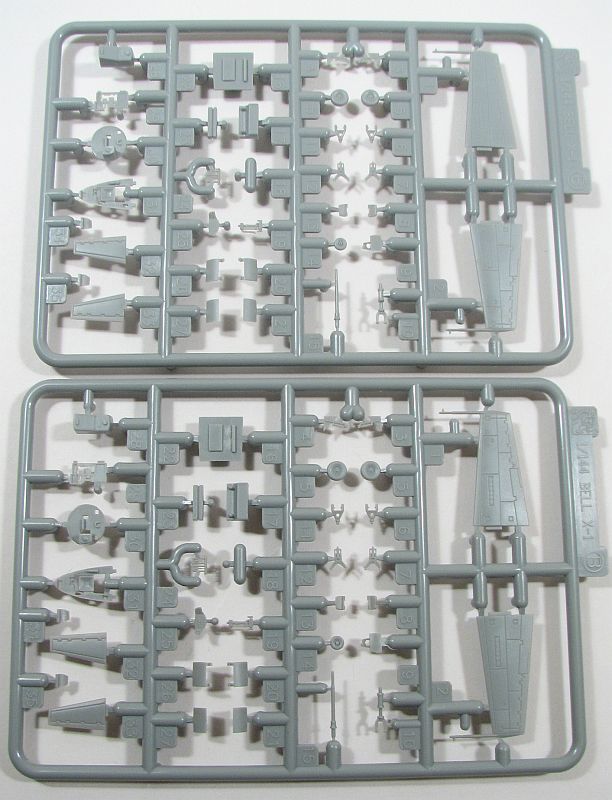 Now all the internals are in place, then you can glue the fuselage halves together. Since the assembly falls on a natural panel-line, and fit appears to be very good, you'll need to do no filling. At the same time you'll glue the wings and horizontal tail pieces in place. Once the airframe is all together than I would paint.

Once painting is finished, and you've decided on gear-up or gear-down (and if gear-up, you should add the gear doors prior to painting), then you can finish the model and have a 1/144 Bell X-1 sitting on your shelf. One unknown is if you need nose weight or not. I doubt it with all the internal pieces, but if so, then good luck finding room for weight. There isn't much room so if it's a tail-sitter, you may have to glue it to a base.

When you look at the level of detail on Dragon's 1/144 Bell X-1, it's actually pretty astounding. Not just all the excellent internal goodies, but also the external detail with the petit engraved panel lines. This is an excellent model and will look superb when built.

Huge thanks to Dragon USA for sending this to us to review.