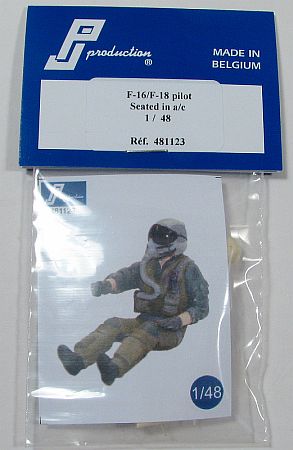 PJ Proudctions has released a modern, seated pilot, meant for either the F-16 or F-18. Since both services' flight suits are "green", I suppose it doesn't matter what the pilot looks like.

The resin, cast in a cream-color, contains the upper and lower torsos as separate pieces, along with three different arms. To be truthful, I can't tell what the extra arm is for, but an extra one is provided.

Aside from some flash to clean off, the parts are very well cast and will look great once painted and washed/dry-brushed.

Our thanks to PJ Productions for the review figure. 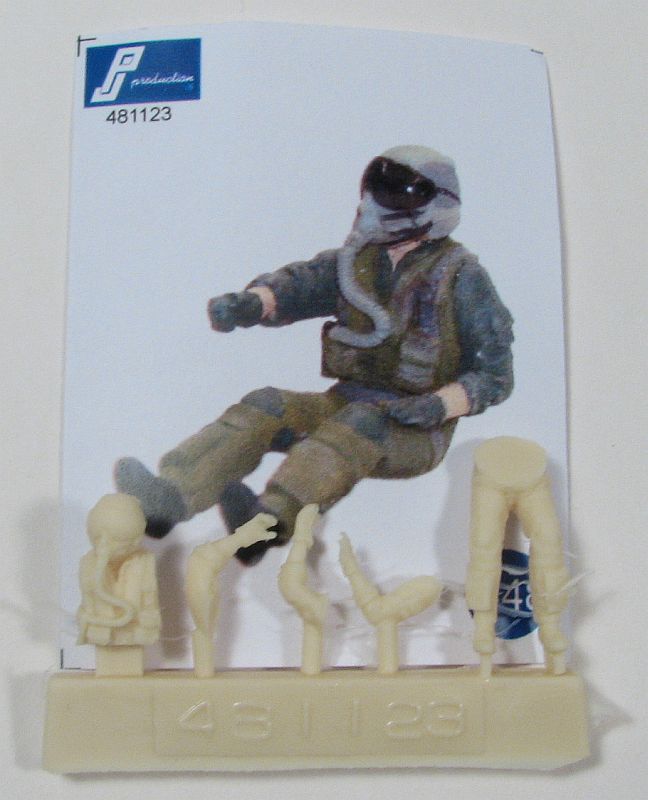