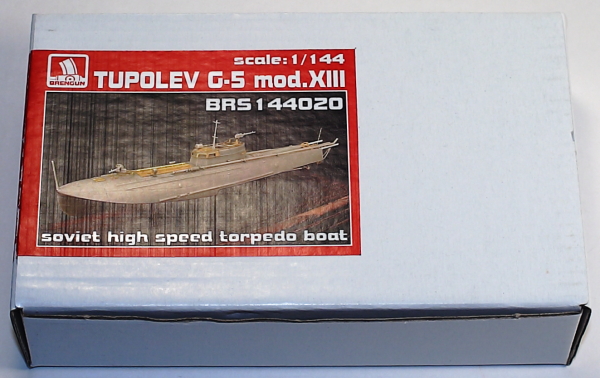 The Tupolev G-5 Torpedo Boat was built both before and during The Great Patriotic War (WW2). There were approximately 300 built and some were sent to North Korea after the war. The design used two Mikulin AM-34 aircraft engines, known as GAM-34s used in this role for the boat. 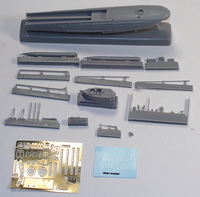 The Brengun 1/144 Tupolev G-5 XIII Torpedo Boat consists of 31 pieces of gray resin and a photoetch fret with 35 pieces. There are decals for two boats: Cap. Protsenko, Sulin, 1944; and 1st BTKA, Yalta, April 1944. The decals are just hull numbers and both boats are painted the same, Light Gray Green on top and Dark Gray on the bottom.

It will look great once it's finished but take your time to build it and you'll have a unique piece of naval history on your shelf. I'm hoping to place this in some sort of "action scene" whenever I get around to building it.

Many, many thanks to Brengun for allowing me the honor to review this boat.