The Nakajima Ki-27, known to the Allies as "Nate", was a low wing monoplane with a fixed undercarriage and was renowned for its exceptional maneuverability. It is also famous for its service in China and Manchuria and for being one of the first opponents of the AVG - the American Volunteer Group, aka the Flying Tigers.

Imperial Japanese Army markings can be broken down to show the flight, squadron and group that the aircraft belonged to based on the various symbols, stripes and bands an aircraft wore.

One thing I have noticed is that most illustrations and models of IJA Ki27s show them to be in a light grey, almost offwhite colour, while the various references describe a more pale grey-green - almost akin to a washed out RLM 02. Looking closely at the Hasegawa boxtop, it appears that this does show the correct A5 (light green-grey) or A9 (light grey) finishes. 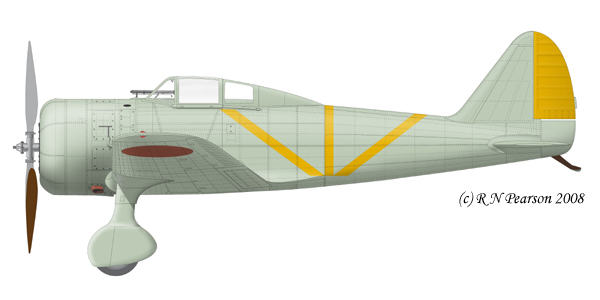 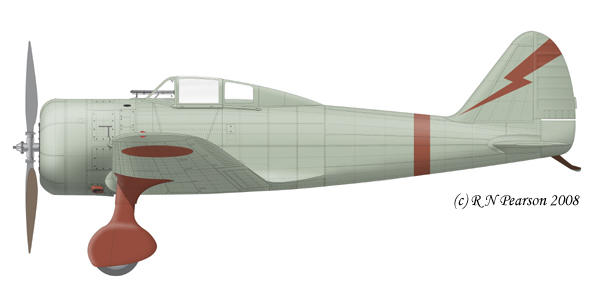 The 11th Sentai was known as the "Red-legged Hawks" due to their red painted undercarriage. 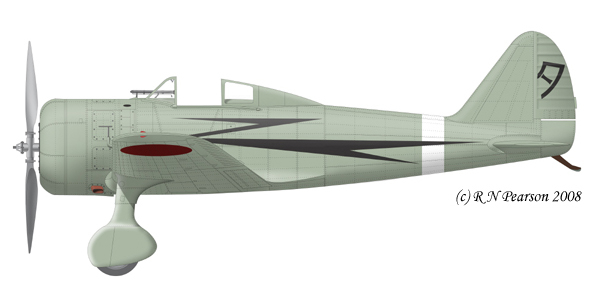 The 59th Sentai was one of the units that used a fuselage, rather than a tail marking. Of interest is the fact that the pilot of this aircraft flew with the canopy removed. In fact many Japanese pilots chose to do so as other profiles here will show. 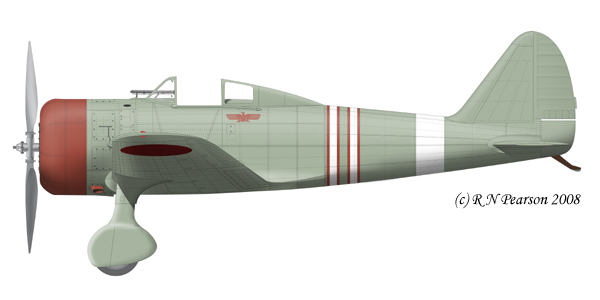 At this period the 64th carried a Hawk emblem below the cockpit of their aircraft. Individual aircraft had yellow numbers on their tail, but it was not discernable in the photo used. 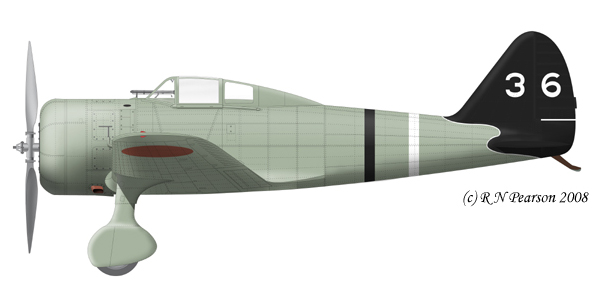 The 10th Independant Company used a black tail as their marking 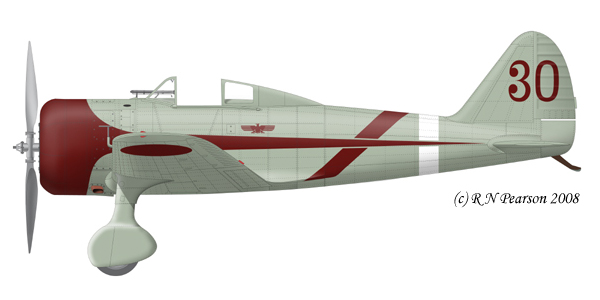 The 84th was initially formed from the third Chutai of the 64th Sentai and as such continued to use the 64th's hawk emblem. The Sentai marking was a red nose and horizontal stripe on the fuselage, with the various Shotai having different coloured diagonal band and tail number