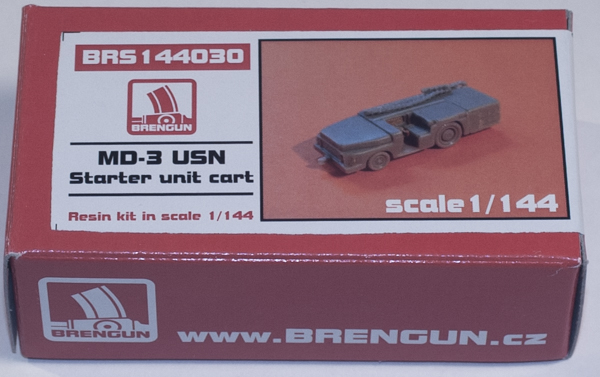 I've reviewed Brengun's 1/144 MD-3 in two other guises already; first as just the MD-3 by itself; second as the MD-3 with attached TAU-2H "Fire Unit". This time Brengun has released their MD-3 with the attached Starter unit cart, a common sight on US Navy aircraft carriers during the 1960s through the 1990s.

Like the other two releases from Brengun this one builds the same and has the same advantages/issues. The only issue being the decals only come with one set of "bumper stripes" when two sets are needed since there are two tractors with starter units in the box. Not a huge thing to overcome but still an annoyance. 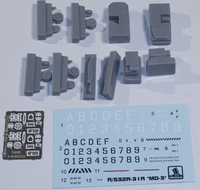 The only differences between this release and the previous two are the inclusion of the starter cart and what appears to be the starter "hose" that goes between the tractor's starter unit and the aircraft. This is "rolled up" so if you want to display your cart actually attached to your aircraft model you'll need to cut the ends of the kit supplied hose off and create your own hose to go between the unit and the airplane.

Once again, an excellent addition to either a diorama or just to sit on a shelf amongst your US Navy 1/144 aircraft models.

Many thanks to go Brengun for sending the review tractors.