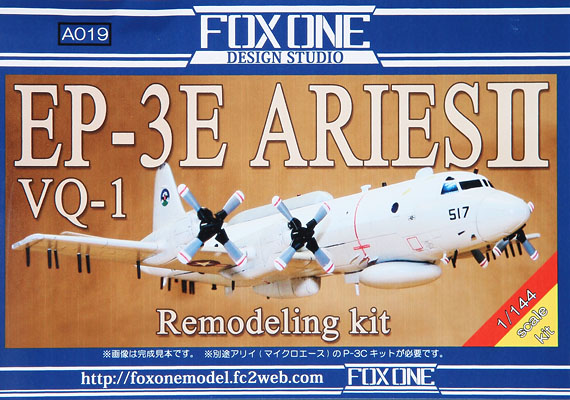 The Lockheed EP-3 was the replacement for ageing EC-121 aircraft, and the first examples were converted P-3A aircraft. These EP-3B aircraft were distinctive by the large circular radome under the fuselage in place of the bomb bay. Additional antennas were housed in dorsal and ventral canoe housings. These early EP-3s were used in Vietnam, and soon thereafter another ten P-3A aircraft were converted to EP-3E ARIES I (Airborne Reconnaissance Integrated Electronics System). These early P-3 variants served well, but by the late 1980s it was recognized that newer airframes were needed.

Keeping the EP-3E designation, a dozen low-time P-3C were converted to EP-3E ARIES II configuration in the early 1990s. Conversion was less expensive than outright procurement, which allowed the Navy to both save money and time, as the aircraft just needed antenna fitting rather than being built from the ground up. The ARIES system was upgraded, adding features such as GPS and SATCOM. The most known EP-3E ARIES II was BuNo 156511, which collided with a Chinese Shenyang F-8IIM in April 2001. Severely damaged, the aircraft was forced to land in China and was subsequently disassembled and flown out in the belly of an Antonov An-124. It was later rebuilt and is back in service today. 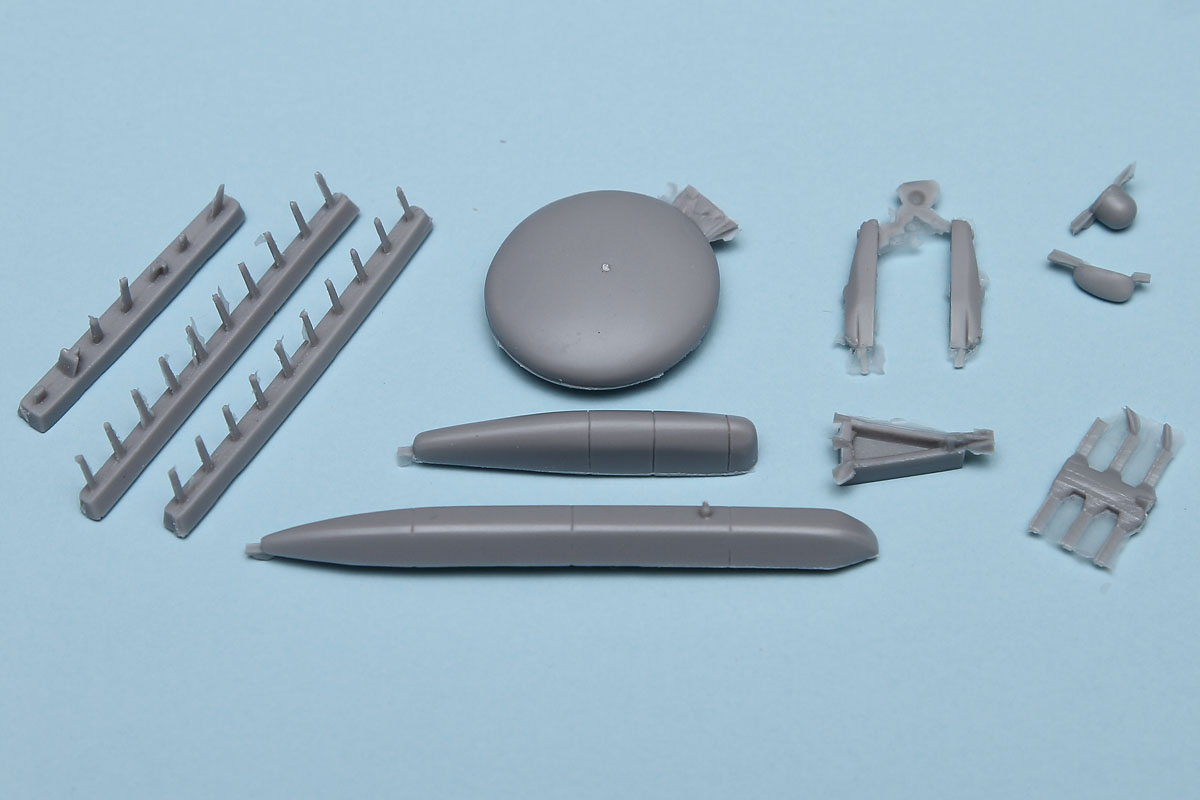 Like the JMSDF EP-3 conversion reviewed earlier, this one is designed to fit the Arii 1/144 P-3C Orion kit. Like that other conversion, the fit of these resin parts is absolutely perfect, making it a simple conversion to do. The parts are molded in gray resin and feature accurate shapes and petite detailing. This set is much more complex than the JMSDF EP-3 conversion, as while there are fewer antenna bumps, there are far more small aerials to put on.

The main conversion parts are the big antenna canoes and round radome. Once the pour points are trimmed off on these parts, the fit will be perfect, and attention can then turn to all the other smaller bits. The instructions are very clear on where these go, with exact measurements given. Like the JMSDF EP-3 conversion, I would highly recommend tracing the fuselage on a piece of paper, and then marking the locations on that to get an exact fit. For the small aerials, I would also try to work out some kind of peg from brass, although given their small size this might not be possible. 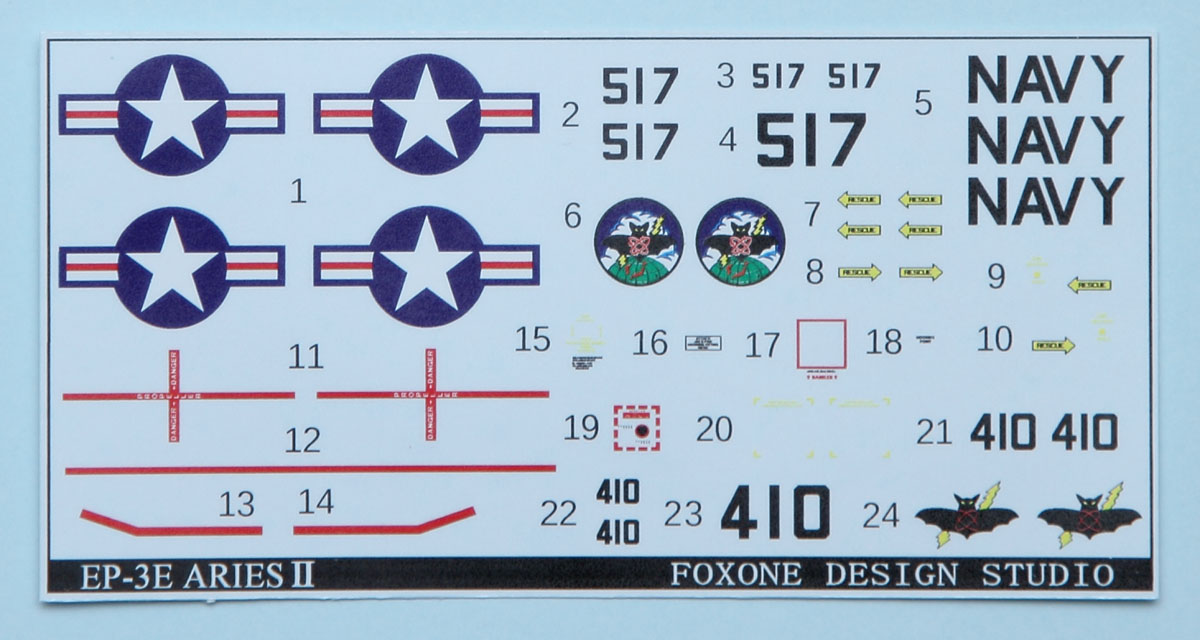 In addition to the conversion parts, this set also includes a decal sheet that provides markings for two options. The EP-3E is an aircraft with minimal markings, and the options reflect this. Aside from the national markings, the only other individual markings are a small unit emblem on the vertical fin. The decal sheet also provides some of the stenciling found on the aircraft, while the decal sheet from the Arii kit needs to be used for the various wing walkways and other markings. The scheme depicted is a white on gray scheme.

While the Arii 1/144 P-3 kit provides quite a few interesting options out of the box, this conversion will create a very distinctive P-3 variant with minimal effort. The high quality of the set makes it a great first conversion. My thanks to FOX ONE for the review sample.