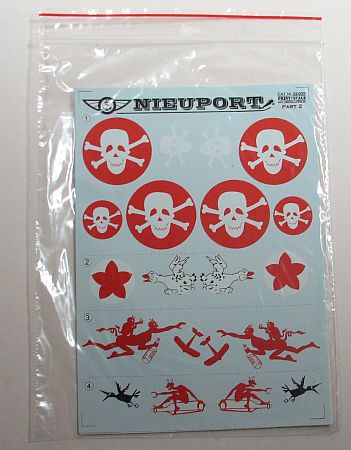 It's nice when aftermarket producers release items for older models. In this instance, Print Scale has released Russian Civil War (RCW) markings for the venerable Hobbycraft 1/32 Nieuport 17 and its derivatives (although I'm uncertain if anyone makes conversion pieces to make a Nie.24bis for the Hobbycraft kit). Decals are for the following four RCW aircraft: 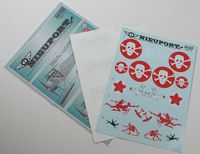 The decals, while matt, appear in register with decent colors. Not only are there decals with this release, but you also receive masks to create the "standard" red-star national markings (over white discs) on both wings – top and bottom of both – along with the rudder. All Nieuports are finished in aluminum dope.

If you're looking for different markings for your Hobbycraft Nie.17, then pick up this set. Especially if you can source a Nie.24bis conversion.

Thank you to Print Scale for sending the review sample.