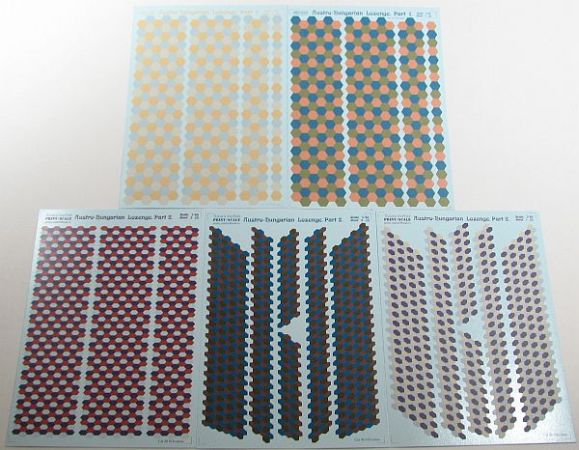 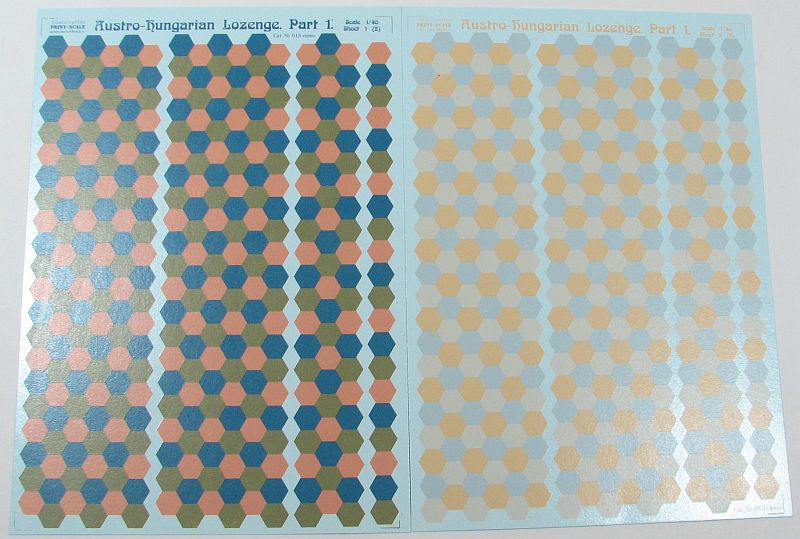 Two of Print Scale's latest decal releases are these sets of 1/48 Austro-Hungarian camouflage, 013-camo and 015-camo. 013-camo seems a bit garish to me, though. I'm not quite sure about the colors as they appear to be pretty unusual. However, they could probably be toned down with an overspray of thinned brown. That could bring them to a more "respectable" level.

The second set - 015-camo - definitely seem a bit better on the color-end. Because of the way these were applied, you'll need to cut them in sections to apply them to your model. Definitely use photos and color profiles to help with that endeavour. If you can get around the unusual colors in set 013-camo, and you need some "lozenge" decals for your Austro-Hungarian build, then pick up these decals.

My thanks to Print Scale for the review samples.