Print Scale continues their release of 1/48 decals with this set of MiG-17s for the following aircraft: 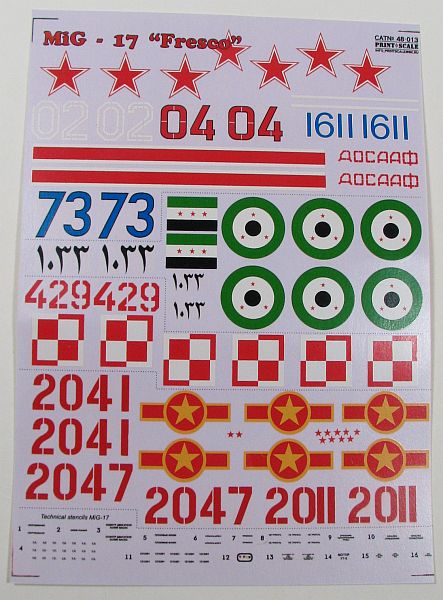 Decals are in register and nicely printed. While each aircraft only has a side view associated with it, there are multiple views to help with the placement of the stencils.

I truly wish all decal manufacturers would provide four-views (both sides plus top and bottom) for all their instructions. Granted I understand that would add slightly to the cost, since it's more paper, but at least there would be no guess work for the other aspects of the aircraft not covered in the instructions.

If you're looking for alternate markings for your 1/48 MiG-17 kit then definitely track down this decal set.

My thanks to Print Scale for providing these decals to review. 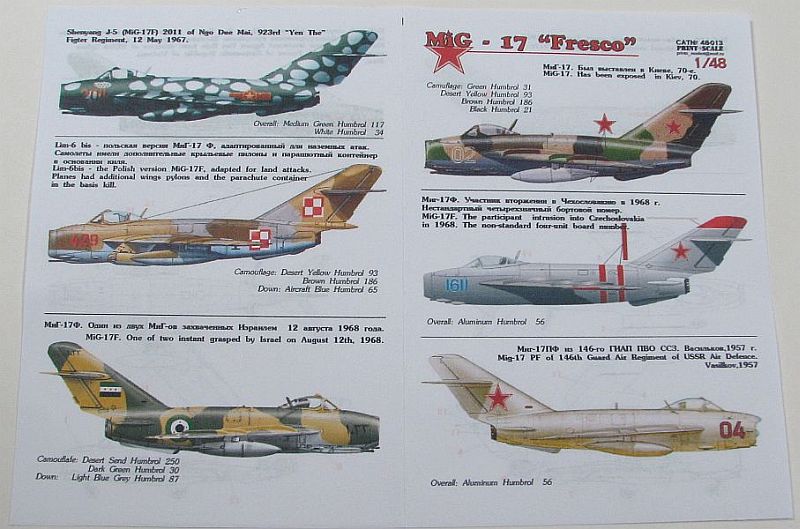 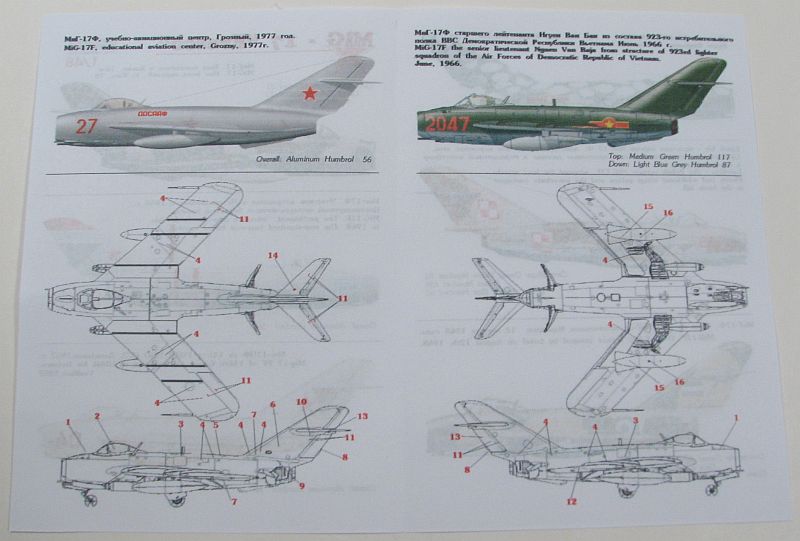