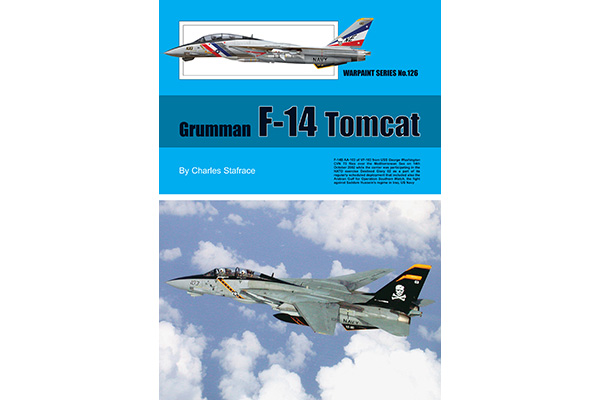 The Grumman F-14 Tomcat is often considered to be the ultimate US Navy fighter jet, with the knockout combination of superb performance, powerful radar, and long-range missiles. A long pedigree of Navy fighters helped Grumman perfect the Tomcat, and at the pinnacle of the Cold War, the F-14 was the perfect aircraft to defend the fleet. After the Cold War ended, though, the singular mission of the F-14 made it less effective as naval interactions transitioned into a role that saw the need for aircraft capable of both air-to-air and air-to-ground combat. The F-14 tried to add the air-to-ground role to its mission, but the writing was on the wall and the type was retired from the US Navy in 2006 (although it is still in service in Iran).

This book provides a thorough overview of the history of the F-14 Tomcat, from its challenging beginnings to its ultimate retirement from the Navy and continued service with Iran. The coverage includes a discussion of the aborted F-111B and the difficulties faced with engine, radar, and missile systems before the F-14 became a viable combat system. The operational history is also touched upon the wide range of conflicts throughout the 1980s and 90s that the Tomcat took part in, some of which are well known while others might leave the reader surprised.

Understandably, the information on the Iranian F-14s is sparse, as digging out detailed information on their operation is challenging at best. Still, the author does a good job of trying to provide as much information as possible, including talking about the Iranian F-14 Tomcat operations during the Iran-Iraq war in the 1980s. There is also some additional discussion about the current state of these Tomcats and what it means for the future of Iranian air power.

In addition to the text, the book includes a good number of photos showing the F-14 in all its colorful (and drab) glory. The Tomcat came into service at the end of the most colorful US Navy era, which also happened to coincide with the US Bicentennial, so there are some colorful schemes found on the early F-14s. Some of this carried over into the drab gray years, with many squadrons opting to keep some of that color (VF-84/VF-103 was one of those, keeping the tradition of the skull & crossbones on a black tail alive). Also complementing the photos are a good selection of color profile illustrations that show some of the interesting color schemes and markings worn by the F-14.

For those looking for a single all-around reference on the F-14 Tomcat, this is a good book to pick up. It covers development, operational history, and colors & markings of the Tomcat, and while there may be other books out there that cover one of those topics in more detail, few cover all as well as this one. My thanks to Guideline Publications for the review copy.