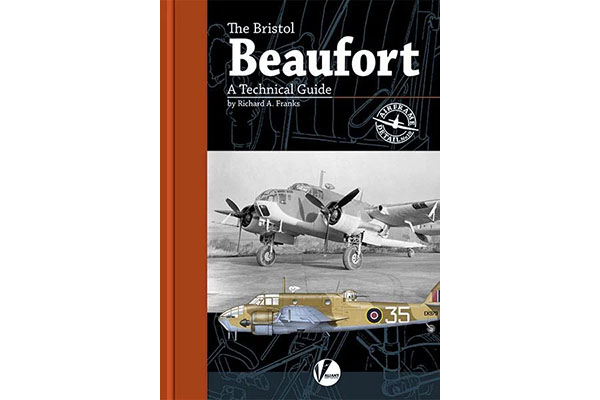 The Bristol Beaufort: A Technical Guide

The latest title from Valiant Wings has dropped, and it covers an aircraft that has not gotten nearly enough attention: the Bristol Beaufort. With recent releases from Airfix in 1/72 and ICM in 1/48, this book is both timely and welcome. In the Airframe Details series, this book is designed for the modeler looking for a one-stop reference that has history, technical details, camouflage and markings, and modeling notes on the Beaufort.

The first section covers the technical and historical description, and this begins with the origin story of the Beaufort. It doesn’t take a rocket scientist to recognize the resemblance of the Beaufort to the Blenheim, and this section describes how that connection was made. By drawing on the experience gained with the Blenheim, Bristol was able to develop an airframe to fit both the land-based torpedo bomber and the twin-engined reconnaissance aircraft requirement in a single design. This resulted in a new requirement issued and while Avro, Boulton Paul, and Blackburn all submitted designs, Bristol won the contract and the Beaufort took to the air in 1938.

With war rapidly approaching around the world, the Beaufort went into production, both in England and in Australia. By the time fighting broke out, the Beaufort was in service with several units and the type quickly saw combat. The Beaufort found its way into the skies over the Atlantic, the Mediterranean, and Pacific, and in the air forces of Canada, Australia, New Zealand, South Africa, and Turkey in addition to the RAF, and in all nations and theaters it performed well in its role. This operational history is highlighted in the text, and does a good job of showing the versatility of the Beaufort throughout the war.

The next section covers the technical details of the Beaufort, and here you’ll find all the bits and pieces that a modeler could possibly want to detail their model with. Each subsystem is documented, and these are illustrated in both technical drawings and photographs. The latter are particularly useful as they include museum and restored examples of the Beaufort, providing some color reference in contrast to the period black and white photos.

With the interior details covered, next up is the exterior, and this is detailed with a fairly comprehensive collection of color profile illustrations. The Beaufort wore quite a varied selection of camouflage schemes, including desert schemes and overall green in addition to the expected RAF day schemes and north Atlantic schemes. In addition to the RAF options, this section also includes illustrations of South African, Canadian, Turkish, and Australian Beauforts, so there are plenty of interesting examples for any modeler to want to build.

Speaking of models, the final part of the book is on models, with two full build articles and a list of available kits and aftermarket accessories. The build articles include one on the 1/72 Airfix kit and one on the 1/48 ICM kit. Both of these models are recent releases and build up into great examples out of the box, so these detailed build articles will be of great use. The list of accessories is also of value, as it does an excellent job of showing just what is out there, and what you might need for your specific build.