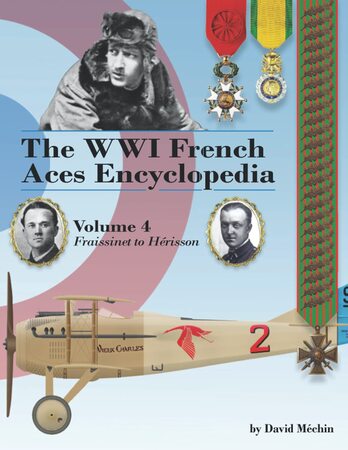 Now I'm halfway in my reviews of The WWI French Aces Encyclopedia, this one being Volume 4, Fraissinet to Hérisson. Fraissinet was very well off and ironically friends - and flat mates - with Hérisson, whom was also well off and both survived the war.

Because this is an 'F' through 'H' book, one of the highest scoring French Aces, Guynemer, is in this Volume and commands a large portion of the book. This is to be expected given his remarkable life and career.