The historical information text in the instructions calls the French submarine Surcouf an "underwater cruiser."  It wasn't just the two turret-mounted eight inch guns that qualified her for such a commerce-raiding designation.  She also carried a floatplane in a hanger for scouting/spotting work, a 10 meter motor boat to be used for searching merchant ships for contraband and a compartment to house 40 prisoners.

The Surcouf was launched in 1929, commissioned in 1934 and participated in convoy escorts at the beginning of the war.  When the Germans invaded France in June 1940, she escaped to Plymouth, England and was transferred into the Free French Naval Forces (FNFL) in September.

According to the instructions, "The underwater cruiser participated in 15 raids, 15 escorts and 5 convoy patrols, and covered 35,000 miles for the FNFL."  In July 1941, the Surcouf underwent a refit at the Portsmouth shipyard in the United States.  She was ordered to proceed to the Pacific in February 1942.  However, on the way, she met a controversial end and sunk with all hands in the Caribbean Sea.

One tale has her sinking after a collision with a U.S. merchant ship.  Another has her sunk by U.S. aircraft, whose crews obviously were unfamiliar with the unusual looking vessel.

For many years I have been fascinated by the Surcouf and passed up several opportunities to buy the kit.  The original kit representing the 1934-36 version was out of production for many years (decades?), but was recently released with additional resin and photo-etched pieces to also build the 1937-42 version.  At about the time of the re-release, I had picked up a Douglass Reeman novel called "Strike from the Sea," which detailed the exploits of a fictitious Surcouf look-a-like in the South China Sea during the first few months of the Pacific War.  Before I finished the novel, I had the Heller kit in hand and ready to build. 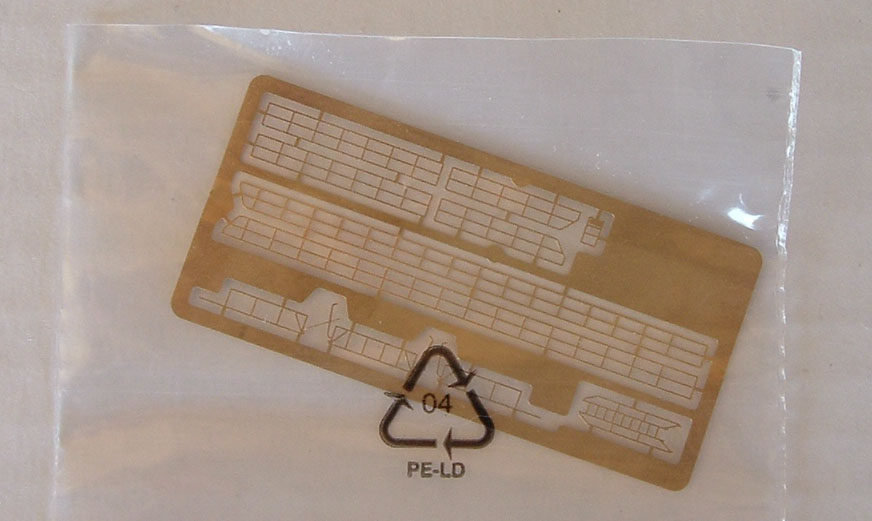 The kit includes 46 crisply cast dark green plastic parts, 11 photo-etched parts and one resin piece for the 1937-1942 version's conning tower.  The hull is cast in three pieces.  The aircraft has its own sprue and is made up of six pieces.  A stand and nameplate are included.  The photo-etched parts are finely cast and represent the railings and a ladder.  The decals are provided for the French and Free French navies as well the aircraft. 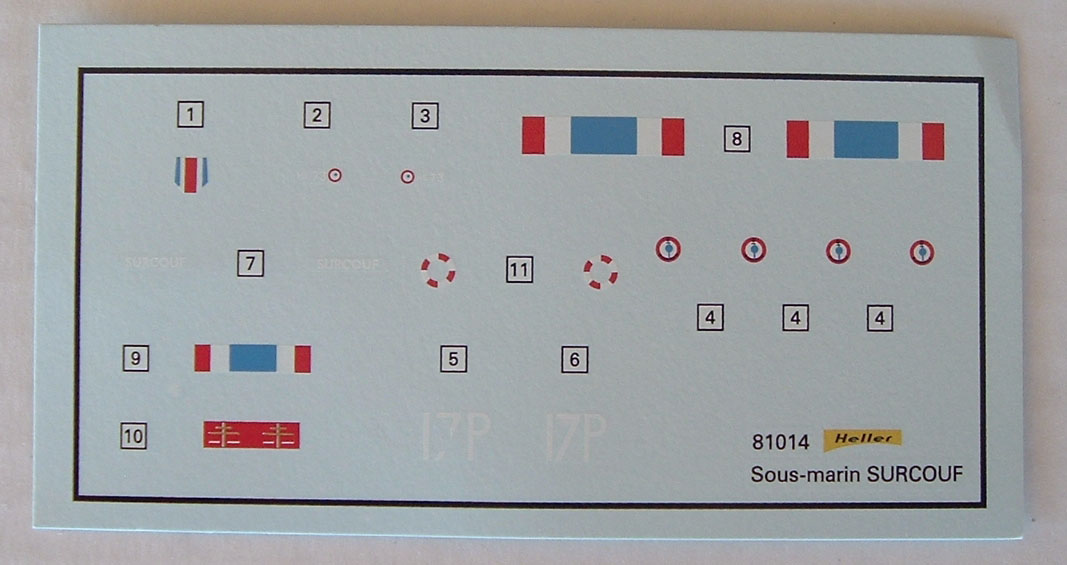 The 12-page instructions have five pages dedicated to some well illustrated expanded view assembly drawings, two pages for decaling and painting the two versions, two pages of background in various languages, a front and back cover.  I'm not too confident about the painting instructions and intend to do more research before I get to that point in the build, which looks like it shouldn't take much time at all.

I like what I see in the box and on the sprues.  It was well worth the $8.99 I paid for it at Squadron, especially considering that the full 1/350 scale resin version sells for about $80.