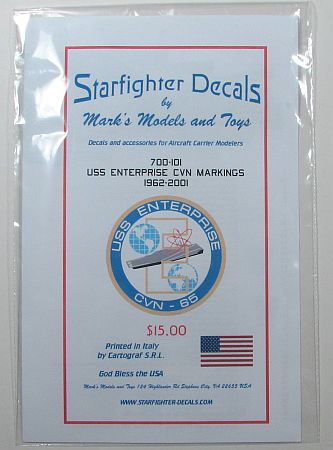 Starfighter Decals is definitely a multi-faceted company. You would think that with the name "Starfighter" they would release nothing but science fiction decals. Sure, they have those, but they also have so much more. Most of the time we review aircraft decals from Starfighter, but every once in a while they like to send us decals not aircraft-related. This time it's 1/700 markings for the USS Enterprise. 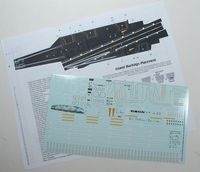 If you're looking for better decals for a 1/700 Big-E (and there is no kit preference mentioned) you'll definitely want to track down this set.

Our thanks to Starfighter Decals for sending this set of review decals.