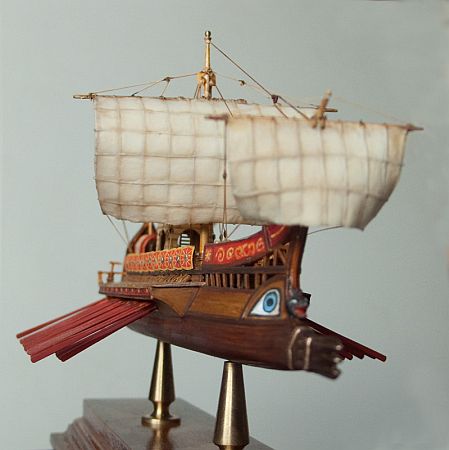 It was on our November meeting of IPMS Austria when I bought this already started small kit. Seems to be for trash some friends mentioned. But I already fell in love wit this little item. The Heller Cadet series of the 1960 provided some one-to-box scale kits of several sailing ships. Amongst them this Roman Bireme. The scale of this piece seems to be arround 1/265.

The biggest challenge was removing the already applied thick colour coat without damaging the crisp surface details. This took me several hours brushing with more or less poison liquids.

At least I only used the hull halves of the kit and the provided sails as moulds for my scratch experiments.

Finally I had a lot of fun with this little gem and it took me only 10 months to finish. Pretty fast, as I usually need years for finalizing a model. 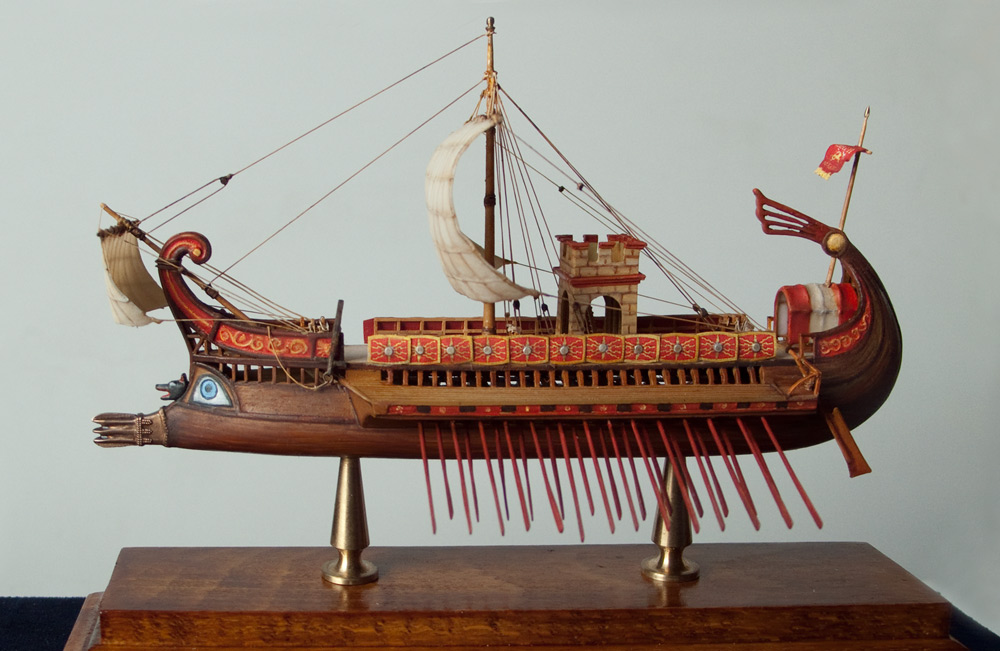 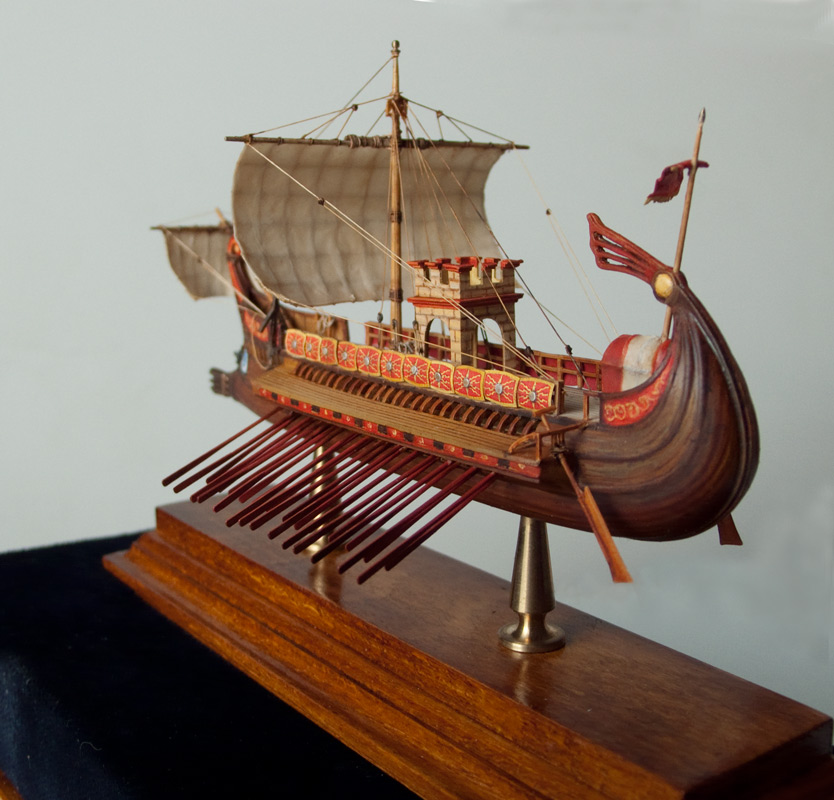 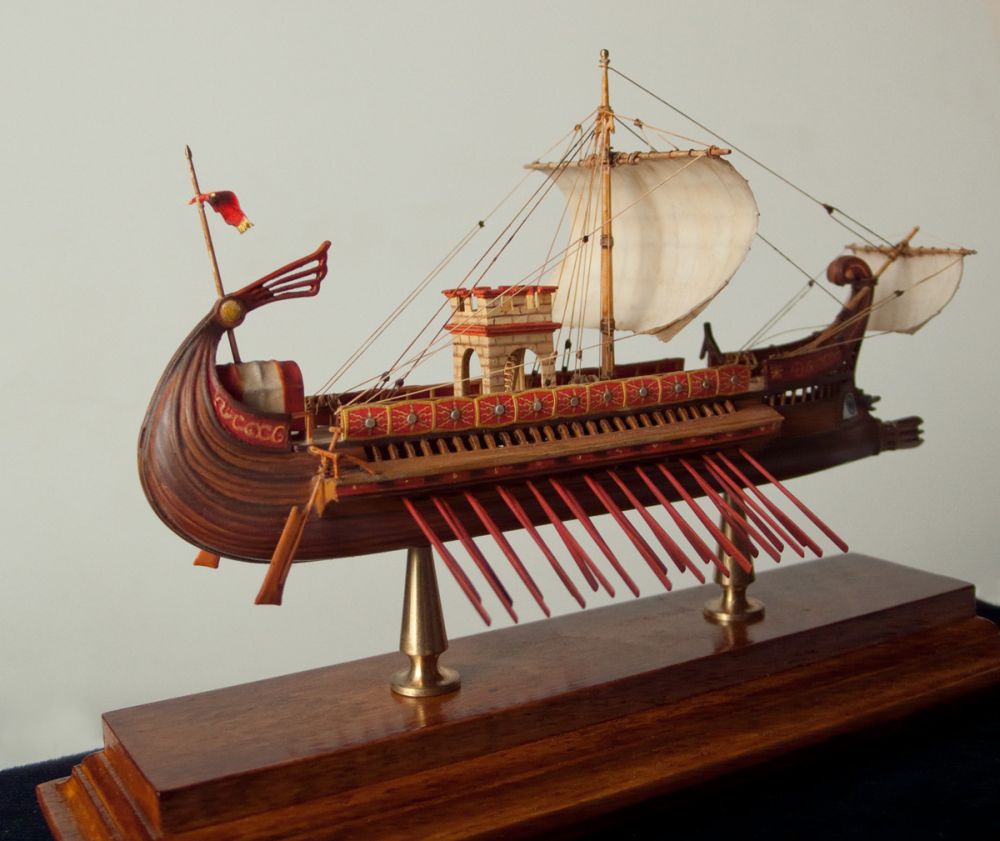 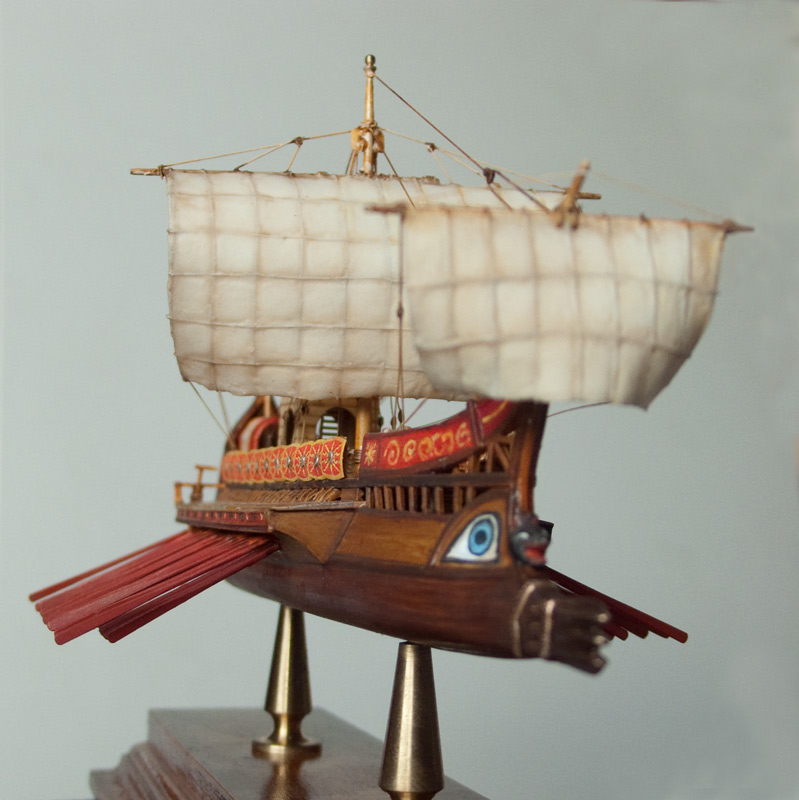 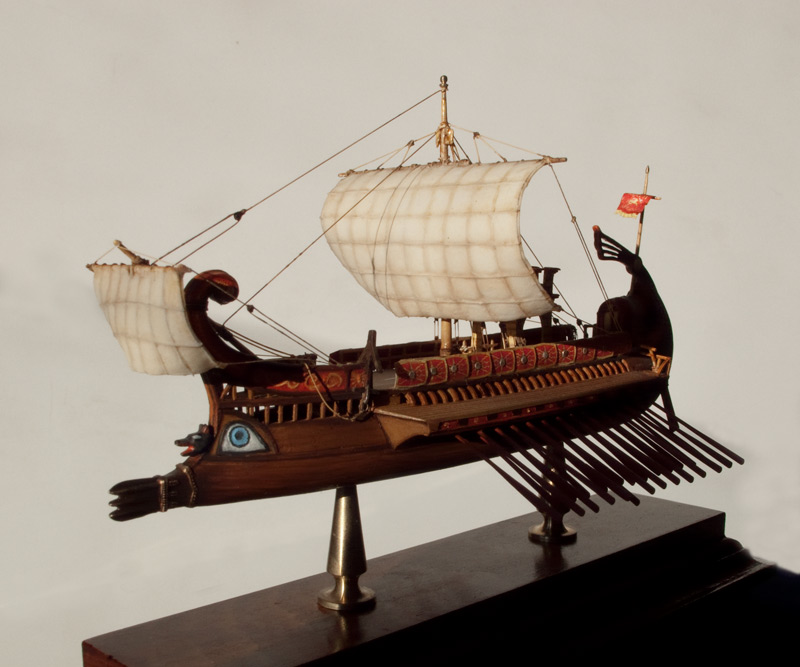 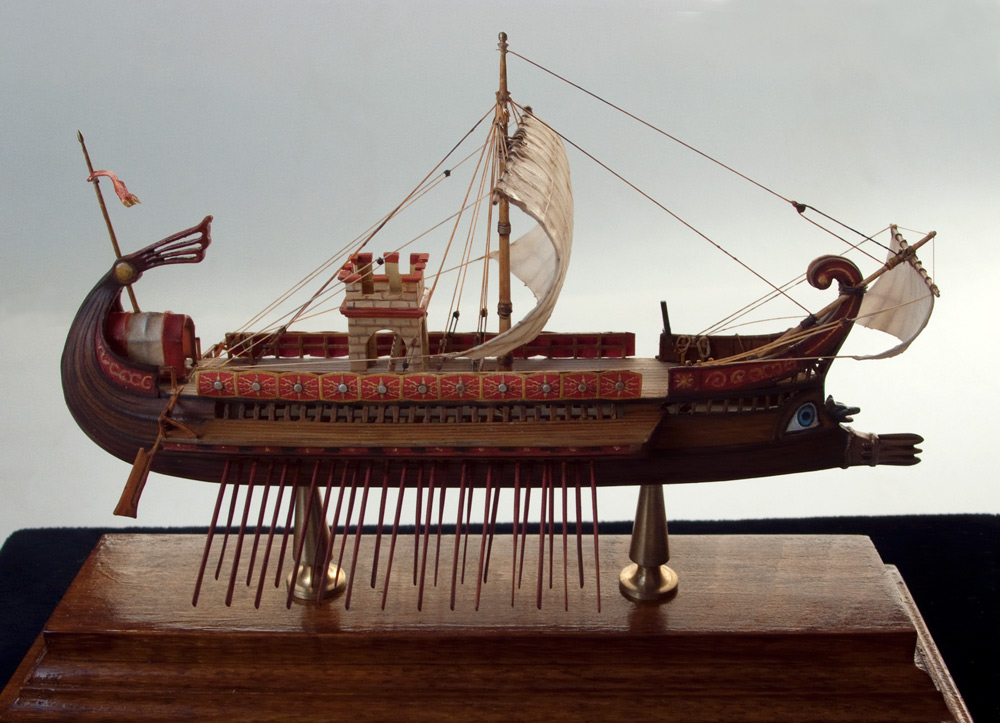