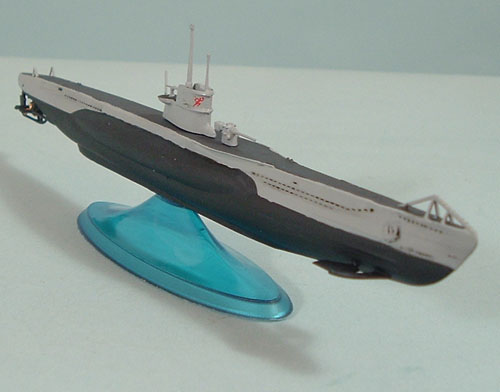 The Flagman 1/350 Type VII C U-boat kit was a relatively simple build. There were only 55 parts to deal with and although I used every single one for a more thorough review, assembly went rather quickly, if not problem-free.

The first step, assembling the hull and deck, provided some difficulty. I made sure to open the slot in the bottom of the hull for the stand -- a procedure that is hinted at by one of those international 'cut' symbols in the instructions. The real issue came in getting the hull bottom even and the deck to fit flush. I failed on the first issue, but used sandpaper and a little elbow grease to erase the raised seam. The second issue required a lot of fiddling around while the plastic cement dried. I'm glad I didn't use CA glue because it would have set up before I got everything aligned. 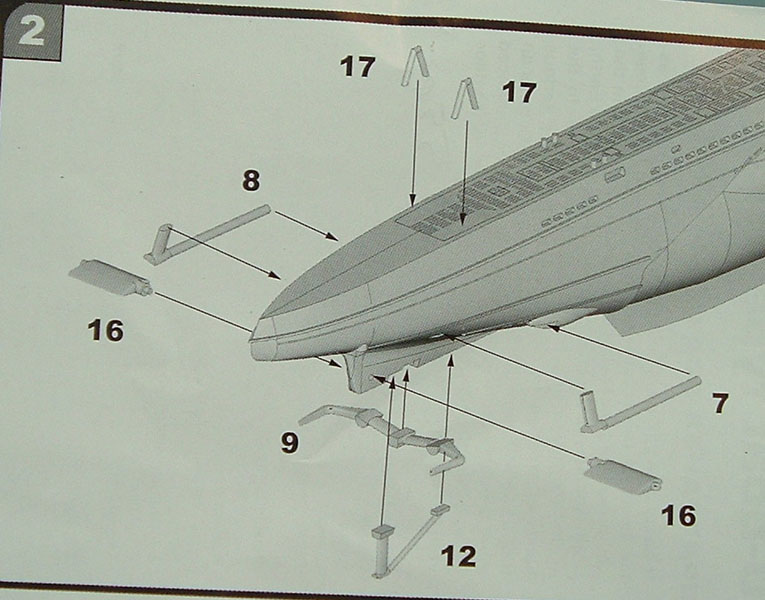 Step 2, assembling the after steering and propulsion systems also required some fiddling while the glue dried. The first thing I should have done is glue in the torpedo tube door. The instructions call for its assembly in Step 3, but it would have been easier to put it in before all the rest of the complicated aft steering and propulsion systems are begun. In hindsight, I should have glued the aft diving plane support (Part 9)to the hull first. This part needs to be placed as far forward in the notch in the hull as you can put it as four other parts will need to be trimmed to fit properly. OncePart 9is dried, you should then add the two propeller shafts. They are cast a little long and will need some minor trimming to fit. You might also want to consider drilling a hole in the hull to allow for a more precise adjustment. The aft diving planes are the other two parts that attach to Part 9. They needed some trimming to fit between the support and the keel. The anti-fouling bracket is the last to be attached, while two parts 17 need to be left off until after painting.

I had no problems attaching the rudder bar and rudders or with the forward diving planes and anchor. I left off the anti-submarine net cutter and braces until after painting. That's pretty much it for the hull. Now it's time to pick which type of U-boat you want to model. 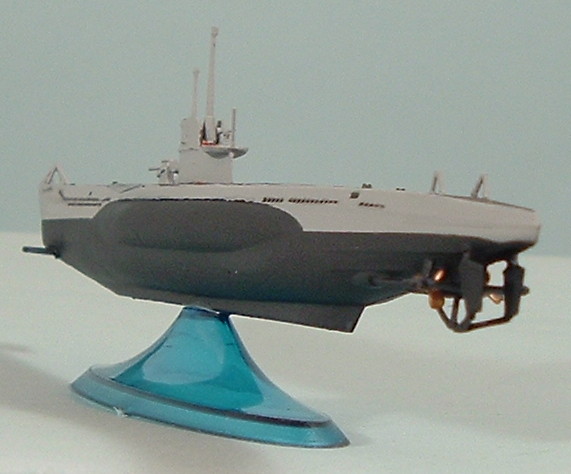 Using the Snyder and Short Kriegsmarine Paint Chip Set 1, I selected Payne's Gray to represent the hull color -- Schiffsbodenfarbe III Grau; ModelMaster Dark Gull Gray for Hellgrau 50 and ModelMaster Engine Gray for Dunkelgrau 52. All these are close matches. Anyone wanting a true match should order the appropriate White Ensign Models paints that are mixed to match the Kriegsmarine paint chips. The instructions call for a fourth color -- Dunkelgraugrun -- for the deck of the conning tower and wintergarten. It is not covered in the Snyder and Short Paint Chip Sets. I used Humbrol Black Green, but others may choose to use the same color used on the main deck. I picked out the free-flooding holes with ModelMaster Aircraft Interior Black. The only other color used was Testors Gold to represent the bronze propellers, which I painted on the sprue. 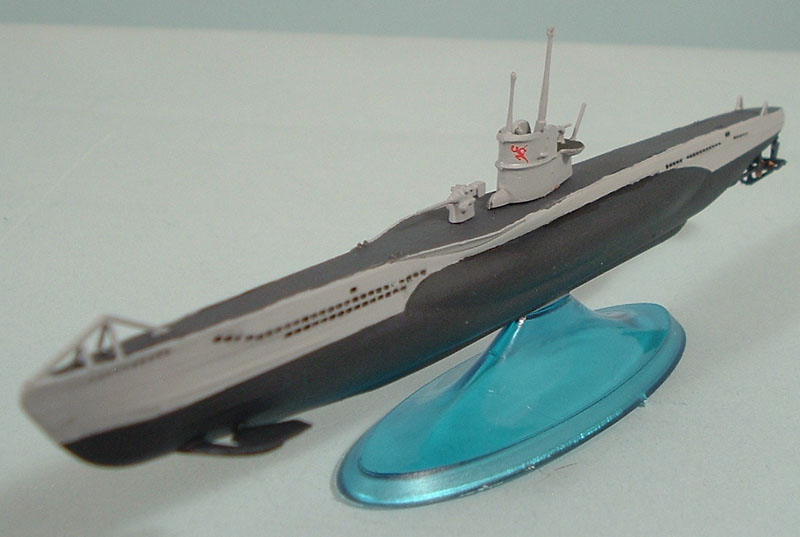 Each conning tower received a light gloss coatfor the decals. The sheet has 39 different decals, including twoKriegsmarine ensigns. I made my choices and applied them to the appropriate tower. When everything was dry, I sprayed an overcoat of Gunze-Sangyo Clear Flat.

The propellers, deck fittings and deck gun that I left off in the earlier assembly were now attached to the model. I did not glue my early conning tower so that I could pose the hull with all three towers for the review photos. The B and C optional conning towers do not have the kit periscopes as there is only one set provided in the kit. Instead, I turned some brass rods to replicate the periscopes. Also note that the B and C options would use a blotch camouflage. The stand was attached using Aleene's Tacky Glue. I did not rig the model because I expect that sometime in the future, someone will provide photo-etched detail sets for this kit. Once I've applied the PE, I will rig the model. 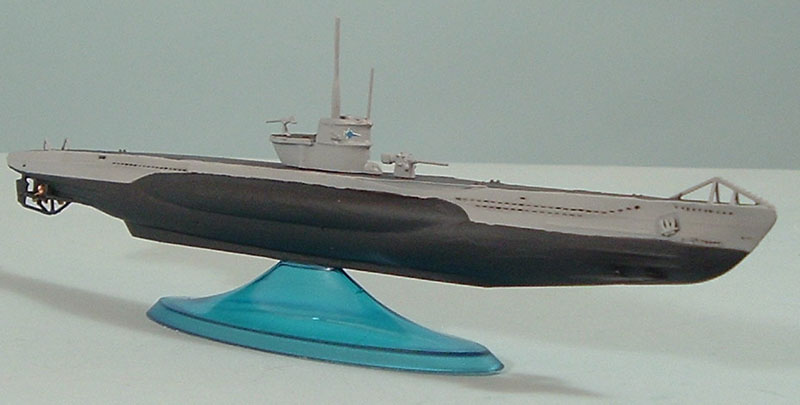 This was a relatively simple build, which would have been simpler if I had only had to deal with one conning tower. I enthusiastically recommend it to anyone considering adding one to their collection. Considering this kit with three conning tower versions and the fact that Flagman has also issued two other Type VII C versions, a Type B version and a Type A version, one could envision a veritable flotilla of early U-boat types in just about every conceivable configuration. These kits desperately need a photo-etched detail set. I hope someone out there is listening and willing to provide one.