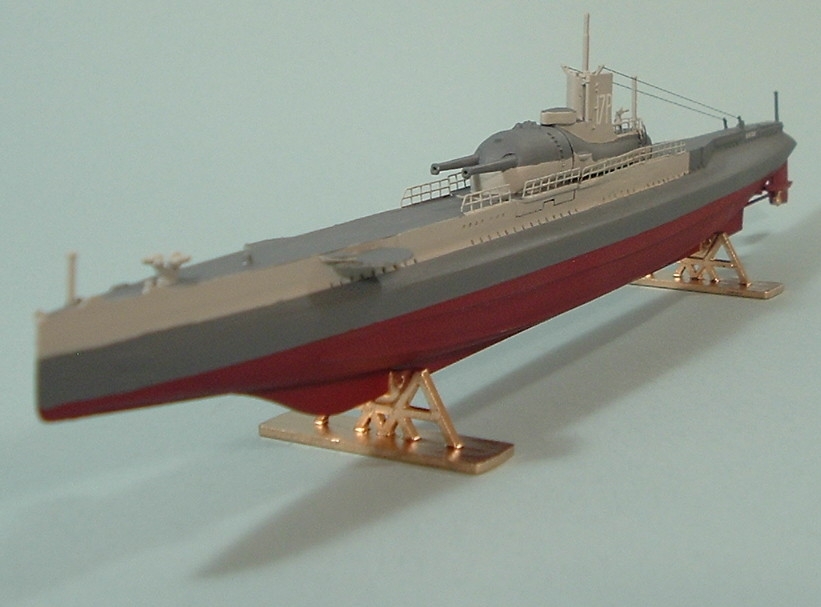 After a summer spent painting some war-game figures as well as building a 1/700 resin battleship and a 1/72 fully rigged biplane, I was ready to close out the season with a quick and easy build – dispensing with the usual purchase of aftermarket products and reference material.  I didn't even want to buy a jar of paint.  Therefore, when I looked over the recently purchased 1/400 Heller Surcourf, I knew I had a project that met the criteria.

As noted, in my First Look, the kit only has 57 pieces, including photoetch parts.  The instructions were well laid out and it appeared the hardest decision I would have was in choosing which of the two versions to build. 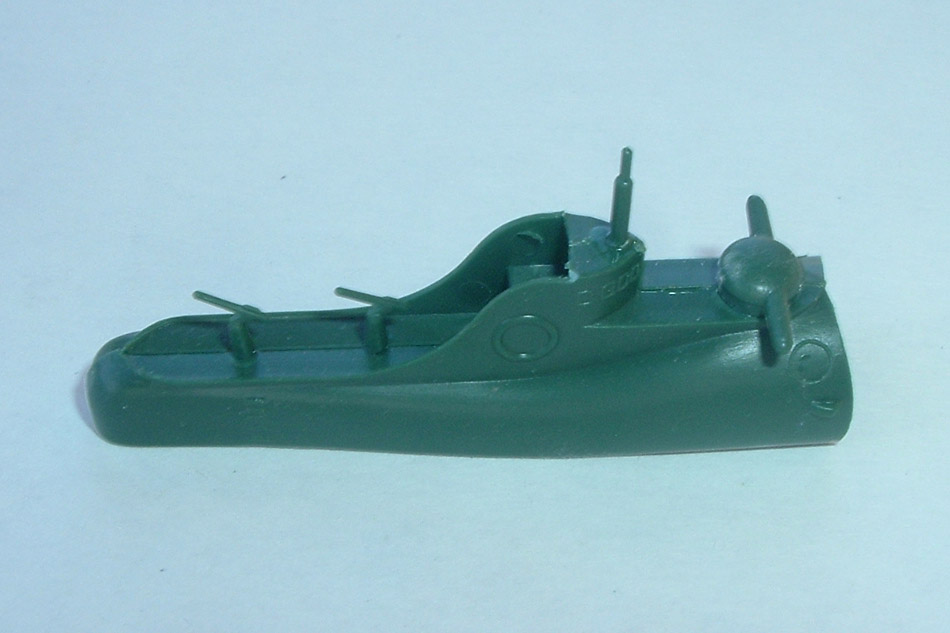 The instructions call for constructing the superstructure or sail first.  Ultimately, I intended to use the later version, so that was where the kit's small detail parts and PE were used.  The only non-kit addition was to replace the kit's anti-aircraft guns with PE equivalents.  Some scrap parts were used to finish out the original kit version so readers can see what it looks like.  This step also includes the gun turret.  The gun barrels were drilled out and the PE railings and ladders were added to the turret. 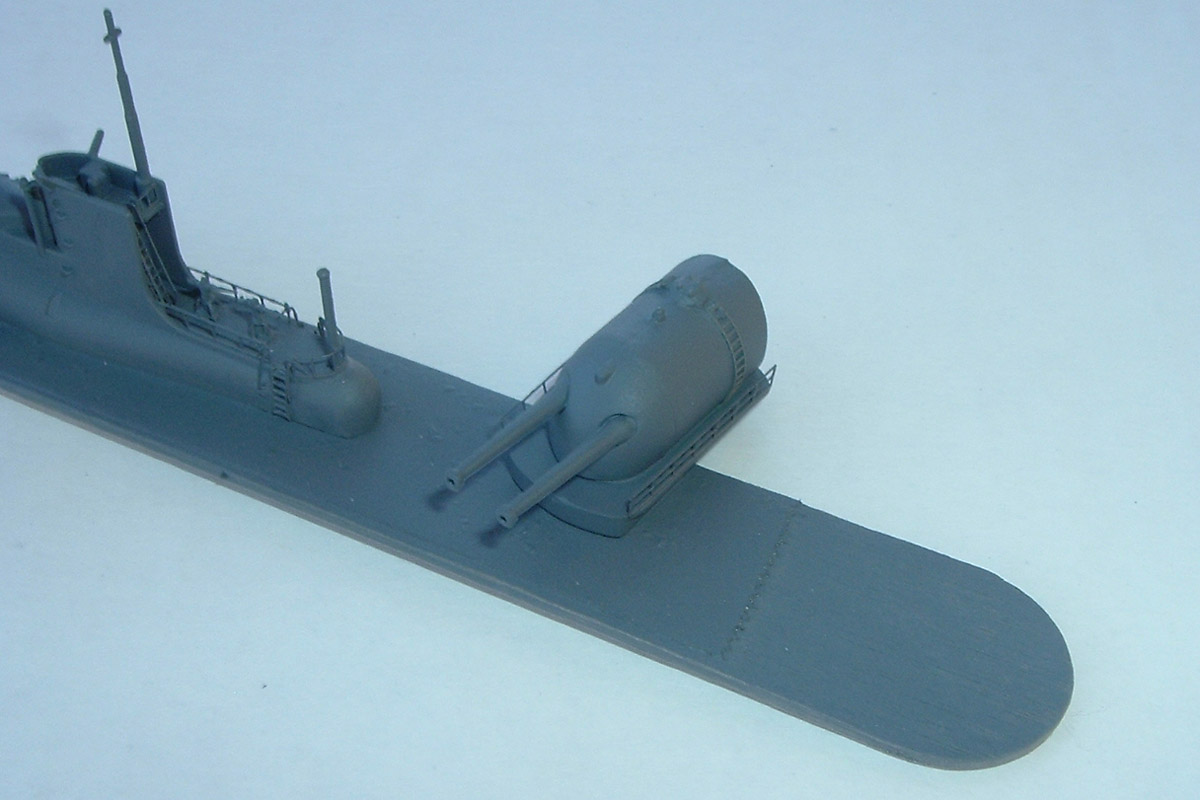 The hull is in three pieces and needs a little putty filler here and there on the seams. I "sanded" the putty with a cotton bud soaked in fingernail polish remover to avoid removing the raised plank detail. The limber holes were also drilled out in this step and the railings added. One of the wireless antenna arms on the aft portion of the hull broke off during assembly. The other one was removed and some thinner ones were made out of Evergreen strip styrene.  I think it ended up looking better this way. 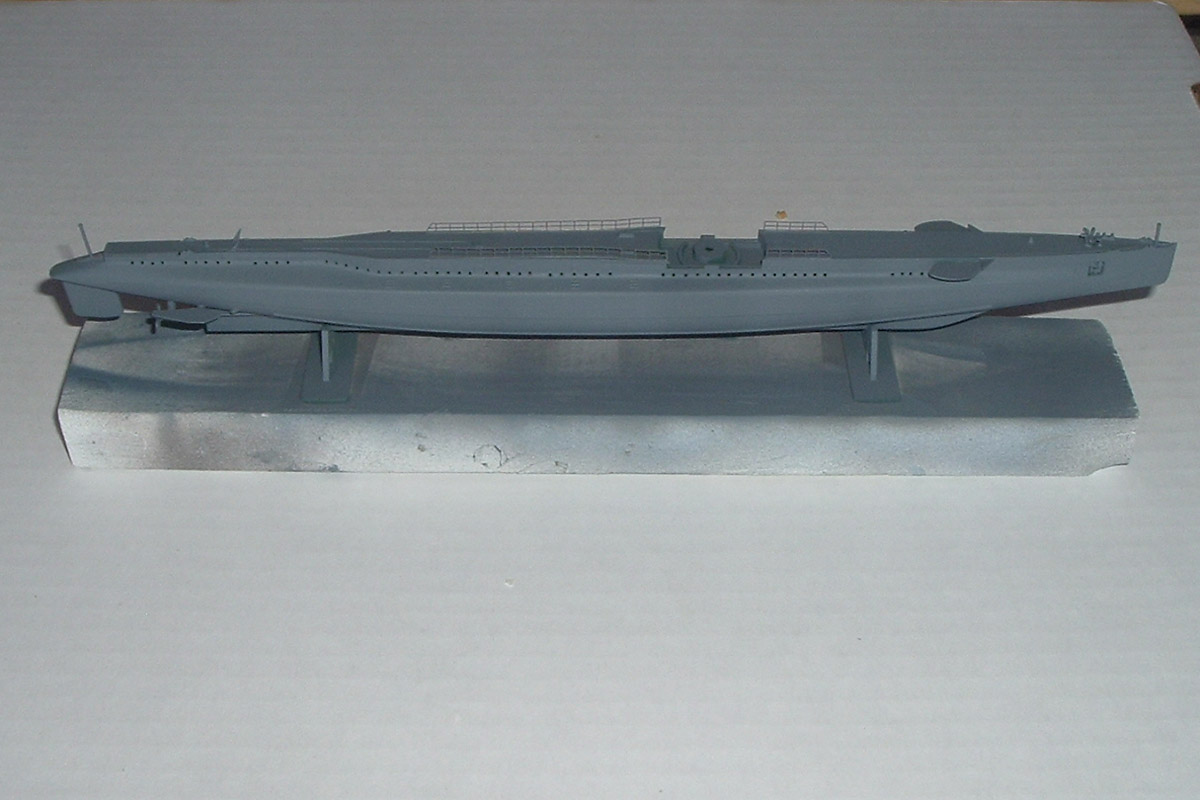 According to my research, the aircraft was not carried by the updated vessel, so all the fittings for it were left off and the locating holes filled with putty.  I had no trouble assembling the rudder, screws and diving planes.

That left me with three pieces to paint: the sail, the gun turret and the hull. My paint choices were made by looking at some grainy pictures available on the Internet and a mention that this unusual vessel took refuge in Plymouth after the fall of France. That meant to me that she was possibly painted using Royal Navy supplies. If so, it looked like they used 507 B and 507 C.

The Snyder and Short paint ships for these colors were used to find the closest available paints that I had on hand.  I started out with PollyScale US Navy 5-L Light Gray for the upper hull, turret and sail. ModelMaster Anti-Fouling Red was used for the lower hull. ModelMaster Gunship Gray was selected for the camouflage colors on the tops of the hull, sail and turret as well as the horizontal surfaces.

Once the paint was dry, the decals were applied.  The boat was rigged using Orvis .003 tippet line. Finally, the completed model was sprayed overall with ModelMaster Dullcoat.

This was ridiculously easy and a nice break from some of the resin ships I've been building. If I hadn't been building it 'on-the-cheap,' I would have bought the Profile Morskie on the boat for additional detailing – and perhaps a better idea of the shades of gray used on it.