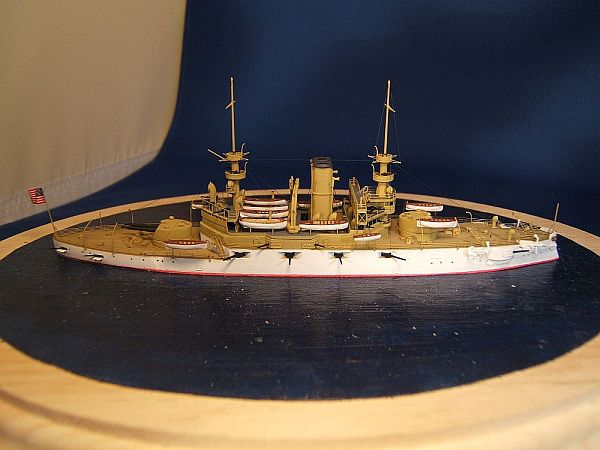 The Nico Models 1/700 USS Illinois Circa 1902 was built virtually out of the box with the only added parts being the lenses for the searchlights, which were from MV Products, part # 300 (.052 diameter). I used Floquil railroad colors throughout: Reefer White, Depot Buff,  Grimy Black for the upper stacks, and Engine Black for the gun barrels. I used Alclad Gold for the bow crest which is a photo etched piece that comes with the kit. Rigging was done with caenis line and stretched sprue, and I used a flag from Tauro Models' U.S. flags sheet. They are paper and are glued and folded to replicate a flag waving in the breeze. The kit has everything you need to build an excellent rendition of the ship as she appeared shortly after the Spanish-American war. It won its class at the Nationals. 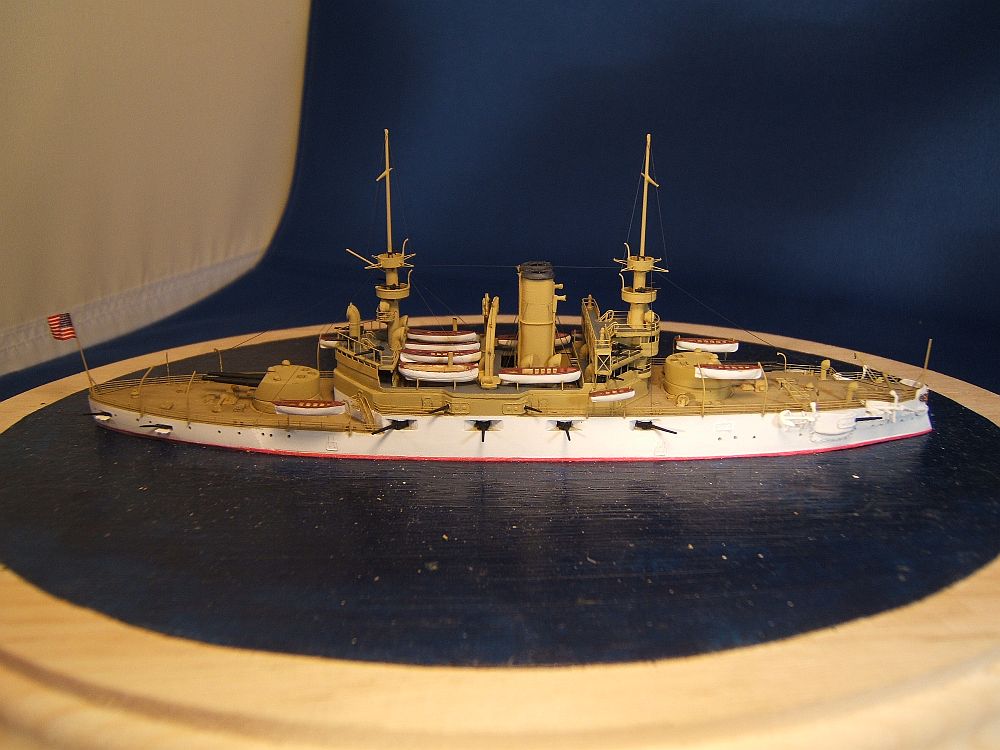