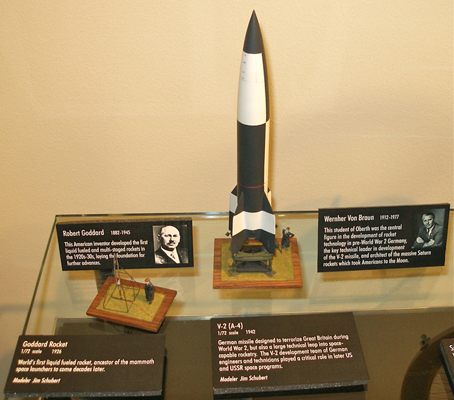 From about 1930 through 1934 the German Society for Spaceship Flight (VfR) began experimenting with rocket engines at their Raketenflugplatz (Rocket Flying Place) near Tegel a bit northwest of Berlin in an, essentially, abandoned, since 1875, German Army artillery firing range and storage facility. This group of underfunded, dedicated amateurs was subsumed in 1934 by the German Army's Ordnance Branch under the command of Captain Walter Dornberger with the charge of, inter alia, developing a very long range artillery rocket missile that could reach London from German soil. As the test engines grew in size the Raketenflugplatz became too small for safe test firings and the whole operation was moved to Kummersdorf, south of Berlin. The Aggregat rockets A1 through A4 were developed here. 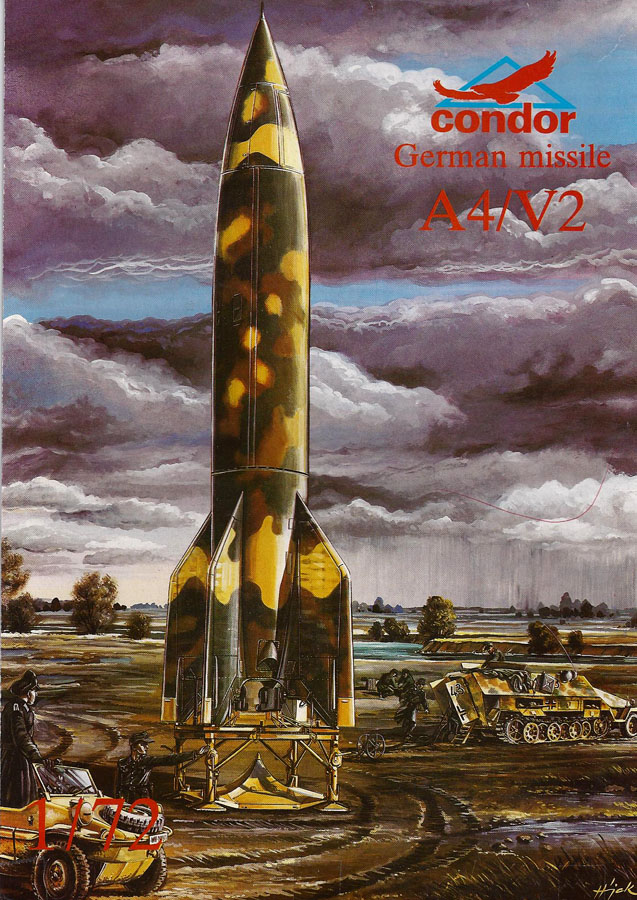 Kummersdorf was too small and too close to built up areas of population to actually launch an A4, so a new test facility was built in 1940 at Peenemunde on the Baltic Sea directly north of Berlin. After many agonizing failures, including some spectacular explosions on the launch pad, the Army finally had a success on October 3, 1942 with the fourth test flight model of the A4 numbered V-4, the V standing for Versuchs (test). The bird rose about 50 miles (~ 80 kilometers) at its apogee in a flight northeast into the Baltic. This vehicle is the subject I modeled. The rest of the history of the A4/V2, V for Vergelltungswaffe (Vengence Weapon), is too well known to repeat here. As a" BTW" I should note that as a sop to the still enthusiastic spaceflight enthusiasts on his team, Dornberger, now a Colonel, let them make a test shot with fuel and oxidizer replacing the payload to see how high they could get their baby to go. It reached apogee at 112 miles (180 kilometers). 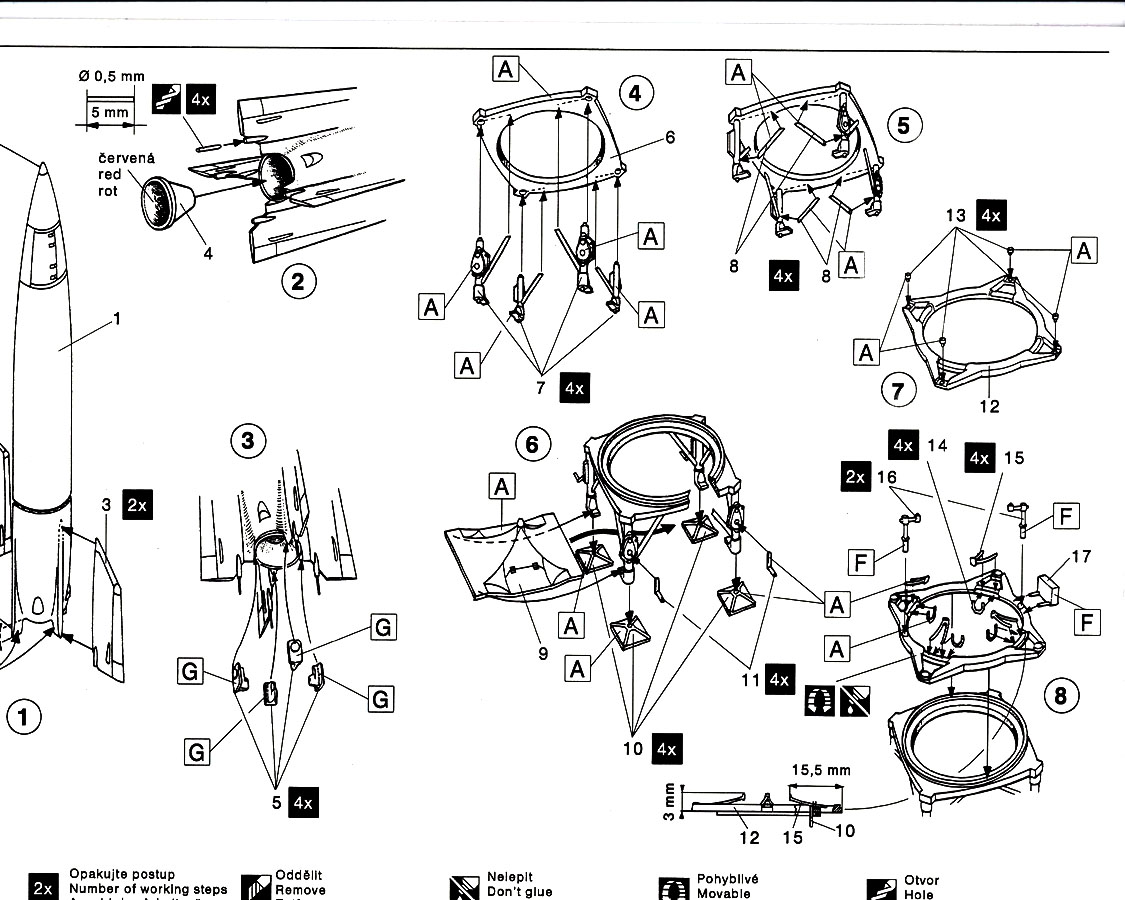 The Condor kit is a mediocre quality injection molded styrene kit conventional in all respects comprised of 43 parts with detail that is a bit soft. Apart from the launching table, which appears to be pretty accurate, the vehicle assembles quickly and easily. The only changes I made to the kit were to sharpen the vehicles nose and replace the radio antennae on the fins.

After the halves of the body had been joined I cut the nose off at a point where the diameter matched a sewing needle that I had at hand. I drilled a hole of the diameter of the needle in the, now flat, nose. The needle was glued into this hole at the proper depth and faired into the body with putty. The styrene antennae were similarly replaced with lengths of sewing needles to make them thin and sharp. The rest of the work was in the painting. Dave Miller, co-webmeister of the Wings of Peace web site gave me a link showing the specific markings of V-4 and a pre-launch photo. I used these as my guide to the masking, a real bear of a job, and the painting, a breeze, of this beastie. 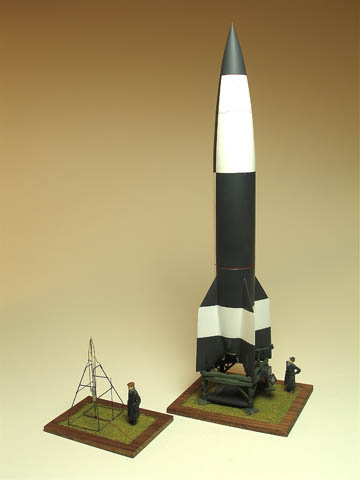 The model was an easy build as noted with few changes made. The research was a lot more fun and interesting than the building, which was occasioned by the NorthWest Scale Modelers (NWSM) agreeing to mount a special model display in the lobby of The Museum of Flight (TMOF) honoring the 50th anniversary of manned spaceflight. Many members of IPMS-Seattle also contributed to this special display. Most of the builders of static scale models in the Puget Sound area are members of both groups.