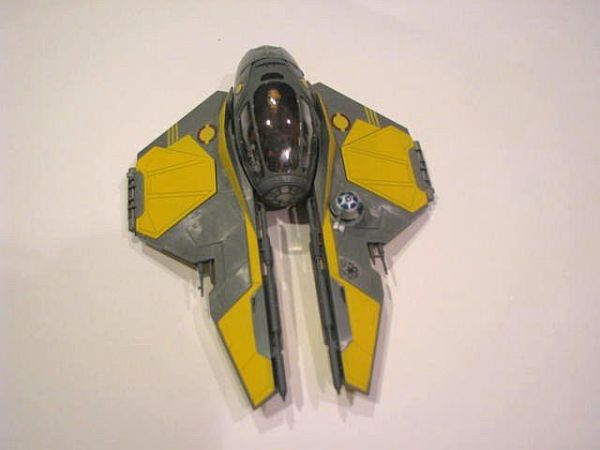 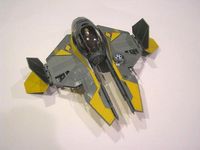 "During the Battle of Coruscant, Anakin Skywalker and his teacher Obi-Wan Kenobi were sent to rescue Chancellor Palpatine from the hand of the Separatists. Anakin Skywalker sets out accompanied by his resourceful droid R2-D2 with the small Eta-2 Jedi Starfighter. The eta-2 Jedi Starfighter is the most advanced fighter craft ever made. Anakin's state-of-the-art fighter has yellow markings, reminiscent of his Podracer that freed him from slavery on Tatooine. Yellow marking were also carried by the Airspeeder with which he hunted the bounty hunter Zam Wesell through the streets of Coruscant. Anakin is reputed to be the "best pilot in the galaxy" and his maneuvers take the Starfighter right to the limits of its capabilities. These dare-devil maneuvers are extremely successful, but not always..." 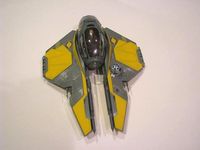 The kit comes in a side opening box with three sprues (two in pre-painted plastic, one clear plastic). This series of kits is designed to be built without any painting being necessary. Nice concept and the execution is not too bad except some of the pre-painted areas are on the sprue gates and you will lose the pre-painted detail from cutting the parts from the sprue trees, regardless of how careful you are. The parts still look nice but touch up painted can be tricky matching the colors and defeats the concept as designed. 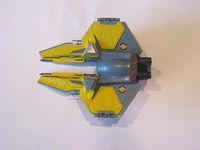 Construction starts with building the wings. The outer wing panels have armored radiators that snap-fit and can be positioned extended or retracted. These radiators provide more power and maneuverability during close-in dogfights. This is where the first glitch happened. In the words of my oldest daughter (11 ½ years old), "the holes are too small for the pins." We had to glue R2-D2 in the port wing after his pins snapped. R2-D2 has handed pins, one being larger than the other that match the holes in the wing, The holes are designed to be snug for the snap fit. However, the holes were too snug and the pins snapped as my daughter attempted to get R2-D2 attached. Super glue 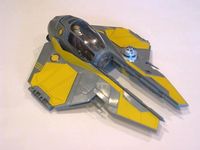 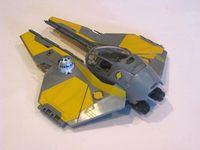 Now, where is Darth Maul?

This kit is exactly what Revell-USA advertises for its Snap-Tite kits: Pre-painted (or decorated, as one reference states) with fairly easy snap construction. Highly recommended, especially if you want to build a quality, easy-to-build out-of-the-box Anakin Skywalker Jedi Starfighter. Thank you Revell-USA for providing the review sample. 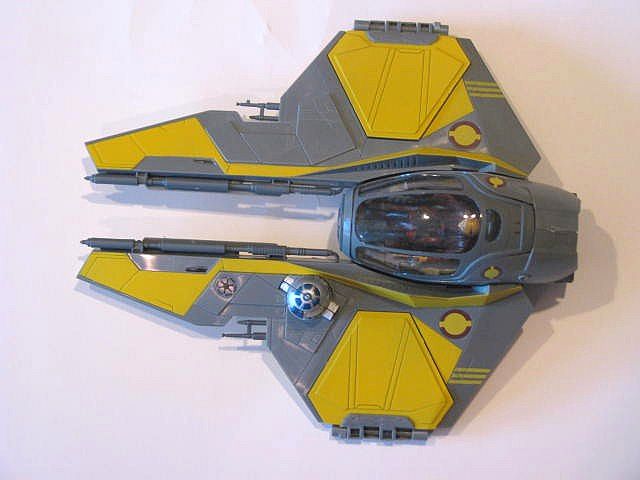 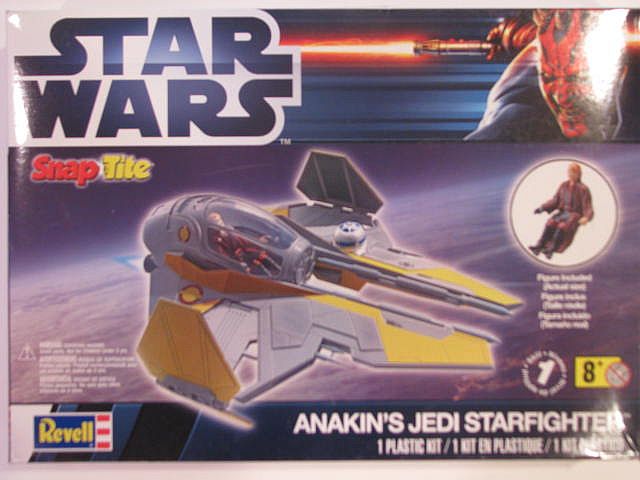 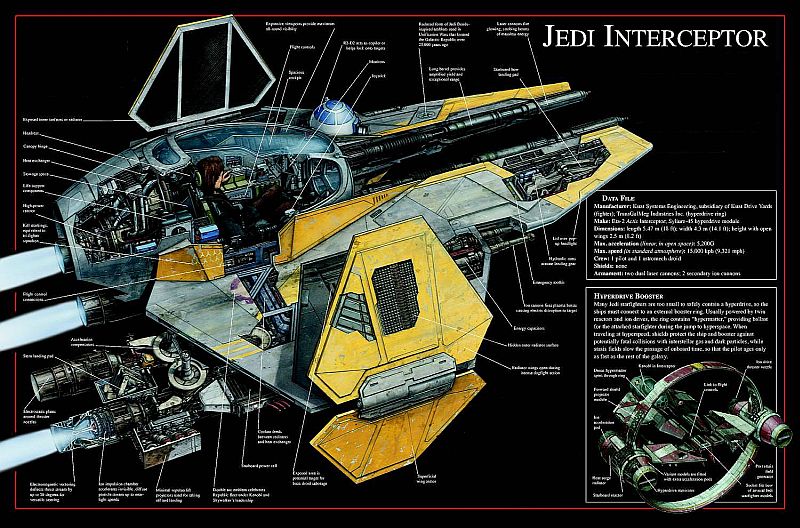