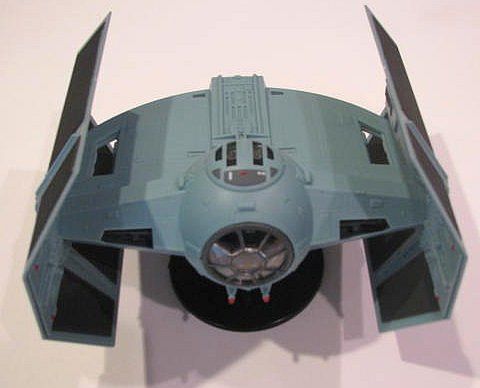 By Winston Gould (With help from Kaitlynn) 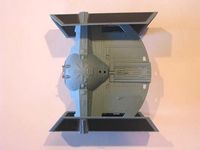 "Darth Vader used this prototype as the basis for the terrifyingly effective TIE interceptor in the Battle of Yavin. Unlike other TIE fighters, this prototype has a deflector shield generator and a simple hyperdrive. Vader's TIE Advanced is armed with heavy twin blaster cannons on fixed mounts but has no life support systems. The TIE Advanced is characterized by a hull of duralloy steel, an extended after deck and unique solar cell wings. The TIE Advanced quickly became one of Darth Vader's favorite ships. Like all TIE ships, the prototype has a drive system consisting of twin ion engines. Its solar ionization reactor is reputed to be much more powerful than the standard TIE fighters. The TIE Advanced has proved itself in battle, as it is capable of withstanding many direct hits. In addition the pilots' chances of survival were considerably enhanced by the incorporation of a hyperdrive system, which enables the ship to escape from battle situations." 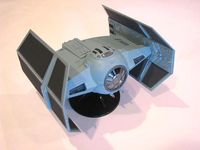 The kit comes in a side opening box containing three sprues (two in pre-painted plastic, one clear plastic). This series of kits is designed to be built without any painting being necessary. Nice concept and the execution is not too bad except some of the pre-painted areas are on the sprue gates and you will lose the pre-painted detail from cutting the parts from the sprue trees, regardless of how careful you are. The parts still look nice but touch up painted can be tricky matching the colors and defeats the concept as designed. 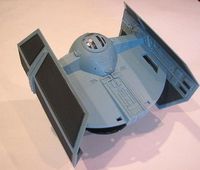 Construction starts with the nicely detailed cockpit, which includes the floor, seat, instrument console and side walls. Darth Vader has an attachment wedge that slots in to the cockpit seat. He has not ejected after many attempts to verify he will stay firmly seated. The laser cannon are attached, followed by the positionable ingress/egress hatch. The cockpit, main TranspariSteel View Port, and Ion Engine Intakes are sandwiched between the upper and lower Wing Pylons. The port and starboard Solar Array Wings are attached to finish the model. A stand is included and allows the TIE Fighter to be displayed in-flight (see photo). In the words of my youngest daughter (8 ½ years old), "this looks really cool." Bring on the Rebel Alliance X-Wing bait! 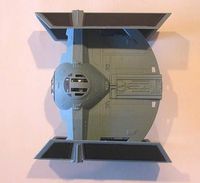 This kit is exactly what Revell-USA advertises for its Snap-Tite kits: Pre-painted (or decorated, as one reference states) with fairly easy snap construction. This kit was the easiest to build (by my 8 ½ year old daughter) without assistance from dad, except for cutting the parts off the sprue. Highly recommended, especially if you want to build a quality, easy-to-build out-of-the-box Darth Vader TIE Fighter. Thank you Revell-USA for providing the review sample. 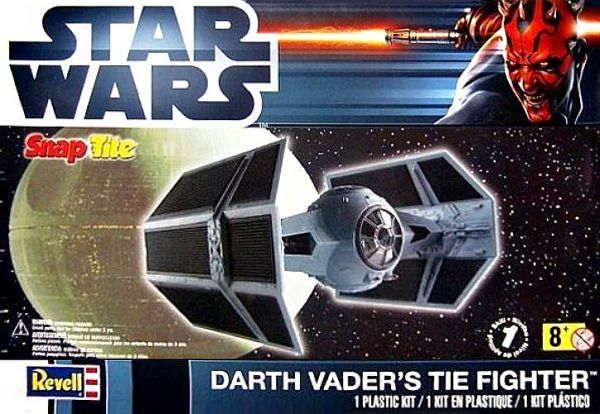 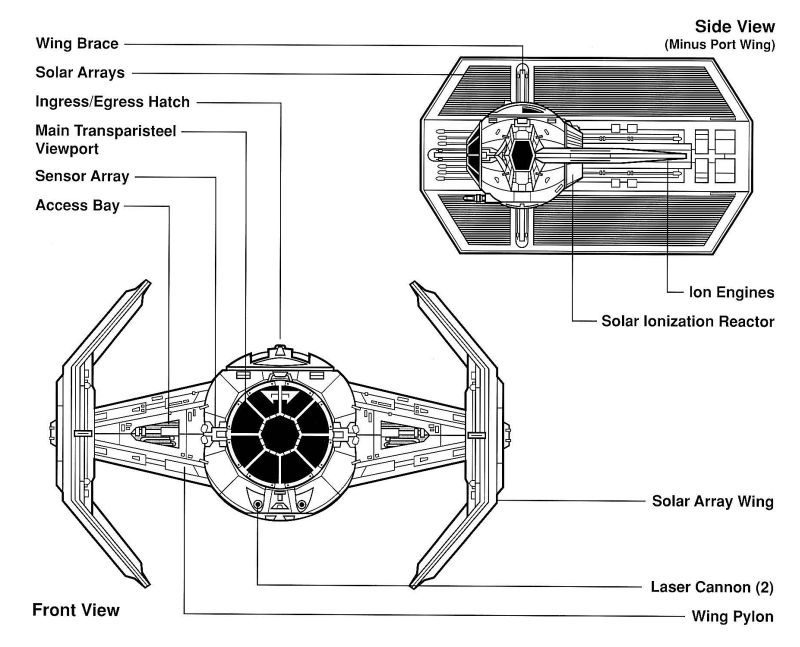