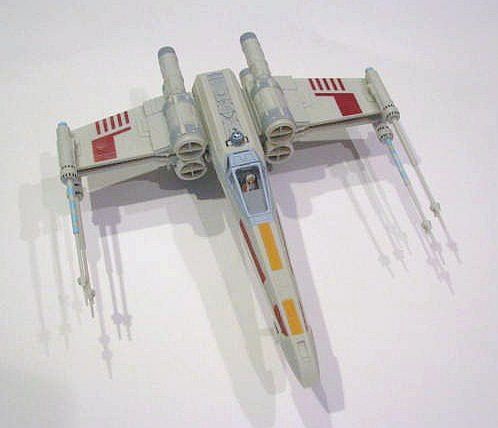 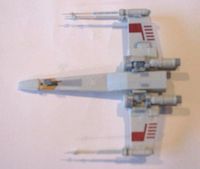 "This is the most important rebel alliance fighter and is one of the most powerful single-seat space ships ever produced. The T-65 X-Wing Fighter owes the name to the double wings one above the other that form an X in combat in order to increase the firing range of the pilot. In addition to four high-energy laser cannon, the X-Wing Fighter has proton torpedoes, deflector shields, hyper drive and a navigation droid. Luke Skywalker prefers this type of fighter. It was used by the young Jedi to destroy the first Death Star in the Battle of Yavin. The S-Wing Fighter quickly proved to be one of the most effective military aircraft in the galaxy. The unusual wing design of the T-65 is frequently regarded as the success formula of the space ship. The pair of twin wings remains closed during normal flights under the speed of light. In combat and entry into the atmosphere of a planet, they can be extended. On the wing tips are high-energy laser cannons that can be fired singly, simultaneously, in pairs or in other combinations." 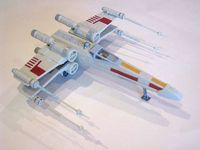 The kit comes in a side openingbox containing three sprues (two in pre-painted plastic, one clear plastic). This series of kits is designed to be built without any painting being necessary. Nice concept and the execution is not too bad except some of the pre-painted areas are on the sprue gates and you will lose the pre-painted detail from cutting the parts from the sprue trees, regardless of how careful you are. The parts still look nice but touch up painted can be tricky matching the colors and defeats the concept as designed.

The surface detail is nice with a smooth finish, engraved and raised detail as appropriate for the X-Wing. The four-page instruction sheet is a black and white, 81/2 by 11 inch sheet folded in half. No painting instructions are provided or necessary. 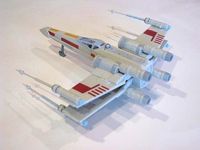 Construction starts with building the S-Foil wing assemblies. These are moveable and are keyed to fit correctly. The Incom 4L4 Fusial thrust engines are attached next. The landing gear bays are on the bottom engines and this is where the kit is a challenge. You must pay attention to the wing orientation and direction to ensure you get the correct upper and lower engines in position. In the words of my oldest daughter (11 ½ years old), "you need to build one engine at a time to make sure you get the right parts." The Taim and Bak KXg Laser Cannon are then attached to the wings. The pilot (Luke Skywalker?) is then fitted to the simplified cockpit. The TranspariSteel canopy is sandwiched by the rear canopy and cockpit. The upper and lower fuselages complete this step. Next attach the R2-D2 Astromech Droid behind the canopy. R2-D2 is a snug fit but may be ejected during severe 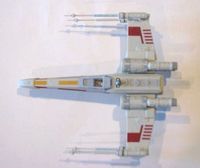 maneuvers, so I recommend some super glue or epoxy to attach him if you want him to survive space-borne combat in the house. The final step is landing gear. Two options are provided, gear down or gear up. If you choose gear up, you do not have a stand for in-flight display. The wings should be closed if the gear is down in accordance with the T-65 X-Wing Technical manual. Now, where is that Death Star?

This kit is exactly what Revell-USA advertises for its Snap-Tite kits: Pre-painted (or decorated, as one reference states) with fairly easy snap construction. Highly recommendedespecially, especially if you want to build a quality, easy-to-build out-of-the-box T-65 X-Wing Fighter. Thank you Revell-USA for providing the review sample. 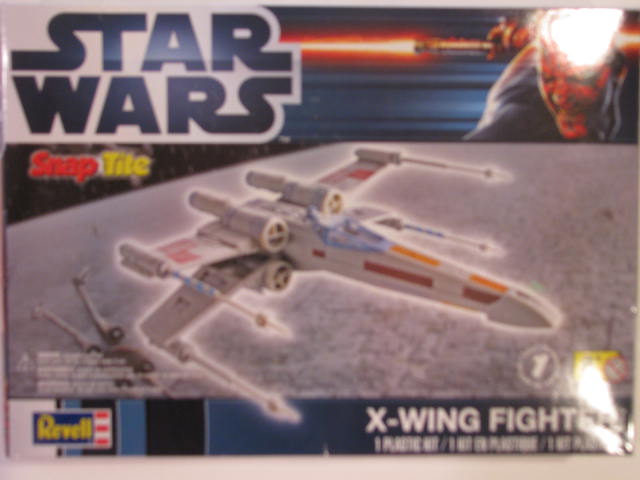 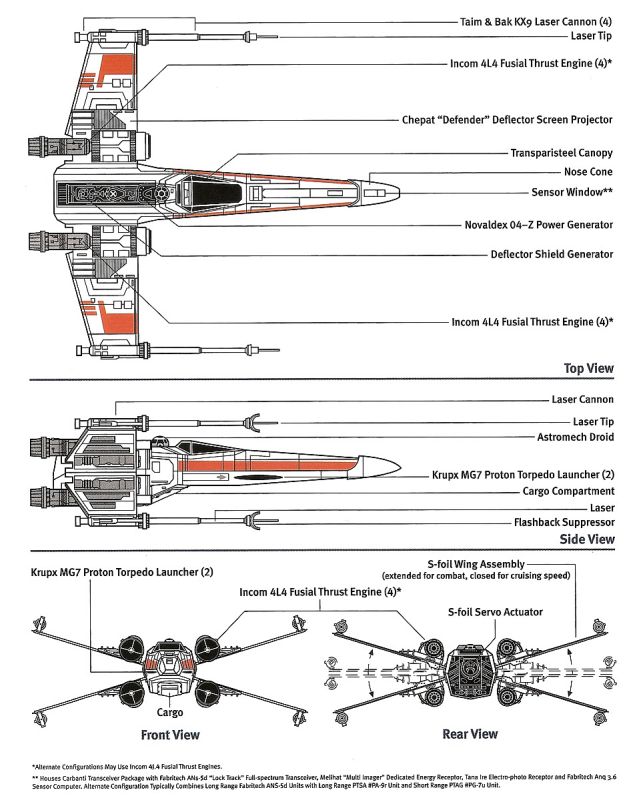