As with every show, this one had both its strengths, weaknesses and controversies. That's inevitable with any endeavor of this size with its mix of personalities and backgrounds. For the most part, and I've been to many shows, I'd give this one high marks. 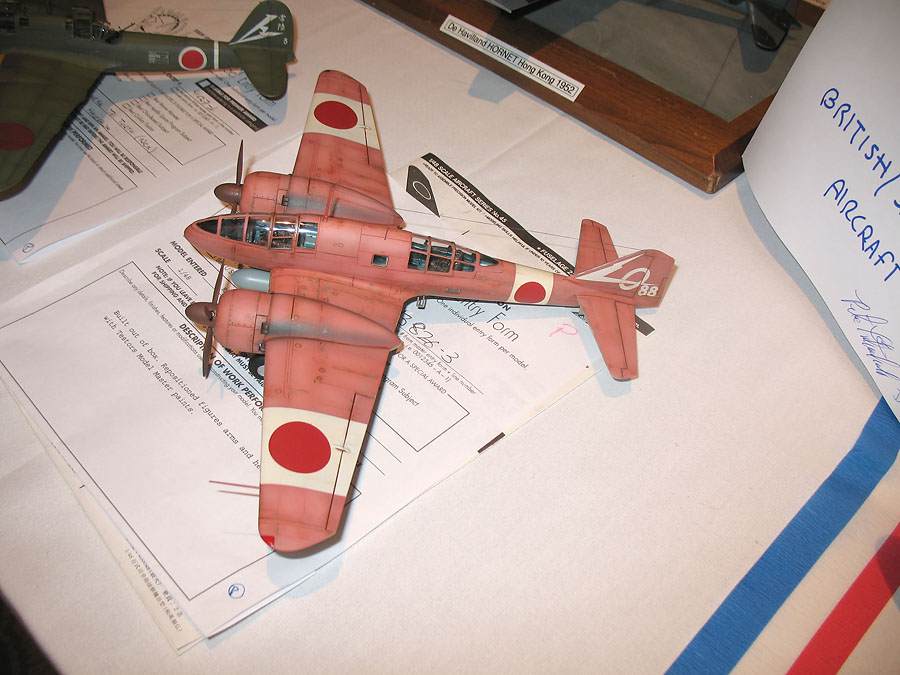 First, I really enjoy going to Columbus. I was there in 1997, and although that part of town has been developed quite a bit, there are still a lot of cool brewpubs and small restaurants in easy walking distance of the hotel and convention center. Now, there's also a cool ballpark nearby; in fact my brother and I took in a Columbus Clipper/Toledo Mudhen game at Huntington Park rather than going to the banquet! (Mudhens were clobbering the Clippers 12-1 when we left in the 6th inning) 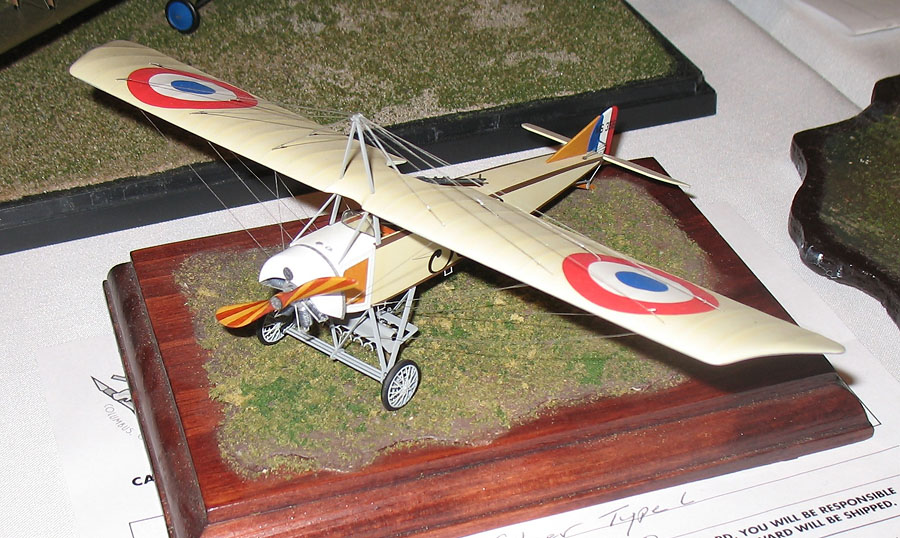 At this show, there were 2520 model entries. Since that doesn't break out the individual models from collections and doesn't count models in displays (non competition) at all, I'd venture a guess that there were over 3000 models there that weekend. I'm told that makes it the second largest show, trailing the Atlanta IPMS USA contest.

For the most part, I'd say that quality was very good. Some of them had that WOW quality to them, displaying hundreds of hours of work and painstaking attention to detail. Opened panels, folded wings, detailed breeches, wired engines, and deeply researched subjects were seen all over the room. Personally, I am more impressed with excellent paint work and good solid builds; at this show, like so many others, I saw too many models that were heavily detailed but had construction flaws! I'm sure it 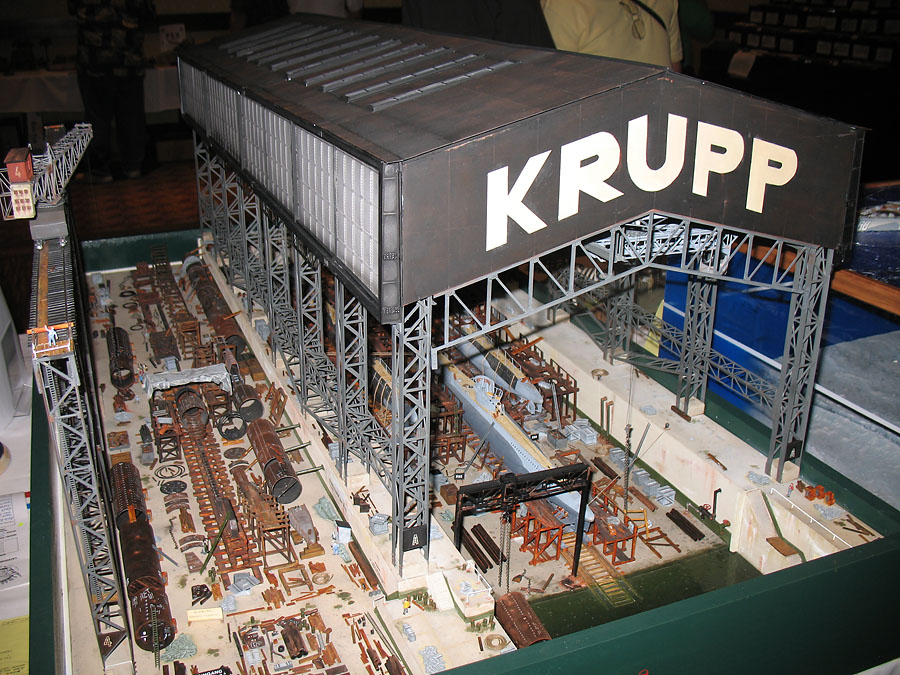 must have been frustrating for some of those modelers to put in so many hours to get shot down for basic flaws that could have been easily rectified. That's why it's so important to have a community of modelers. Then you can show your work, and they might say “hey bud; your stabilizer's on crooked…” or “ that fratistat capulator is backwards!” or whatever. Frequently, we're too close to our work to see the obvious, so it helps to pull in another pair of eyes. 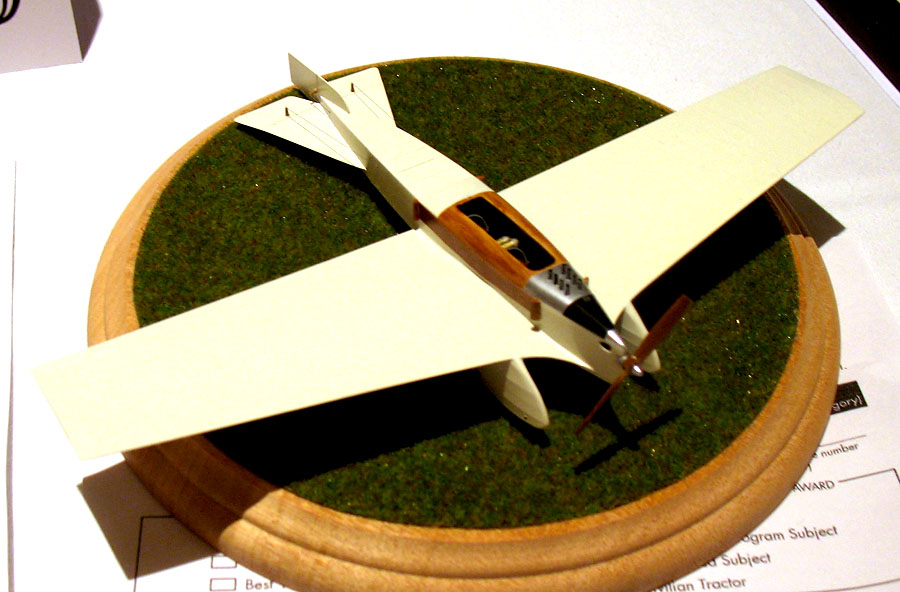 I'm an airplane guy and that will be evident as you look at the pictures. I walked around on Saturday, after the judging was complete (that's what the judges do on Friday night while the rest of us are carousing; they're down in the exhibition room splitting categories and arguing about this stuff – flipping coins, using ouija boards) and it appeared to be utter chaos in the armor area. I knew that the aircraft had its categories set up ahead of time, and the logical splits would take place; that's obvious. I assumed the same would be there for armor. Sure enough, on Saturday, when I walked into the exhibition room, there were the logical splits in aircraft to make them easier for the judging teams to handle. The categories for armor? Not split! There was one category, apparently, for 1/48 and larger, closed top armor fighting vehicles. There 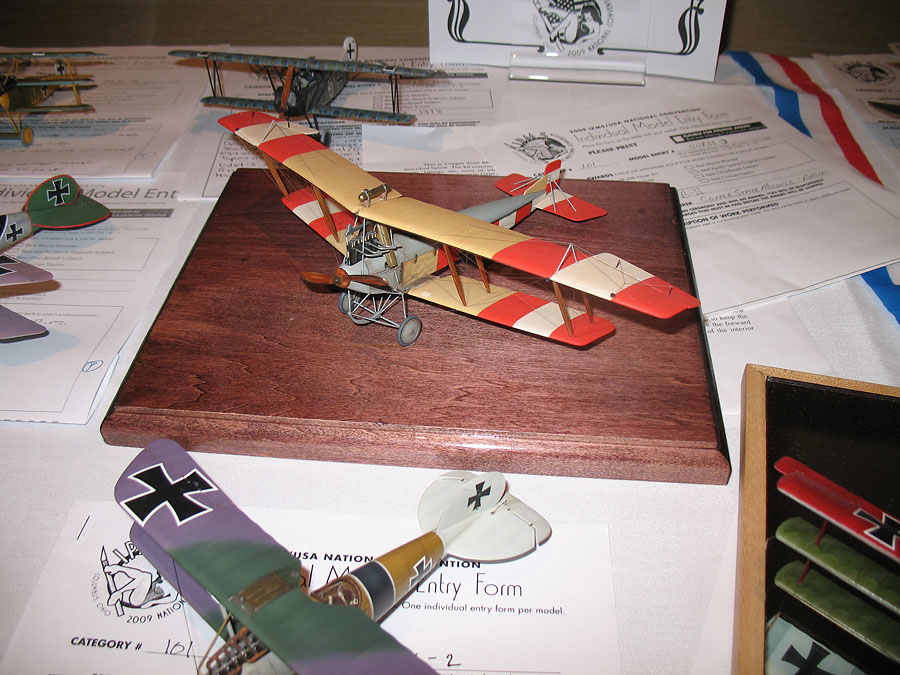 appeared to be a kajillion tanks in a single category, and I was thinking that heads would roll for this. I was told later, though, that the judges HAD made logical splits; they just hadn't put up any signs. That is a communication that may have happened later in the day, but by 1pm in the exhibition room, those of us that I like to call the “unwashed masses” were in the dark regarding the categories for armor. (not that I had entered it, but I like to play “judge the category” and I couldn't tell where the category split was).

The exhibition room itself was dimly lit. That was the comment that I heard most often. I'd like to think that it was romantically lit, rather than dimly lit. That being said, it wasn't very model friendly. 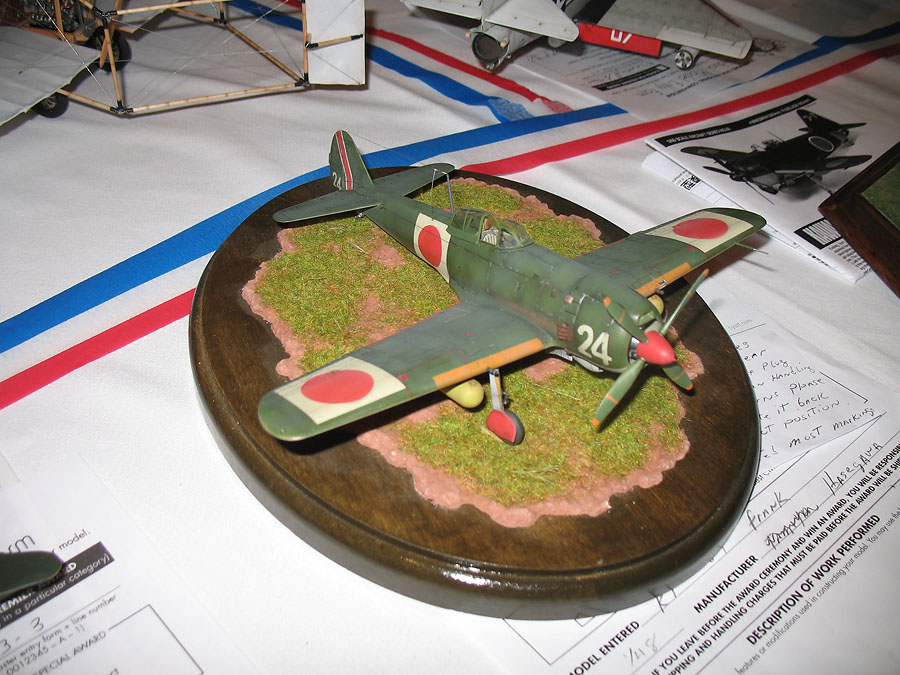 There were hanging lights as well as spotlights, so some modelers placed their work in spots and I think they had a real advantage. If a model was not in the spotlight, it could easily get lost, espcially if it was a dark model, and worse if it was on a dark base. But there's a silver lining to that cloud, for me anyway. My camera's flash seems to have a mind of its own and I always am struggling trying to get the flash-fill to work consistently. If there's just enough ambient light, frequently the flash won't go off at all. Well, in this room, that flash worked EVERY single time! As a result my pictures are more or less decent – any problems with my pictures are strictly my own fault and no fault of my camera. Actually, once I got home and used Hewlett Packard Photosmart to adjust exposure on my pictures, most don't look too terrible. 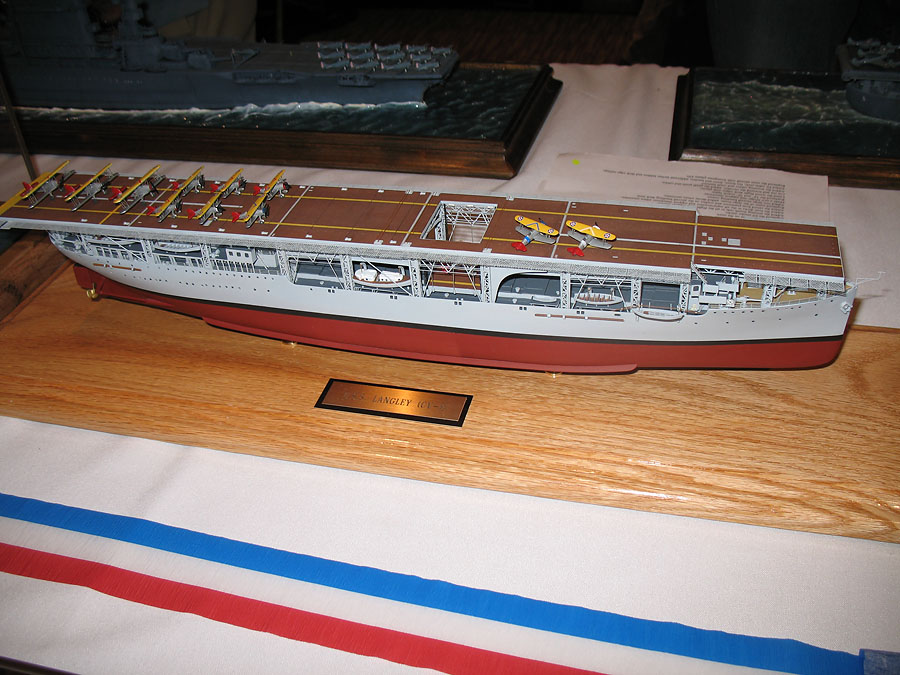 This brings up a philosophical question that I've for had some time, since I was at the Kbely air museum in Prague a few years ago, and my camera malfunctioned, so I walked through without a camera. Does it count to walk through a museum or show without a camera? Just asking.  (No.  Standard credo applies: pics or it didn't  happen.  Ed.)

The shopping was FUN! Columbus had multiple vendor rooms rather than one, so it was like exploring and hunting for treasures. I think they might have completed the theme if show staff wore pirate 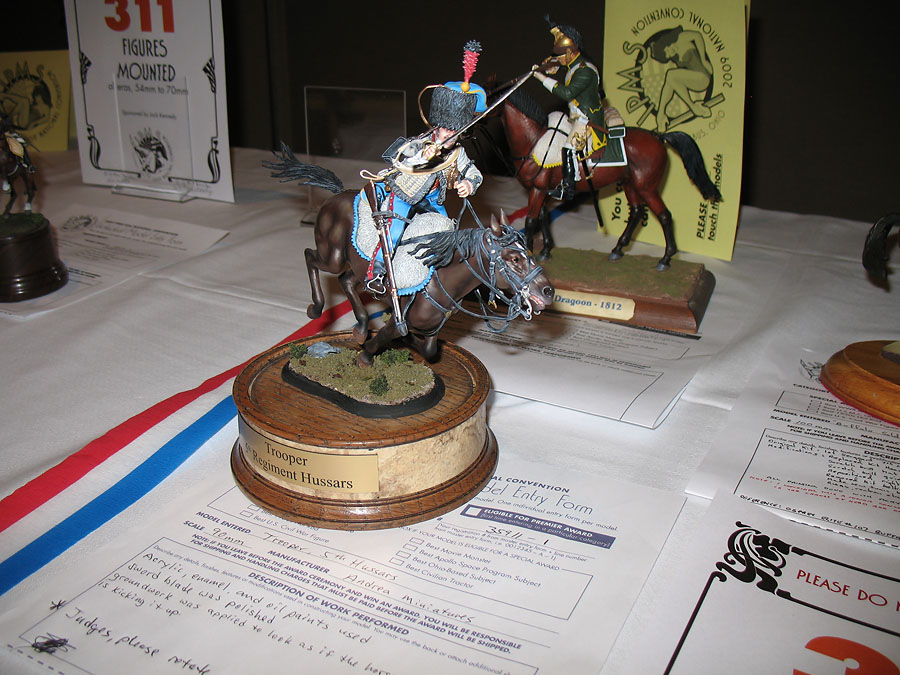 regalia and so forth. ARRR. Treasures were to be found too; There were three quite large rooms and several other smaller rooms full of stuff, and every room was full to capacity. Last year, I went into the vendor room with a shopping list and finished finding stuff in the first 45 minutes; this year, I wasn't really looking for anything, so I wandered around a lot, and bought too much of everything. I think it always works like that, doesn't it. I kept thinking I found a new room (!!) … only to discover I had entered some room via a different door. Normally, I buy lots of little stuff and allow myself one splurge. I didn't get a huge splurge this year, but two mini-splurges: Fly Roland DVI and Karaya Fairey Flycatcher. Other than that, a lot of little stuff as usual. Then I got a LOT of decals and several books. 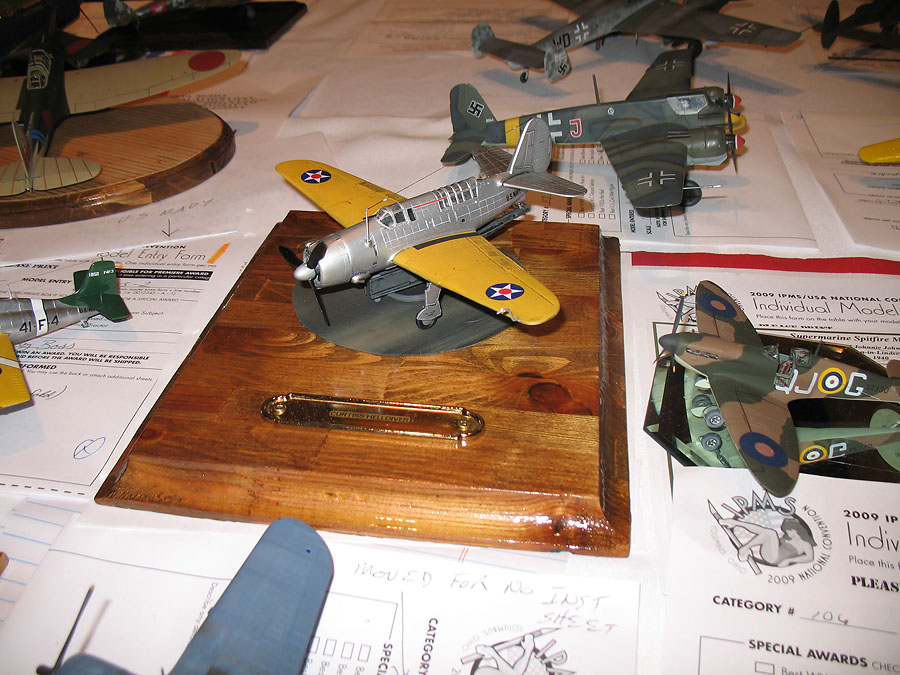 There was a UPS store on the ground floor and I think a lot of modelers used that to send their stuff back home. That is super convenient! I didn't buy anything that I couldn't pack away, so didn't need to do that. I know of one modeler who brought an empty suitcase so that he could fill it with stuff; but now that you have to pay for checked luggage, I don't think that saves any money! I had three categories of booty (more of that pirate theme -- ARRR) that I brought home: stuff for myself, stuff for buddies, and trade fodder. I'll bring some things to IPMS Seattle to see how I might swap, and even try ebaying some things. 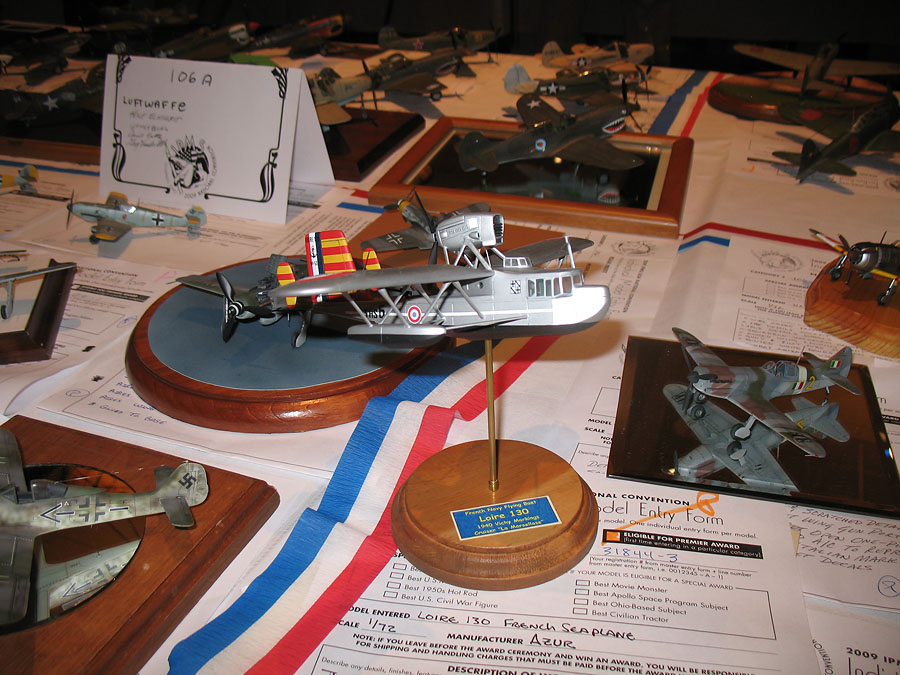 I've included some photos that are of models that struck my fancy; they are not a cross-section of models in the show really. You'll notice a lack of cars, for example, and I didn't even look at science fiction stuff. Sorry about that. I took very few pictures of armor subjects, but was very impressed with the panther group build and have included that photo here. Two of my favorite aircraft models were on the biplane era table; they were a Morane Saulnier Type L and a Lohner (Austrian … not quite sure of the type, sorry). There are decent photos of both here. In ships, there was a fine build of the USS Langley, which I believe garnered a 2nd place to the Harry S Truman, which took all the top honors. 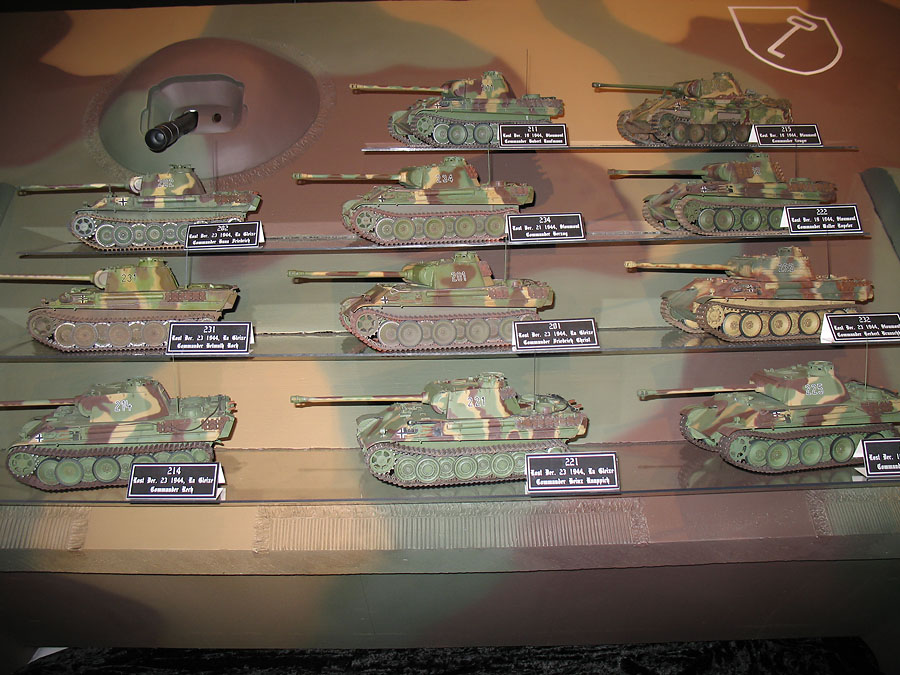 Unfortunately, I'm not partial to modern carriers so didn't take pictures of it! The Truman won its category, Best Ship, People's Choice, and the George Lee award for best model in the entire show. I was impressed with the Jeremiah O'brien that was a few ships down from the Truman though, and its picture is here. The Krupp submarine pen was mostly, if not all scratchbuilt, there's a pretty decent photo of that on this page. I don't recall how it did at the show, but it was very impressive. (it was one that suffered mightily from the dim room) Similarly, the Ki46 on this page was scratchbuilt and was a gorgeous model. The Ki84 Frank had a beautiful paint job, and I believe that the Hinamaru are painted on with 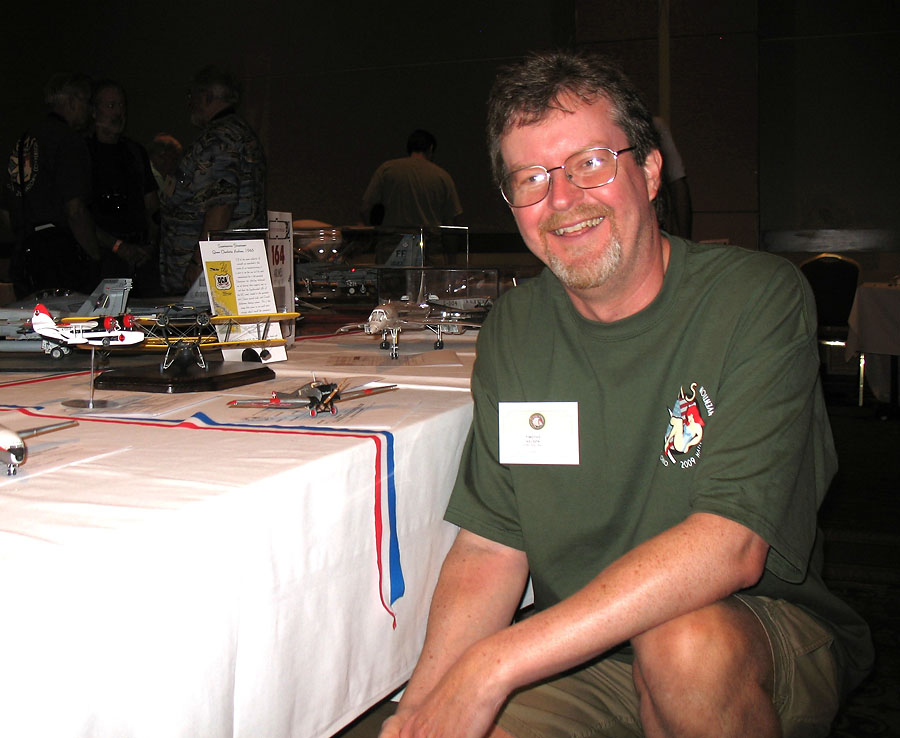 masks. Again, I was very impressed with that model. Smiling Seattle guy with the goatee is Tim Nelson, posing with his Supermarine Stranraer. The little Antoinette was scratchbuilt by Alex Biget who came all the way from French Polynesia to enter this contest! This was his first scratchbuilt model and he did a great job; I wish I did a better job taking its picture. I've sent Internet Modeler some more random photos to spice up this otherwise drab article!

There was excellent organization around the seminars and tours. I had planned on going on the tour of the USAF Museum at Wright Patterson AFB on Thursday, but they were sold out when I went to purchase my ticket. Rather than going with the tour group, three of us 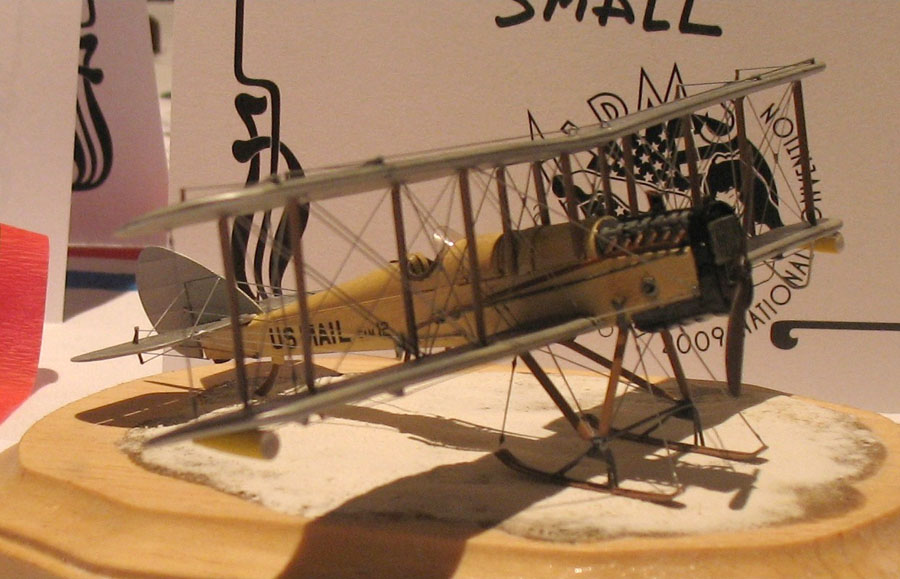 (my brother driving) went up independently that day and it worked out very well. There was a tour to a zoo on Friday, I believe (there is usually something for the family, and you don't want that to conflict with the big tour like the museum). I attended the Thompson Trophy racers seminar on Saturday, and that was very good. Some of the other seminars that were offered (from memory) were airbrushing basics and advanced, painting dinosaurs, several armor building, carrier jets, and many more. There was a raffle ongoing throughout the show, and on the last day, I don't know what was going on, but there was a real feeding frenzy at the table. I have to think that all the unclaimed models were being re-raffled. Just a guess…

In conclusion… please stop his rambling…. 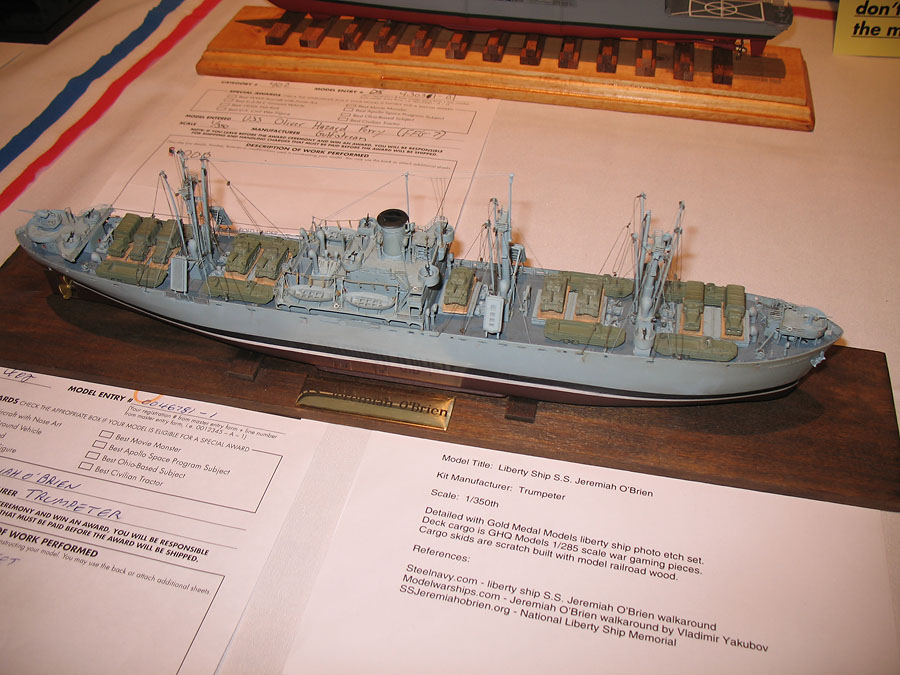 Many thanks, IPMS Eddie Rickenbacker!