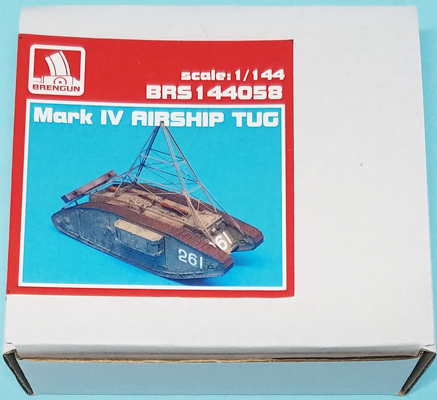 I've already reviewed the first release of Brengun's 1/144 British Mk.IVs, so refer to that article for kit contents and such. The majority of this Airship Tug release is the same, with the addition of more photoetch and markings for one tank, "White 261". Another difference in construction from the other Mk.IVs (and the Airship Tug is another "Female") is leaving off the guns. But other than that, and the additional photoetch, the build will be the same.

I definitely want to thank Brengun for allowing me to review this model. Now I need to have one modeling session where all I build are 1/144 British Mk.IVs.