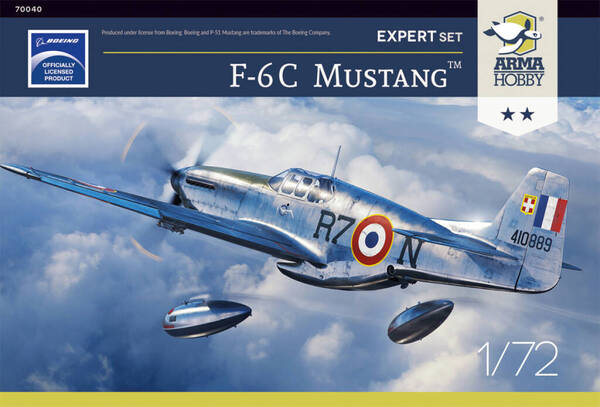 Since we have already provided a First Look at the Arma Hobby P-51B/C Expert Set (which includes markings for one F-6C), and Chris has actually built one, I refer the reader to those articles for what's in the box and how the kit builds.

The differences between the original Expert Set and this release of the F-6C are new masks and photoetch, along with new decals for different markings. Here are the aircraft Arma Hobby provides decals for:

The decals are nicely printed and offer all stencling that was provided for in the first release. Note that Arma has replaced the vinyl masks in the original release with ones made from the beloved "yellow tape". Also be aware that Arma has created the template to create the extra panel specific for the F-6C on the photoetch fret.

Plenty of thanks given to Arma Hobby for providing the review kit.