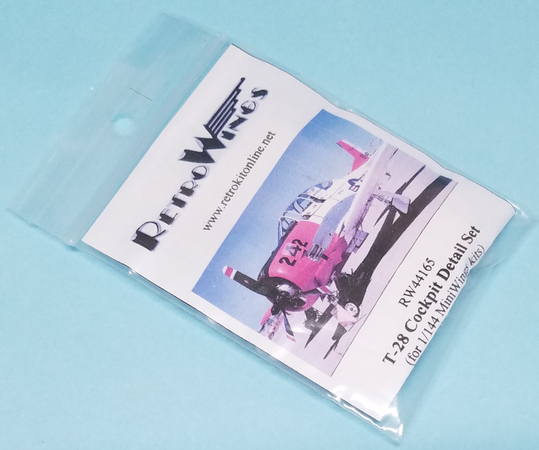 A short time ago, Miniwing released a series of T-28A Trojans. Lately, Miniwing has re-released the kit into a couple of later marks so you have a choice as to which T-28 you want to build.

While the Miniwing cockpit is satisfactory in their 1/144 T-28s, this RetroWing set definitely has more detail and is highly recommended. Open up the canopy and you'll definitely be glad you added this resin cockpit to your model.

Huge thanks to RetrokiT for supplying the cockpit to review. Now to build a Miniwing T-28.