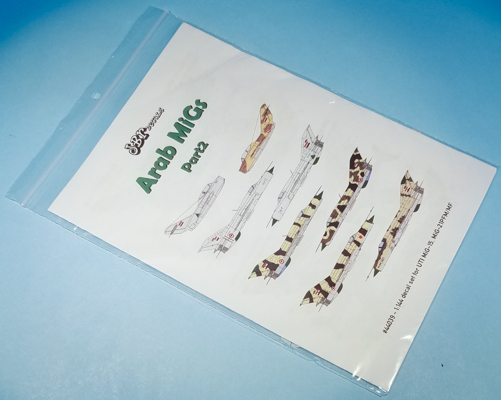 Being the second part, this release from JBr Decals covers different types of MiGs: UTI MiG-15 and MiG-21PFM/MF. Their first part contained decals for only MiG-15s.

Note that Eduard never released the MiG-21 as a 'PFM' so to create those versions you'll need the JBr Decals conversion set, now unfortunately out of stock. Hopefully JBr will re-release this set in the future, along with Eduard re-releasing their 1/144 MiG-21s.

These decals are finished to JBr Decals high quality and are definitely not to be missed.