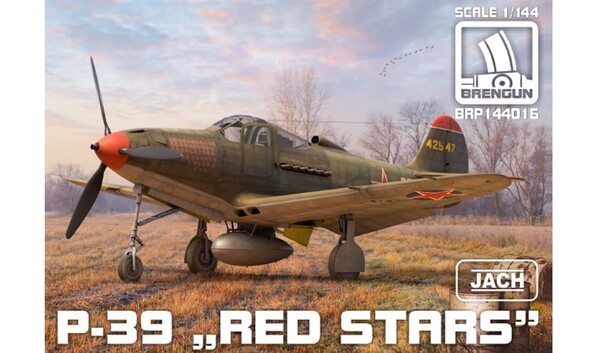 It has been a few years since Brengun initially released their line of 1/144 P-39s. Here's my First Look of their P-39Q released in 2019. For this release, Brengun has chosen Soviet markings to be used on their kit.

I'm not sure about the RLM callouts for Sukhov's Cobra. I would rather think those overpainted areas would have been in VVS colors, AMT-4 on top and AMT-7 underneath.

Now the fuselage is assembled and the stabs glued on, it's time to add the one-piece wing. After it's on pay attention to the version you want to build. For the P-39Q you need clip off the wing leading edge guns. It is in this step you add the canopy and the exhaust stacks but at least for the exhausts, I would leave those off until the end and after painting. Note there are two different types of stacks: one set for the Airacobra I, the other for the other versions.

The Brengun 1/144 P-39 is an excellent kit of the Airacobra in 1/144. It will look great once finished and if you want to take it to the next level, by all means pick up Brengun's own aftermarket and/or RetroWings resin cockpit for the kit.